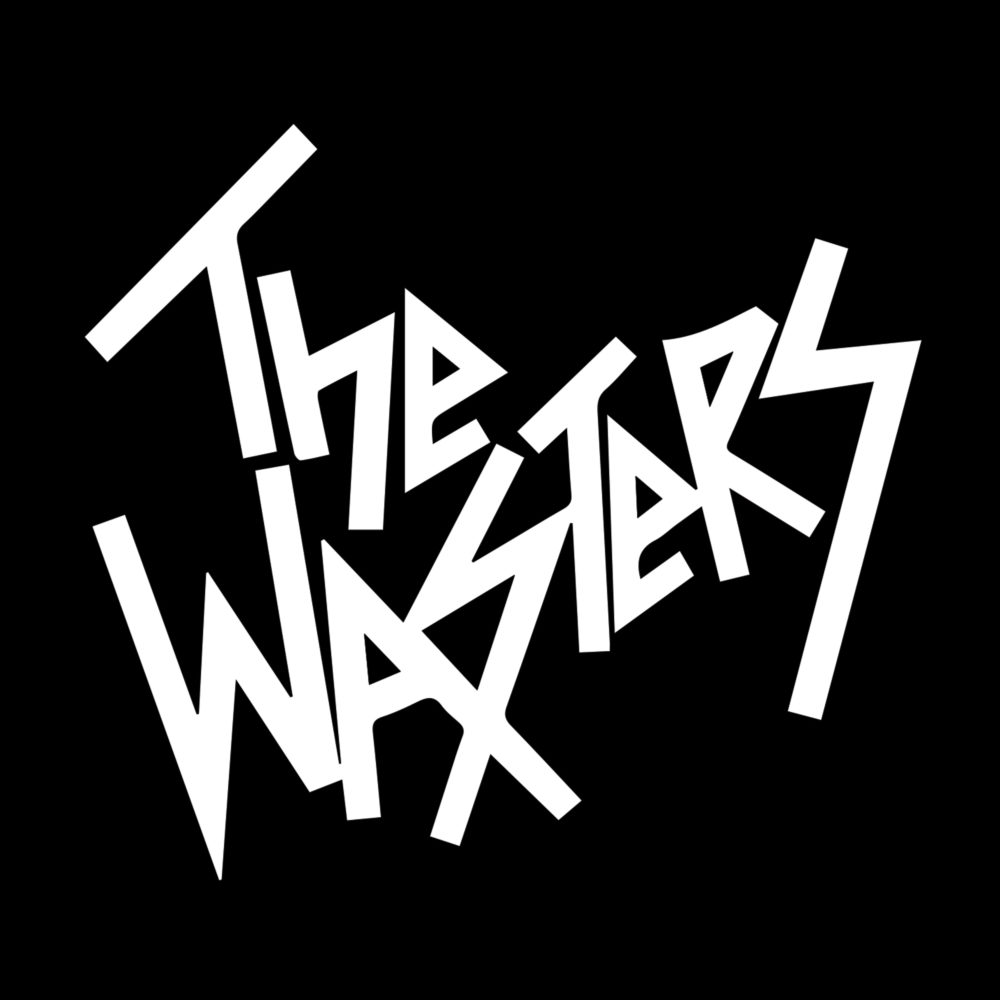 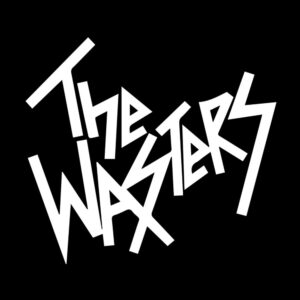 Finally!! The debut album from the Liverpool based The Wasters has after 10 years been released courtesy of Antipop Records, some of these tacks may well have been available in demo form for at least 6/7 years but they have lost none of their intensity as the band went through the usual splits, and line-up changes… having waited for so long, they could have rewarded us with more than eight tracks, but that is a minor gripe.

What you do get in abundance is a collection of tight, finely executed punk bangers in the vein of the Sex Pistols, now that is some claim, I readily acknowledge that, but this really is a stunning album; instead of revving up the beats, and screeching vocals, Wasters have resorted to writing a collection of perfectly constructed songs complete with edgy melodies and sing-a-long choruses. Opener ‘Three Fat Stripes’ has a throwback to the blues feel, yet is propelled by a neat lolloping bass line, measured drum beats and a “kiss my arse” sneering vocal, whilst ‘Another (Pointless War)’ tackles the usual punk lyrical fare with equal aplomb and even a hint of skanking in the breakdown alongside a wicked riff or two.

‘Anti-Freeze’ looks to be the bands get wrecked mantra, it’s a short sharp shock that live would keep the crowd bouncing along, similarly ‘We Will Never Die’ a real snarling ugly number that is again held in place by a tight bass, the perfect platform for the agonised vocal roar. ‘Drink Drink Drink’ could have Messrs Rotton, Cook and Jones wondering if they have been burgled, this could easily be nestled alongside anything on ‘Never Mind The Bollocks’; its got that perfect mid-pace chugging that the Pistols mastered, and vocal phrasing that instantly envisions Lydon’s contemptuous drawl.

‘Happy’ is the standout track, built from a neat riff, accompanying drums and then vocals into a headlong assault, that never stops moving… punch the air rabble vocals, we’re still hurtling forward, swirling guitars, clattering cymbals rain around; years ago this would have been released as the lead single, housed in a Delga Press sleeve and would have flown from the shelves in stores like Probe, Rough Trade, and Small Wonder.

I think I can hear Lydon calling the cops as ‘Nosebleed’ kicks in, trying to report the theft of ‘Submission’… but on top of that Wasters have injected their own snotty charm, making the track their own ahead of closer ‘Will You Be My Friend’ which is a heads down no nonsense kick to the gonads.

The Wasters have stripped things down to the essentials, they play traditional garage, blues tinged punk, clearly influenced by the Pistols, but with elements of later period UK Subs, but they do manage to bring their own style, a modern spirit and a shot of much needed energy to the party; with luck this album will bring them to the attention of a wider audience and should see them challenging some of those first generation bands who are merely going through the motions to secure a pay check. 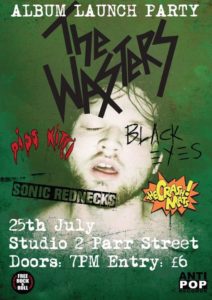 ‘The Wasters’ will be released on Friday 26th July 2019; an album launch is being held Thursday 25th July at Studio 2, Parr Street, Liverpool.