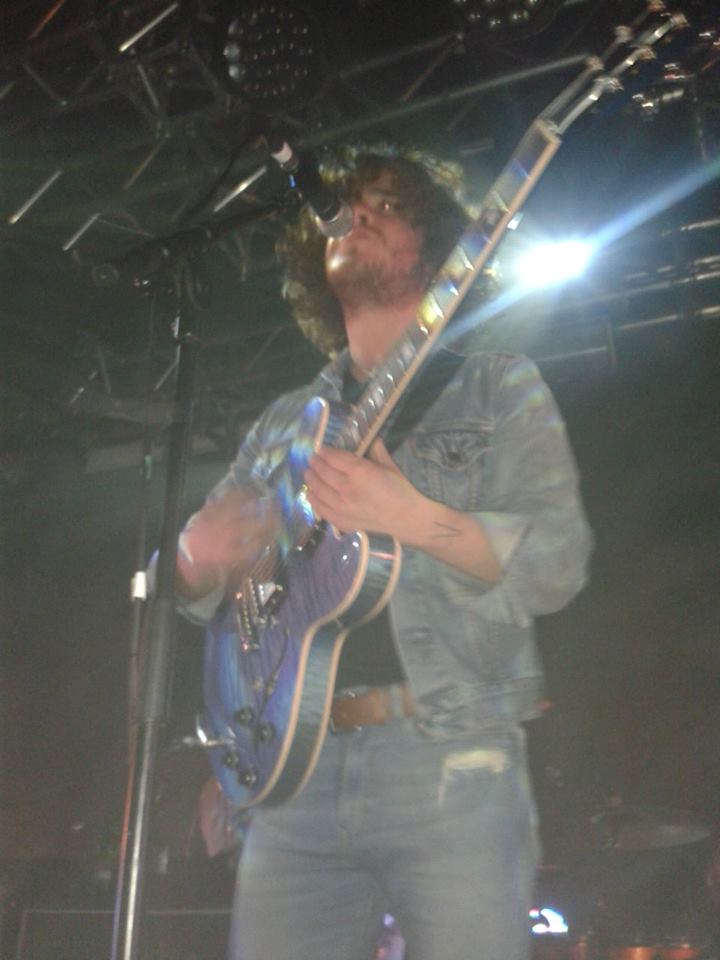 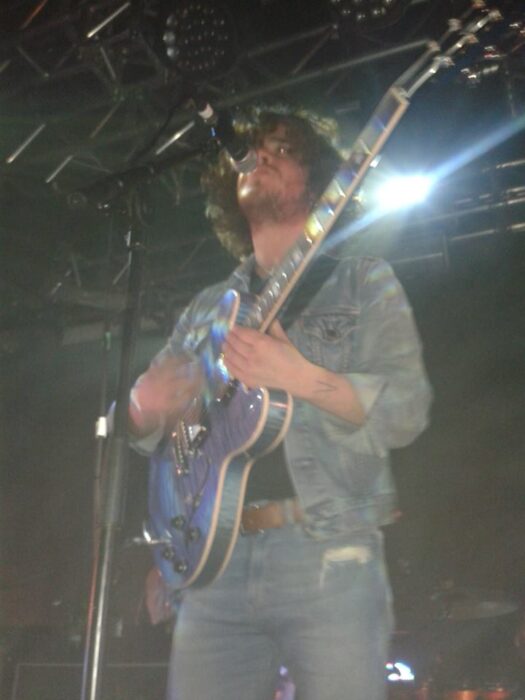 It’s been quite a year for The View, and I’ve had the good fortune to walk some of their path alongside them, starting with an interview earlier in the year, before their show at Camden’s KOKO, when Kyle and Kieron took time out to speak to me about working with Albert Hammond from The Strokes. Shortly after that, Kyle hit the headlines in Scotland for entering the selfsame rehab that old pal and Libertine, Peter Doherty had gone into in Thailand. After that, came T in The Park, casual encounters at Wickerman and now here we are – Edinburgh.

The Liquid Room was hoaching with wee lassies outside when we rocked up, and inside it was how I imagine a Lobster must feel when your dropping it in the pot – hot and muggy. We had missed the amazing Crash Club, but had arrived in time to catch fellow Dundonians, Model Airoplanes, who share musical nuances similar to The View, Libs and Babyshambles. Despite the sound being muddied, my initial assessment was that these youngsters do indeed have it going on and all to play for! Even Kyle stopped in between View tunes to sing their praises: ‘I’m jealous!’ he said affectionately. ‘They’re so talented; it makes me Sick!’ Who am I to disagree?

Earlier in the day, a Glasgow promoter had said to me on the phone, ‘I’d rather go to a Glasgow Funeral than an Edinburgh Party!” Normally that might be the case. However, the normally composed and collected Liquid Room was a cauldron of teenage angst and we entered to the vociferous chanting from the crowd ‘The View, The View, The View – are on Fire!’. The kids are alright and they meant business.

When the View took the stage, it was hot, really hot for October, it was clammy, and your author’s drawers were sticking to his arse! Even the bouncers were unsticking their shirts from their chests, but they were good-humored despite a slightly un-predicatable, menacing air prevailing within and just outside the joint.

The elephant in the room that no-one was talking about, at least for this sober reviewer, was what kind of knick Kyle would be in, especially after the usual disparaging mutterings in the Gutter Press. It’s not an issue! Despite Kyle assuring the audience that he was ‘No drinking!’, tacitly he and Kieron were seen to be having a ball, engaging in warm banter with the crowd, and taking delight in the fact that throughout their show the room seemed packed despite half the audience being on someone else’s shoulders. I had nipped forward into the photographers pit to photograph the set list that Kyle had drawn attention to, due to members of the audience lovingly throwing pints at him. i was taken aback with how long the set list was, comprising of no fewer than 23 tunes, which were as follows: Shock Horror, 5 Bex, Grace, Wasted Little DJ’s, Underneath The Lights, Tragic Magic, Living, Psychotic, Happy, Penny, How Long?, Skag Trendy, Realisation, Cracks, Under The Rug, Marriage, Face For The Radio, The Don, Wasteland/Typical Time, Voodoo Doll, Same Jeans and Superstar Tradesman.

On top of these, they added two more, and then when the rest of the band had left the stage, Kyle remained, one singer, one song, in great form, treating us all to a heartwarming rendition of Oasis’ ‘Sally can Wait’ !

The night was definitely a Masterclass in what it means to be Scottish. never-minding-the-bollox, this is what it REALLY means to be a Minstrel and Bard; To sing and dance and have a laugh and enable everyone else to do the same, drunk or sober. Did rehab work? Who cares! The View are one of Scotland’s hard working Gems, the new stuff that Albert Hammond from The Strokes produced, like ‘Marriage’ is outside their comfort zone and takes some getting used to.

However, When Kyle and Kieron swapped instruments and roles with Kieron fronting the band, they really demonstrated a versatility, and Kieron was so on-form, that it was all this guy could do to stand back and smile in utter admiration. Mo, as per usual, sat behind his kit, bare-chested like a caveman showing that he is one of the best drummers in Scotland. Altogether, everyone who attended this gig was treated to the best all round show that I’ve attended at the Liquid Room since I’ve been in Auld Reekie. Five Stars! Excellent!

All words by Harry Mulligan, whose Louder Than War author’s archive is here.