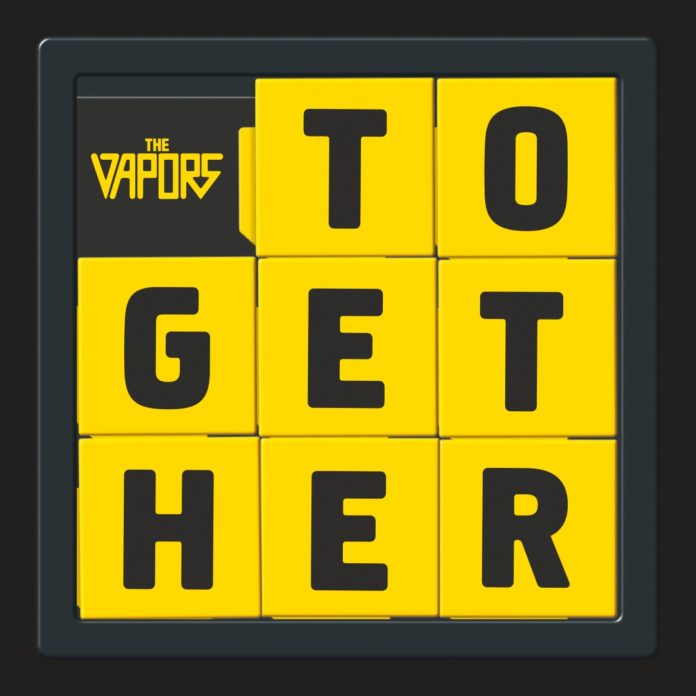 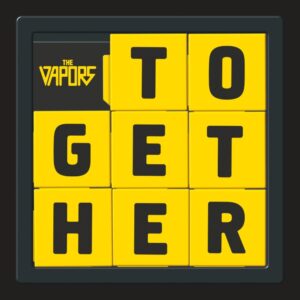 Classic new wave power pop band return with their first new material in nearly 40 years and show that they still have plenty of hooks up their sleeves.

The Vapors returned to the stage a few years ago, jumping back in a van and heading up and down the UK on a seemingly non-stop tour. Pleas from fans in the States saw them head over for more shows. But the fans have been clamouring for more. Every social media post of “Stay tuned for an announcement” has been met with a flurry of comments pleading for a new album and new songs have slowly been worked into their live shows. Now, finally, they can announce it.

It’s been 39 years since their last album, their second, Magnets, and a full 40 since they (almost) hit the top of the charts with Turning Japanese. The song has overshadowed much of their better work and they followed the story of many power pop bands of the era. A couple of albums, one hit single that will be included on compilations until the end of days, and then nothing. The desire for new material from fans was always going to be hard for those who have spent decades soaking in such hook-filled new wave pop nuggets, but the band have returned with an album that more than satisfies and at times still hits the highs of their previous work.

As soon as the opening guitar riff of the title song sparks up to start the album, the sound screams pure Vapors, and, when Dave Fenton’s unmistakeable restrained vocals come in, the song transports you straight back to their first crack of the whip. It’s an unabashed call for solidarity wrapped up in a reminiscing of old times. Pure and unadulterated fun and exactly what is needed right now. It’s the perfect time for such a sentiment.

They follow that start with Crazy, hammering home how, while they may not have hit such commercial heights as their successors, their propulsive rhythms and buzzsaw guitars have continued to influence through the years. The coupling of plucked high arpeggios alongside crunching licks that spurt out, the pumping simple bassline running along over tinny snare kicks while the vocals flow over lackadaisically could easily summerise the early sound of a certain New York five-piece who themselves have just made a return. The Vapors trump them on all fronts, however, and make it feel like time has stood still since they first appeared.

They still have the starry eyes of lovestruck teens in mind as well as times, just as when they came out with Waiting For The Weekend. This time, on their return, however, instead of tight distorted guitars, it’s a more haunting acoustic-led number. Fenton’s vocals skirt the closest he’s ever been to Bowie and the reference to Life On Mars pins his heart to his sleeve. The initial effect feels a tad Flight Of The Concords, but listening closely to the rest of the lyrics, there’s clearly a darker story behind it and getting past that first impression rewards on further listening.

The band know exactly what their own history means to their fans as well. Their debut album contained the wonderful Letter From Hiro, the envisaging of penpals on opposite sides of the outbreak of the Second World War. Finally, the band send a reply with Letter To Hiro. The song is their anti-war ode to the fact that no one wins in the end. It marches along with a spidery riff crawling all over it. The call and response vocals drive home the army theme. Nuclear Nights, which closes the album, is also a clear wink back to their past, but is a strangely plaintive way to finish off the record. It’s almost like they are signing off with a sigh rather than pushing up higher. The guitar riff takes off as they hit the outro as Fenton sings back to his followers, “You can always be my friend.”

No one would have ever expected the band to return after nearly four decades with the same intensity in their pop melodies that they had around the turn of the 80s, but The Vapors have certainly returned with a strong third album. It’s wonderful to have them back and, now they are, we can hope that the album is not an isolated case.

Listen to Together and Crazy below: