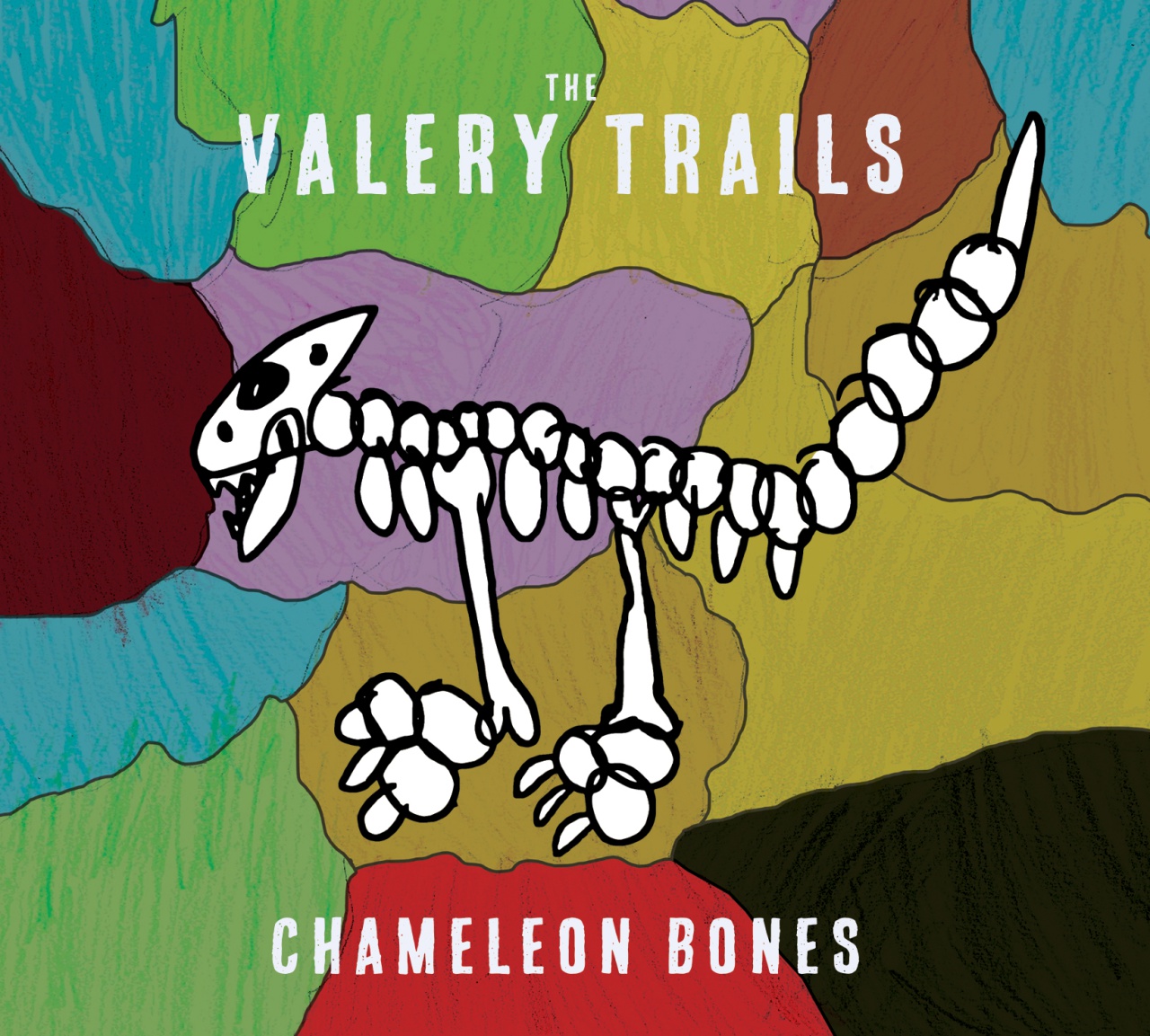 The Valery Trails’ third record lives up to its name as it blends into grungy backgrounds. But is it a move that’s successful? Sam Lambeth dips his toe in.

Even before the needle hits Chameleon Bones, it’s easy to gather what musical direction we’re heading into. A grungy-looking trio, earnest song titles, production from Bryce Goggin (who produced, among others, The Lemonheads’ sad, classic Car Button Cloth). Those assumptions are indeed correct as soon as the opening ‘Ok’ glides into view – it’s time to don the flannel and fawn over Bridget Fonda, for we’re now knee-deep in ’90s nostalgia.

Australia has a knack for producing fine grunge outfits, from The Welcome Mat to Smudge and, latterly, Courtney Barnett, and The Valery Trails do a decent job of matching them riff-for-riff. The chief influence beneath the scuzz, though, is clearly R.E.M. ‘Ok’ has the playfulness of the Green era, while singer/guitarist Andrew Bower wraps his Antipodean affection around as many Michael Stipe-isms as possible. By the time we get to the title track, the only way Chameleon Bones could be more R.E.M. would be if Bower painted his face with a blue stripe and sang at a benefit for long-haired llamas.

Of course, emulating such a adored band is not a bad thing. Second song ‘Cordless’ matches the Athens’ band sense of grief with a guitar riff that weeps like J Mascis during his ’90s pomp, while ‘Doesn’t Have To Live Here Anymore’ may slightly pilfer the heart-on-sleeve sleekness of Toad the Wet Sprocket, but it matches it with harmony-heavy lyrics that lilt and plead like an Out of Time offcut. Closer ‘Change My World’ similarly has the unmistakable burr of Stipe and Peter Buck’s roughed-up jangle.

When The Valery Trails cut loose, it’s just as refreshing, particularly on the sludgy stomp of ‘Fall Around’, which brings to mind Bandwagonesque-era Teenage Fanclub.

Chameleon Bones is a solid record from start to finish, but alas, the Aussie rockers suffer from emulating a sound that has already been diluted profusely. It’s the best R.E.M. album since Reveal, but that isn’t offering a lot.