LTW’s Katie Clare meets up with Justin Young from The Vaccine’s in Tokyo where they talk expensive food, Brit’s and musical choices

As I give way to the gleefully animated Japanese TV crew departing The Vaccines dressing room, it is clear the excitement and interest that started even before the release of their debut album continues unabated since the release of their second. Arni is engrossed in his laptop and as Justin unfurls himself from one of the rooms armchairs, to greet me, it is reassuring to find the bands front man in not only in a relaxed mood but cognizant after all The Vaccines are just one show away from completing yet another extensive worldwide tour.

LTW: Welcome back to Tokyo, you are quite the regulars here now. Last year a headlining gig and Summer Sonic: with all these visits have you gotten a chance to enjoy the city?

Justin: Yes, this is our fourth time here in two years, and yer Summer Sonic was awesome really fun. I love festivals when you play more than one city with the same bands itâs kind of like punk rock summer camp. I guess not so much sightseeing but we always go vintage shopping in Harajukuâ¦â¦

LTW: That would be expensive.

Justin: Ridiculously expensive but then everything is super expensive in Japan. We are big fans of Japanese food so we try to go to good places to eat. But the city I guess just kind of sucks you up doesnât it and it hasnât spat us out yet so we are still exploring. We went to Nagoya for the first time yesterday â¦â¦ I liked it and I ate good chicken wings there.

LTW: So thatâs Fuji Rock and Summer Sonic done, how about Hostess Club Weekender next?

Justin: I saw that great line up last year and well you know Hostess is a great record label so their weekenders are going to be great and of course I would love to do it yer.

LTW: Letâs hope, I mean after all you are essentially a touring band.

Justin: Yes we started touring July 2010 and we havenât really come off the road since then. We are all really good friends and it is exciting going to places with your friends. I never went travelling or anything like that and so to see the world and have a sense of purpose when doing it is amazing. Obviously you can get insanely bored, crazy with the same people but the show makes everything worthwhile. I think you can always learn a lot more about a place by going out afterwards, rather than sightseeing in the day, meeting people for drinks and going places at night – I mean how could you not enjoy it? I do like when Iâm flying home and I start to see the cars, the buildings of London, but when I get home now I get really bored after two or three days, just donât know what to do with myself, I miss touring and that pace of life: I just love it.

LTW: The new single âBad Moodâ is due March 4th and Freddieâs turn to do the B-side. What has he come up with for us?

Justin: Freddieâs B-side itâs good, he did it with his brother Tom and itâs got a vibe. I donât know the name of it, but it really is good. I am really happy with all the singles in the singles club. We might be making some new music in March as well not sure if we will do a single or an EP, weâve been writing so weâll be going into the studio with that then.

(Breaking News update!!! The song is called ‘Living Out Your Dreams’)

LTW: Just after The Brit Awards, for which The Vaccines are British Live Act nominees.

Justin: Itâs insane. I donât think any of us feel like we have made our seminal record yet but what we do pride ourselves on is our live show and to be recognised for that is an amazing feeling. To be amongst those artists who are some of the biggest bands in the world is mind blowing. I still feel like the underdog, I still feel shocked.

LTW: How relevant do you feel The Brits really is?

Justin: As an institution – massively. I guess making music competitive is in itself a weird concept and not one I am entirely comfortable with. I like to see The Brits as celebrating the entertainment side of music rather the artistic side, I mean I donât think weâre going to win, and I wonât feel like a loser when we donât. It is fun and it is a pantomime, which you find in theatre, in cinema: everywhere. I love pop music, I love the glitz and the glamour of it all it is something I was seduced by as a child, Iâd watch The Brit Awards every year and Iâd get the CDâs – so yes maybe I am looking it through rose tinted glasses, I just canât take the competitive element of it seriously.

LTW: Perhaps being a little competitive is just human nature.

Justin: It is and I think I probably am a competitive person too, but music is so subjective how do you quantify it?

LTW: It is the same with writing about music too.

LTW: The initial introduction is still important, a bands live performance could blow you away something youâll not find out reading a CD review, but you need to know they exist.

Justin: Yes sure and there are some really great live bands who don’t make good records â¦ and vice versa. The volume of new music makes it impossible to pin point some times, we are the iPod generation and so I listen to new stuff every day and every website has ten new bands a day. I am not the biggest live music fan, sounds terrible but I just really prefer listening to records.

LTW: Well letâs talk about records, one of the best from last year was the âPlease Please Do Not Disturbâ EP. Are there plans for more free music?

Justin: I really want to keep putting out free pieces it is a goal of ours and a plan to keep up with it regularly, we were going to do it the past few month but we got caught up writing â we were side tracked, there will be more free music.

Justin: Yes Iâve got a list of them. Iâm always hearing songs, to add. Iâve really got into Arthur Russell and whenever I hear â¦ actually whenever you wish youâd written a song you want to cover it.

LTW: Is there is any song you would veto?

Justin: No I am open to anything.

LTW: So The Vaccines 2013: an American headlining tour, a UK arena tour and new music â¦ what else?

Justin: That will do me. Playing shows and making music are why you start a band and the fact we are doing both in abundance is pretty sweet. Weâll come off the road in September and maybe just take some time to write the next album. So yes home tomorrow for a week then straight out to the States to Boston and thatâs the start of the USA tour and from then on its just go go go.

The Vaccines 12 date US Tour runs until February 15th. The UK arena tour will stop off at Margate Winter Gardens May 1st, London O2 Arena May 2nd, Carlisle Sands Centre May 4th, Leeds Millennium Square May 5th and Llandudno Cymru Arena May 6th. Tickets via usual agents and directly through the host venues where available.

Photo and interview by Katie Clare. More writing by Katie on Louder Than War can be found here. 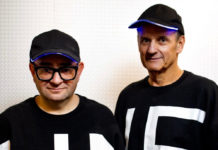 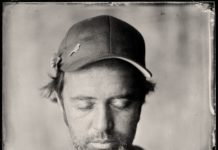 “I will fight to make things beautiful”: Beans On Toast – interview

July 8, 2017
We use cookies to ensure that we give you the best experience on our website. If you continue to use this site we will assume that you are happy with it.Ok