Home Music Bands The Uptights: It Is For Them That the Lights Twinkle – album... 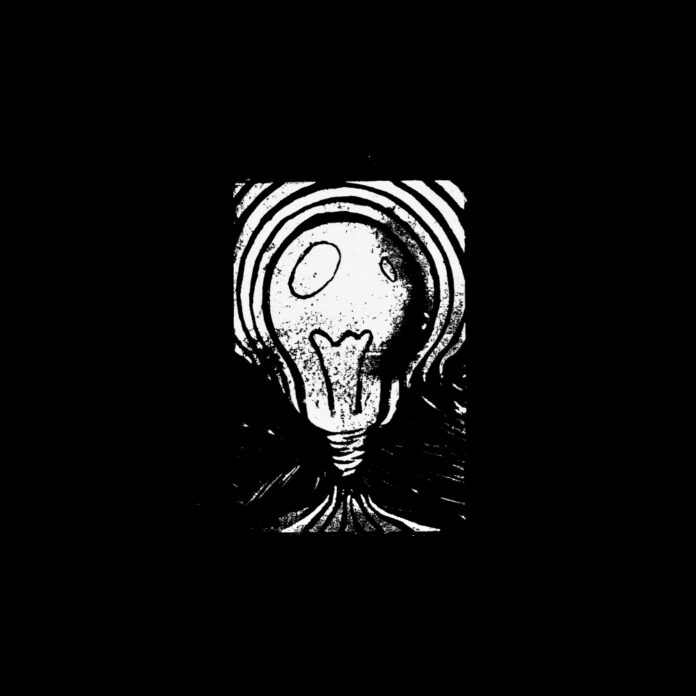 The Uptights: It Is For Them That the Lights Twinkle

Art-rock band The Uptights has a new lo-fi album on vinyl and cassette that’ll make you realize you’ve just discovered the best well-kept secret sounds to radiate out of Norway.

The Oslo-based trio is made up of Andreas W.H. Lindvåg (Andreas no.1), Andreas Fossheim (Andreas no.2), and Øyvind Bersvendsen. When Andreas no.1 told me about the new album, he described its sound as making, “Swell Maps or early Sonic Youth sound like hi-fi pioneers.” Of course, I was hooked and immediately began listening to the LP. And it turns out he was right. The new record, It Is For Them That the Lights Twinkle, gives me the same inarticulable feeling I have when I listen to Joy Division’s Disorder or Sonic Youth’s Schizophrenia. You know what I mean: I can feel it in my bones.

The album opens with the lo-fi track Bær, which sounds like it must have been recorded in a room where early Radiohead songs once played on repeat and tethered themselves to the walls. The song has a slow and strange spoken-word beauty. Andreas no.1 describes the opening track as “a remorseful song about having done something wrong, but it also tries to capture this strange sensation of freedom I’ve felt once or twice, when I’ve kind of given up and resigned myself.” He explains that Bær is “Norwegian for berries, but is also the imperative form of the word carry.”

That notion of double entendre permeates much of the album. Indeed, the next two tracks, Arthaus Rock and Quit Jazz, grapple with lost time and a still-existing “sense of possibility.” These songs also move to a faster tempo, and they’re the tracks that particularly call to mind both Sonic Youth and Joy Division for me, along with a dash of Guided By Voices and My Bloody Valentine. Quit Jazz then ends with what I can only describe as a peculiar post-punk jazz solo, haunting the record before the track shifts.

Days comes next, and it features distorted, slow vocals and fuzzy guitars that produce a plaintive, always already underground sound that moves the band into a different melodic place and time. I told Andreas no.1 that the album’s timbre, and Days in particular, evoked a space I knew existed but couldn’t quite imagine, and he described it as the band’s old rehearsal space, “a poorly lit and L-shaped little room in an old brick warehouse in downtown Oslo,” where the majority of the LP was recorded.

The album advances toward a slightly more experimental and noise-rock influence with Vault II, Among Verticals, and Rings Hollow. “That title Among Verticals is taken from a František Kupka painting,” Andreas no. 1 told me, “so the Czech artist must have made an impression on Andreas no.2. He literally dreamt that song and recorded a demo on his phone when he awoke,” (Kupka was a Czech painter and graphic artist). Clear post-punk and shoegaze resonances return in Swacket, one of my favorite songs, sonically speaking, on the record. The LP finally circles back to a sense of melancholy in the titular track It Is For Them That the Lights Twinkle, followed by the closing song on the album, Tonight’s Coolest Concert.

I asked Andreas no.1 about the thematic framework of the album and the way it draws together sonic similarities and distinctions among the tracks. The band wanted “to offer brief impressions of individual city dwellers. From the old lady speaking in a slightly old-fashioned and broken Norwegian of her past and inner lives on the album opener Bær, to the ‘pompous man with shiny shoes’ in the phone booth late at night on Rings Hollow.”

The source material for the record, too, speaks to its lonely beauty: “The album title is taken from a paragraph in Lewis Mumford’s 1938 book, The Culture of Cities, describing how the lights of adverts and cinemas twinkle at the crowds at night. The record revolves (very) loosely around the old notion of the lonely crowd of the metropolis.” Those ephemeral ideas resonate in the graphic design of the LP, as well — the graphic design work of Andreas no.2. He sketched the light bulb just as soon as the band decided on the title, taking inspiration from František Kupka’s 1926 work, Four Stories in Black and White, before creating a linocut from which to print the sleeve.

The album reveals great and strange distorted beauty all around, in visuals and in sound.

You can buy The Uptights new record on vinyl or cassette through keepsecretrecords (KSR) or Diger in Norway.