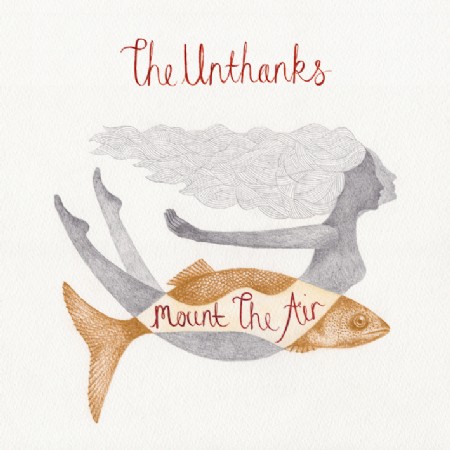 The Unthanks – Mount The Air (RabbleRouser)

The Unthanks’ new album is a textured soundscape of splendour and sensitive intensity, writes Mike Ainscoe.

As a duo who have never been afraid to do something which challenges the norm or pushes the boundaries, The Unthanks have constantly taken their listeners out of the folk music comfort zone of delivering the tried and trusted, of woolly sweaters, real ale  and bowing down to good old tradition. Their work with  the songs of Robert Wyatt and pioneering collaborations with the Brighouse and Rastrick Brass Band (released as part of their Diversions Series)  at the same time as having the audacity to cover King Crimson, offers sufficient proof. Yet underpinning their philosophy is the fact that they remain fervently true to their Northumbrian roots. Released on their own appropriately titled RabbleRouser Music label, Mount The Air looks like becoming another archetypal Unthanks album.

Two years in the making in their own makeshift studio in Northumberland, those who expect the unexpected from The Unthanks might feel a slight tinge of initial disappointment. It might outwardly seem as though Mount The Air pretty much consolidates their approach of combining the traditional with typically sweeping and understated orchestration without heading off at too obtuse a tangent. Having said that, repeated listening reveals subtle flavours and touches as the layers start to peel away which makes following The Unthanks so rewarding.

What’s fair to say is that it’s not folk music as we know it – yes they have their roots firmly planted in the North East, yet what they produce is far from what people attempt to crow bar into the folk pigeon-hole. In fact The Unthanks are a classic case of a mult- sided peg of an outfit which people try yet fail to fit into any particular shaped  hole.

The first Unthanks record to feature writing from all five core members, it includes debut contributions from both Becky and Rachel Unthank with two ambitious and  lengthy tracks at the heart of the record – anyone for progressive folk? Add to that a selection of slow-burning ethereal and dreamy songs and you have a record which  combines  sweeping yet subtle orchestration with an emotional charge which saturates the album. You can see why they make one of their celebrity fans, Martin (Dr Watson, Bilbo Baggins, Tim from The Office) Freeman’s heart beat faster.

In particular, the ten minute opening title track and Foundling float along on waves of jazzy trumpet and strings and those distinctively fragile and breathy vocals add weight to the cinematic expansiveness of the Unthanks’ music. It’s Flutter that  could well take up the mantle as a theme song for a new Bond although the 007-like title may need to change. The music is reminiscent of the shuffling rhythms and slowly building soft crescendos which accompany the Bond visuals and which Elbow have made their trademark in the rock genre.

The record also adds lyrical thoughtfulness – The Magpie accompanied by an ominous drone – celebrates the all seeing and all knowing magpie. Taking the well known rhyme, they give it into a chilling aura with references to the devil’s bird and respecting the old ways; there’s quite an unsettling repetition of a  “devil devil I defy thee” lyric amidst the song offering up ominous portents.

There’s a largely melancholy feel to the album and The Unthanks are never going to rock out, but never say never is a phrase invented for them. The mood is encapsulated in fiddle player, Niopha Keegan’s, For Dad which is a gorgeously haunting lament combining a soundbite honouring her recently passed father and simple violin and adds volumes to the “less is more” notion.

Mount The Air comes  ncased in an album image depicting  the flying girl and fish and it captures perfectly the delicately balanced nature of the music. Taking  pleasure in deviating from the norm and the expected, breakers of comfort zones and challengers of the accepted and established norms, The Unthanks textured soundscapes unfold in a work of splendour and sensitive intensity.

The Unthanks on tour: