Home Fashion The Union Flag: The most important item of clothing in pop culture? 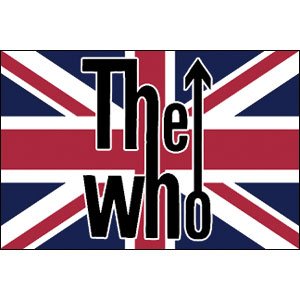 For Louder Than War, Amy Britton discusses whether “…the wearing of the union flag has come to define the look of subculture more consistently than any other artefact.”

Fashion is having a bit of a high-culture moment of late as major museums over the past year have played host to a range of fashion and pop-culture infused exhibitions. But can the cultural landscape ever be summarised in single items of clothing?

Well, yes, sometimes it can. And I think now might be the perfect time to contemplate how the visuals of subculture as we know it may have been potentially transformed by one single item – the original Union Flag jacket created by Kit Lambert and worn by Pete Townshend. Just an item of clothing? Or one of the clearest indicators of Lambert’s art school background? (Almost an unintentional warm-up for creating this jacket, Lambert had already been dismissed from art school for designing a Union Flag in purple, a colour associated with decadence, rather than patriotism.)

The wearing of an RAF target in response to Churchills claims about “the few” was potentially antagonistic enough (although, like  anarchy for punk and CND for hippie, it now evokes its cultural associations as much as anything else) but Lamberts implicitly Situationist anti-authority treatment of the Union Flag during art school may have offended sensibilities, but at least that only reached the narrowest of audiences. His next step was to take a real, original Union Flag and actually physically use détournmente to turn it into a whole fresh item by turning it into a perfectly crafted jacket. Nowadays, clothing adorned with the Union Flag is commonplace. In 1964, it was downright offensive in a way that might be difficult for a generation that had seen it through, punk, Britpop and er, Ginger Spice to comprehend.

The flag was still prized in the post-war years. It stood for patriotism, but also the Establishment, at a time when we were supposed to be all showing respect, so its adoption was quite similar to the target in this respect. It was upheld; respected by seniors. To use one as fashion was unthinkable (even though nowadays we associate wearing it with the kind of patriotism that verges on Nationalism) – to cut one up in this way is in a league of its own. Lambert was playful in his antagonism; a typical Dadaist. The Dadaist manifesto includes commands on not taking things to seriously, and this kind of provocative humour helps to shape pop culture movements (which I rank alongside artistic  movements). But does a 2014 perspective allow us to think this way over a simple item of clothing? Yes, this jacket was an act of blatant détournment, anti-authority and undeniably Situationist, but the way pop culture looks has changed since then.

Many people have an idea, very aesthetically fixed, about the 1960s nowadays – all monochrome, Carnaby Street, and Mary Quant – and the Union Flag is a part of this image, the splash of colour across it. Perhaps this can be attributed to Lambert in some small part. But a bigger mark of its significance is the detournement of the flag since in terms of its general role in subculture. Punk took it and really ran with it, shredding and defacing, and in the case of the Situationist artist Jamie Reid, accompanying it with the Queens safety-pinned face for Sex Pistols artwork. As culture continued to wear the flag in different forms, familiarity meant it became less radical and associated once again with a kind of patriotism (as with the “Cool Britannia” atmosphere of the mid-1990s) and any shock value has been long lost –unless, of course, it is at the other end of the scale, with its aforementioned adoption as an unsavoury fashion by the far right.)

But the wearing of the flag, with an attitude more of irony than national loyalty, has come to define the look of subculture perhaps more consistently than any other artefact. But it is rarely acknowledged how this came into being in the first place. Now, with the aforementioned new focus on fashion history in academic environments, along with the general reappraisal of all elements of The Who due to their fifty-year anniversary, perhaps now we should acknowledge how one item of clothing could change the face of pop culture forever.

Was Dick Hebdige right about subcultures?

November 28, 2012
We use cookies to ensure that we give you the best experience on our website. If you continue to use this site we will assume that you are happy with it.Ok