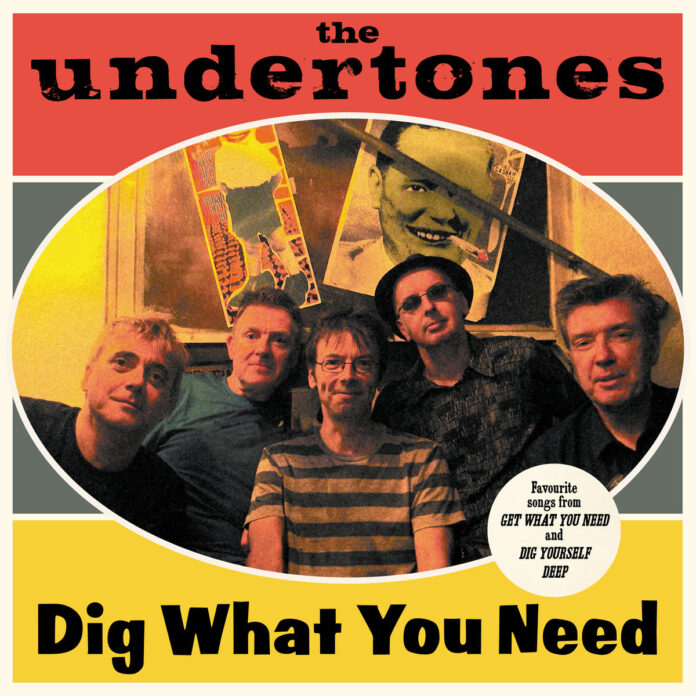 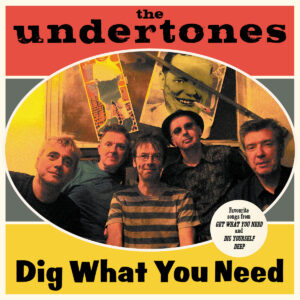 A timely compilation that brings together the bands favourite tracks from the post-reformation Get What You Need (2003), and Dig Yourself Deep (2007) albums. All the tracks have been completely remixed by acclaimed producer Paul Tipler, and digitally remastered, and are appearing on vinyl for the first time.

Having been responsible for creating one of pop music’s finest moments, namely the magnificent Teenage Kicks, it was always going to be a big ask to maintain that momentum. However, in their brief career The Undertones did exactly that; from the follow up Get Over You, via Jimmy Jimmy, My Perfect Cousin and on to The Sin Of Pride album in early 1983 they demonstrated a near perfect ability to craft two minute, three-chord pop songs… and then they split, frontman, and owner of that distinct vocal Feargal Sharkey launched a pop career, whilst the O’Neil brothers created the altogether more gritty, though less commercially successful That Petrol Emotion.

The band reformed in 1999 initially invited appear at a number of festivals, then in 2002 some 20 years after their last recordings The Undertones were back, with the album Get What You Need. Sharkey in a move some considered bold, perhaps even audacious had been replaced by Paul McLoone, whilst John and Damien O’Neill alongside Michael Bradley got on with doing what they did best, writing blistering pop nuggets about girls, teenage angst, and yet more girls. Dig Yourself Deep followed in 2007 and most recently The Undertones released the Record Store Day single Much Too Late / When It Hurts I Count To Ten.

Now on the eve of a UK tour we get Dig What You Need a neat compilation that gathers up tracks from the reformation albums.

Album opener Thrill Me is one of John O’Neill’s finest pieces of work, a dangerously infectious hook ridden pop masterclass, complete with his trademark melodies and a typical Undertones bridge all of which is topped with McLoone’s vocal which has a greater depth and range than anything his predecessor could muster, similarly with I Need Your Love The Way It Used To Be, it positively chugs along courtesy of the Bradley & O’Neill rhythm factory, McLoone’s voice exhibits control whilst there are some neat guitar hooks low down in the mix.

Most bands would be delighted to have just one song writer who could match John O’Neill’s ability, The Undertones though also had Mikey Bradley who contributes the effervescent Enough, this is the Derry boys at their best, Billy Doherty’s drum pummelling providing a solid foundation for those glorious vocal harmonies and buzzing guitar riffs, likewise with the Bradley penned Oh Please which has a darker under current shimmering through the track yet still retains enough hooks and vocal invites to pull you right in. Winter Sun is another of Mikey Bradley’s, a real curveball in the bands cannon, almost brushed drums, guitar effects and a looping vocal that at the time confused me, but now I guess I would describe as having an almost trip hop vibe to it which admirably demonstrates that The Undertones were looking to push in new directions.

Dig What You Need is an assured, fun-packed package that captures The Undertones at their sub-3-minute pop best, the remix has hugely benefited the overall sound, the tracks now have the punch you would associate with The Undertones live, in addition the sequencing of the material was clearly carefully considered, and allows the album to flow more naturally… what we need now though is a new album – and hopefully one with better artwork than that which adorns this one. Its a minor gripe, but if your going to go to the effort of a remix, remastering and then the extended delay to get vinyl pressed, a decent cover surely isn’t too much to ask for?

The Undertones are on tour from March through to October taking in the UK and Europe including appearances at the Wychwood, Glastonbury, Sign Of The Times and Rebellion Festivals (Tickets) (UK), and appearances at Forever Young Festival (IE), Motorbeach (ES), and Exit Festival (RS)

Further dates & Ticket links can be found at The Undertones.