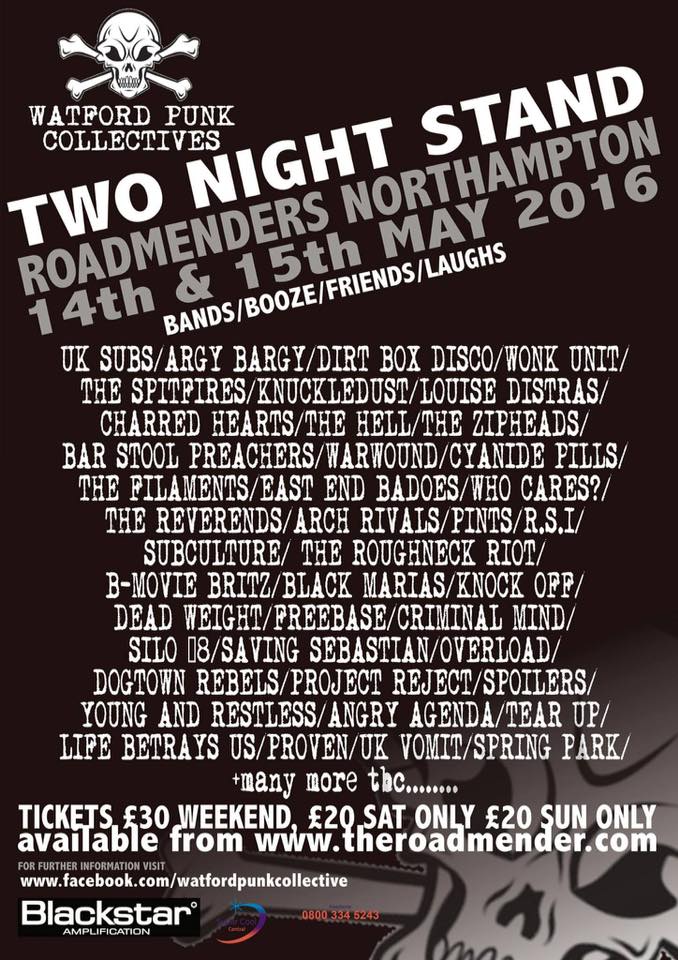 As many of you will be aware 2016 marks the 40th anniversary of a seminal moment that went on to become known as punk rock; there are various events both already announced and in the planning stages; we were particularly pleased with the line up that has just been announced by the Watford Punk Collective as the artists included are not just a collection of original 77′ bands, that when you drill down have perhaps one member, who back in 1977 drove the van for the band!

The UK Subs represent the initial explosion of punk, Charlie Harper still fronting the band; a band that are even more vital now than at anytime in their history – other confirmed bands include the likes of Roughneck Riot and B-Movie Britz who entire collective age wold still have then chasing Mr Harper! 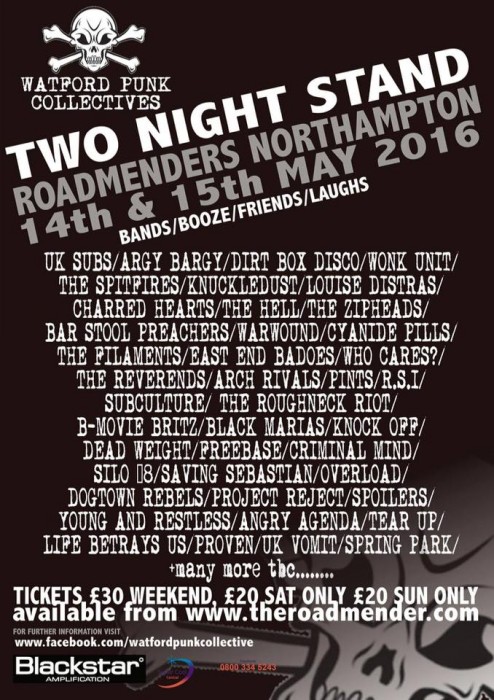 Two Night Stand takes place 14/15th May 2016 at Northampton Roadmenders, a venue synonymous with the rise of punk in the UK.

Advance Tickets are available now from the Venue;