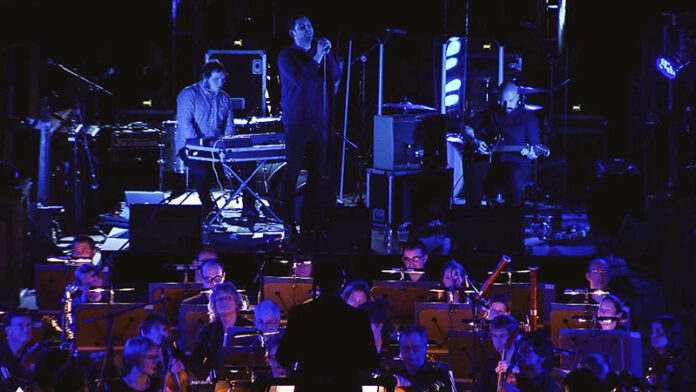 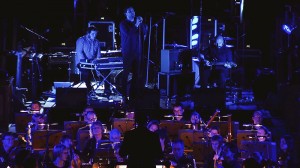 With half (the better half) of my genes being Scottish I have a heart-felt appreciation of miserablist music from that neck of the woods; often hairy, sometimes not so. It also helps having a somewhat downcast’ disposition I guess! Being a babbler of the short-burst Twitter variety and as follower of the poet Aidan John Moffat who was constantly referring to this amazing band of fellow drinkers their second album Forget The Night Ahead was purchased blind. That record sure blew through loudly, controlled and so powerful. Intelligent 21st Century pop cutting with enough post-industrial electronic latency to propel it into the dark underbelly of noise addicts surely? In contradiction, being song-oriented at its very core is a voice, and I’m not talking competent glue-factor vox. This is a PROPER voice and a damn unique one at that. James Alexander Graham’s deep graceful fully-accented words bewitch a full palate of love and life, (in)humanity, desperation and beauty. I could very easily sit and listen to him recite a fucking phone book and be mesmerised. This is of course a little unfair to the compositional genius of Andy MacFarlane and The Twilight Sad ‘other’ I know but, a naturally talented singer IS a very rare breed no matter what shit talent TV shows try to brainwash the gullible public with.

So, needless to say since then been hooked line and sinkered on just about anything this duo might offer (thank-you Mr Moffat I owe you a few ciders) and this FREE download of a very special gig with the Royal Scottish National Orchestra is a mighty gift – it IS a myth put about by the greedy English about the Scots being tight (Vote YES by the way). Unlike Portishead’s dalliance with a live orchestra where their music overpowered and left one thinking what exactly was the point, this performance works so well for a couple of reasons. One is the fact a change of sound is embraced allowing the orchestra to fully inhabit rather than just enhance and the second is of course the strength of James’ voice. The depth of which reverberates like a bass-line on the opening ‘The Wrong Car’. Snare, timpani and strings funnel the rich power of vocal tones and then the barren-beauty of ‘I Became A Prostitute’ and ‘Mapped By What Surrounded Them’ allows James to rise and fall with basic human emotion. ‘Alphabet’ may be stripped and slowed but the line “So sick to death at the sight of you now” loses none of its potency and ‘Sick’ itself is bathed in a wash of sensuous tearful strings. Possibly my only personal gripe is how low in the mix James dives on ‘The Room’ buried in a wall of percussion and percussive sounds which is a brutal shame. All is forgiven as he takes centre-stage on ‘That Summer, At Home I Had Become The Invisible Boy’… Sheer sadness but ecstacy to the ears. A stark journey evolves ‘And She Would Darken The Memory’ until THE voice sheds its woolly coat and mittens and heads right for the soul of ‘Cold Days From The Birdhouse’. Strings and organ lie at his feet and that’s it I’ve gone again. More fucking salty tears. James Alexander Graham you are one hell of tall talented bastard!

It’s blindingly obvious but this a performance of pristine magnificence and those lucky enough to be present in that kind of spiritual surrounding must have been lifted in so many ways on either side of the musician/audience divide? This work deserves a full public release (and I hope Fat Cat sees fit to package one up) but visit YouTube for now to feel some of its presence and simply wonder. Last year’s No One Can Ever Know Tour EP is close in spirit to this DL so is well worth offering the band some cash for, especially as Live At Paisley Abbey is gratis. Visit for info and good times.

The Twilight Sad may describe themselves as miserable but their music is definitely not for the dead inside.

1. The Wrong Car (with RSNO)
2. I Became A Prostitute
3. Sick (with RSNO)
4. Mapped By What Surrounded Them
5. Alphabet
6. The Room (with RSNO)
7. That Summer at Home I Had Become the Invisible Boy
8. And She Would Darken The Memory
9. Cold Days From The Birdhouse (with RSNO)

You can also follow me via Twitter @deadhead_TEQ and @bazzanagnagnag the latter where I babble endlessly on music, horse racing, politics, life and society (lack of); expect bad language.