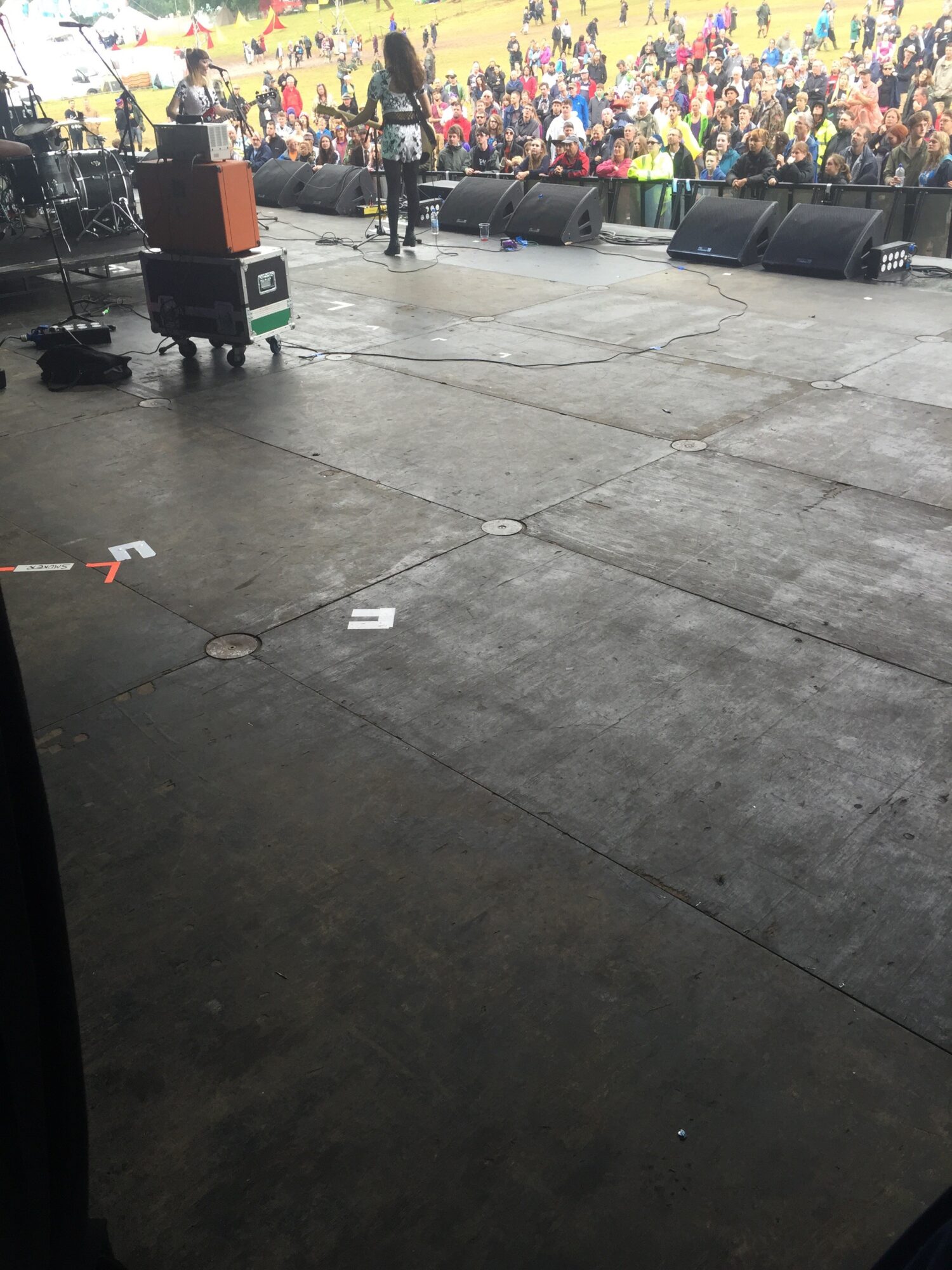 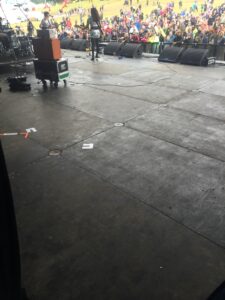 In a grey damp and typically forbidding English summer sunday morning 12 hour of non stop rain is chased back over the hills by the thrilling garage rock rush of the Tuts.

The three West London  girls own the stage and are dressed to kill in matching outfits as they deliver a sharp and angular thirty minute set of guitar driven electric mania that really kicks.

Armed with a fistful of great tunes and a buoyant attitude they have the spirit and the energy to lift the rain sodden festival back up on its feet again after the mini monsoon that has engulfed it all night.

The energised, youthful, feminist DIY trio are at the top of their game- they have that perfect impact like the Ramones all those centuries ago – that a well drilled unit cranking the fuzz and those golden tunes delivered on the brink of hysteria will always have.

Twenty years ago they would have been lumped in with Riot Girl but this is a long time later. They stand on their own as a band and are closer to the Libertines addictive kinetic garageland rush and even have the same kind of on stage eyeball to eyeball intensity as Doherty and Barrett at their skintight best.

Their cover of Spin Doctors Two Princes digs out the genius in what was once an annoying radio record and they make it sound like their own.

They end the set skidding on their knees across the stage like the MC5 in a motor city riot. It’s been a triumphant affair for a band that is on fire,