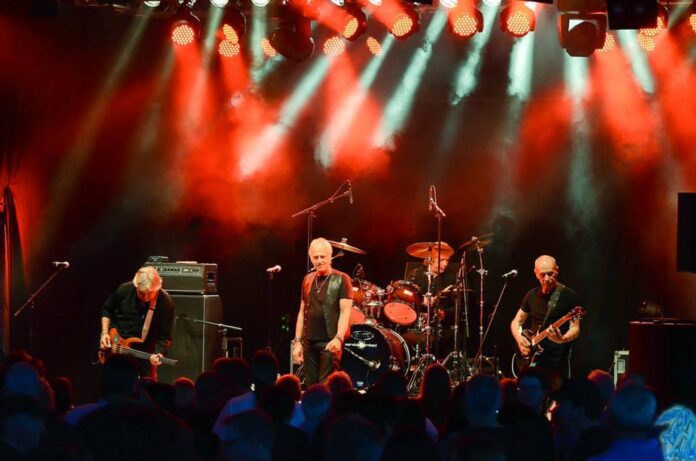 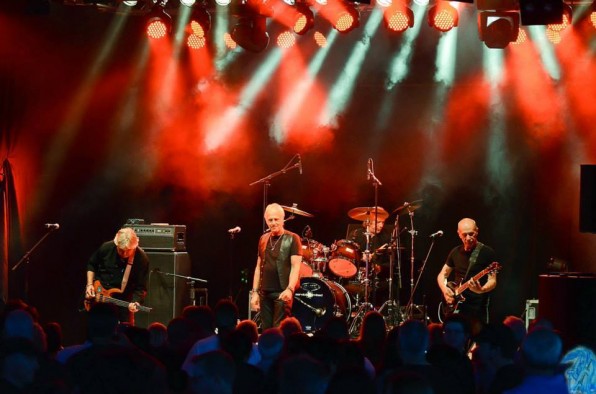 Legendary sixties punk progenitors The Troggs rock the Rhos in Wrexham. Dave Jennings revels in the energy and back catalogue of legends who inspired so many and who just keep going…

After a week that started with an untouchable performance by The Stranglers in Liverpool, it was an appropriate way to end it by celebrating survival, legacy and promise for the future. The legendary The Troggs made a rare visit to North Wales and showed the class that makes them a hugely important part of rock history and did so in a building that is a testament to a community’s determination not to let it die.

The venue tonight is incredibly appropriate. Originally built in 1926 by miners’ subscriptions to serve as a ballroom and theatre, it was allowed to decay and faced closure. However, the local community rallied round and, with the help of a Lottery grant, saved the building and turned it into a modern and versatile venue. This was our first visit for a gig and the acoustics were excellent. It just needs an ambitious promoter and this place could really take off as a venue of real quality.

Support was provided by a solo set from the brilliant Damon Manuel, frontman of Future Empire. Having stepped in at only 24 hours notice Damon offered a set of mainly covers, including an amazing version of Another Brick in the Wall. However, the two original songs he slipped in were enough to demonstrate real potential and ensure that the Future Empire set at Focus Wales is one not to be missed.

From here the stage was set for the entry of a band who many consider to be the original inspiration for the punk and garage sound. A four-piece from Andover who, 50 years ago, were considered such a threat by the conservative sound police that they repeatedly saw their records banned for no apparent reason. The Troggs take the stage without any fanfare and immediately tease the audience by launching into the first bars of Wild Thing. However the genuine opening track, Give It To Me (All Your Love) is a genuine rocking classic which perfectly demonstrates the ground-breaking guitar work of sole surviving founder member, Chris Britton.

Since the sad passing of the great Reg Presley, The Troggs have been fronted by Chris Allen and he does a great job of stepping into some pretty awesome shoes. The rhythm section of Dave Maggs on drums and Pete Lucas on bass are long established in the band and provide an impressive platform for some of the great rock and roll moments that are delivered tonight. Avoiding the obvious temptation to trawl through their singles the band deliver a set-list that contains some lesser known gems like From Home and Walking the Dog. As tracks are introduced the band’s unusual career path is charted; from Number 1s in South Africa to songs banned by the BBC (most of them, seemingly).

At times almost distorted, at others delivering delicious licks there is something about the Chris Britton guitar that is impossible to ignore. Listening to it in this North Wales village tonight you can hear the echoes of a thousand singles since The Troggs first recorded but that seems irrelevant to this hugely likeable group as they seem content to enjoy playing together and sharing their music with whoever comes along. The point was also made, subtly but firmly, that Britton maybe hasn’t received the credit (or royalties) he deserves for his part in the writing of some of the classic tracks.

We are treated to Louie Louie (not banned), Night of the Long Grass (banned) and Feels like a Woman (No 1 in South Africa) before an unexpected break and a Q and A session interrupted the set. Promising to answer anything, the band aren’t tested much beyond expressing which of sex, drugs and rock and roll they prefer (all three apparently but only one practised nowadays).

Back into the set with an under-rated ballad from the hippy-era in the shape of Any Way You Want Me before they launch into the song that was apparently written with the successful intention of being banned, Strange Movies. The Troggs are reaping the benefit of being miles ahead of their time when they wrote these songs as they sound absolutely contemporary today. Chris Britton is apparently a great grandfather to nine children but, on the evidence of tonight, he’s also the same to countless songs from the punk era and beyond.

The set winds towards its inevitable climax with Little Girl, a touching story of the reality of working class life in the 1960s before the classic With a Girl Like You. The ubiquitous Love is All Around has never sounded better than when performed live by these guys and the lusting, so inevitably banned, I Can’t Control Myself is magnificent. However, there was only ever going to be one song that The Troggs could end with and Wild Thing is delivered in all its savage beauty. What a track and what an honour to see it live on your doorstep.

They leave the stage as they entered it, unassuming, modest yet surely confident of their place in rock’s firmament. It’s great to see that the passing of Reg Presley has not deterred the band from going out on the road as, with a back catalogue like theirs, we need to see them for as long as possible.

For more information on The Troggs, please visit their website. They can also be found on Facebook.