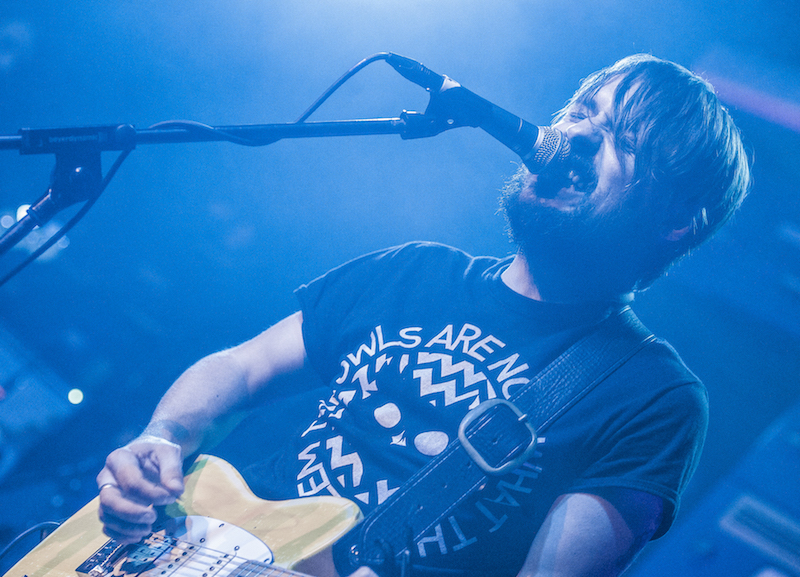 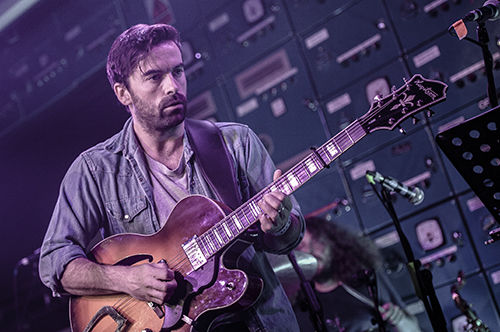 The release of the  ‘Big DeFreeze’ album – their first since 2011, sees Manchester’s The Travelling Band back in the spotlight  again with their unique and hard to label blend of alternative folk-pop-country rock hitting the spot with long term and budding new supporters alike.  From festivals to the more intimate venues they’re band made for the  live experience. Louder Than War’s Michael Ainscoe reviews.

Quite wisely, their hometown gig  in Manchester’s compact and wonderfully named Gorilla venue was to  be followed  a couple of days break before hitting the road again. With a bottle of the finest Irish whiskey as they returned for their encore (no names mentioned) being passed around the stage and an invite for all four hundred to join them in the bar afterwards and it being Saturday night to boot, a bit of a lively time was the order of the day.

Fronted very much by the twinning of Adam Gorman and Jo Dudderidge who almost song to song,  switched duties from vocals to keys and various guitars, including a lovely looking (possibly antique?) acoustic Gibson which Jo pulled out, the pair  dominated the delivery. That’s not to say that this is anything but a band –  flanked by a trio in guitarist Steve Mullen and the rhythm section of Nick Vaal and whiskey toting bassist Chris Spencer, their look might be more suited to moonlighting from a hard rock band, but adds to the expansive appeal of The Travelling Band. Vaal is perhaps one of the most animated drummers you’re likely to see, and  certainly not satisfied to sit back in the shadows, and even by the end of the night, Spenny was climbing the amps and perching on the edge of the viewing aperture positioned behind the stage. 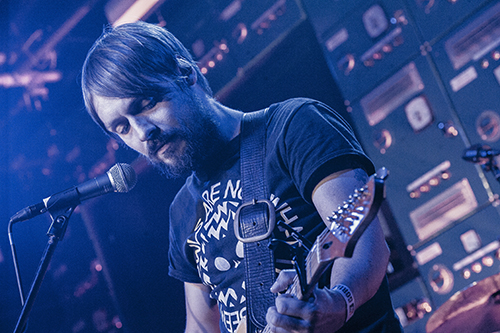 The opening  ’25 Hours’ from the new album gave those up front a chance to admire  Jo Didderidge’s  stunning electric twelve string and start to get a grip on how the new songs came across live. What might been seen a quite a  low key first half started to give way with  a barnstorming link between  ‘Borrowed And Blue’ and ‘Pinholes’ which saw Dudderidge return centre stage for a trio of older songs which really saw the set lift off.  The combination of  ‘Battlescars’, ‘Only Waiting’ and ‘Sundial’, the former taking on mass singalong status with it’s opening  “I am on the dark side you are on the lighter side” refrain and possibly where they justify their alt-folk tag. With a souped up ending on a train like drum battering, imagine if someone like  Mumford & Son did this song, then the public at large  would be lapping it up. While the latter pair had the band wrestling with drowning out the perennial gig  talkers– despite some rebellious onstage support from Steve Mullen and an almost band break up before our eyes – the sequencing led perfectly into the ending song which simply had to be the closing song from the new set. In ‘Hands Up’ , they may have created a monster – a true anthem which earlier in the summer induced the Cropredy hordes  to mass singalong. You can see where the comparisons with Springsteen’s  impervious E St Band come from  when they rock out with the song’s big ending on and then also with the Hammond tones  of ‘Sweet City’ where the slow building  opening switches to full on big electric sound.

The subtle use of a three piece brass and strings section which made  up the Travelling ‘Big’ Band added an extra dimension and ambition to some of the live arrangements and justified the fact that although The Travelling band are often billed as alternative folk but there’s much more to them that that.

As The Travelling band are pulling in  decent crowds in the small to middle sized venues, there might be those who would advocate their fused country folk pop band sound as  the new sound of Manchester. If the city is looking for some new unsung heroes then look no further. 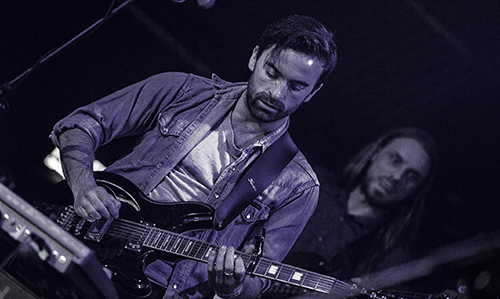