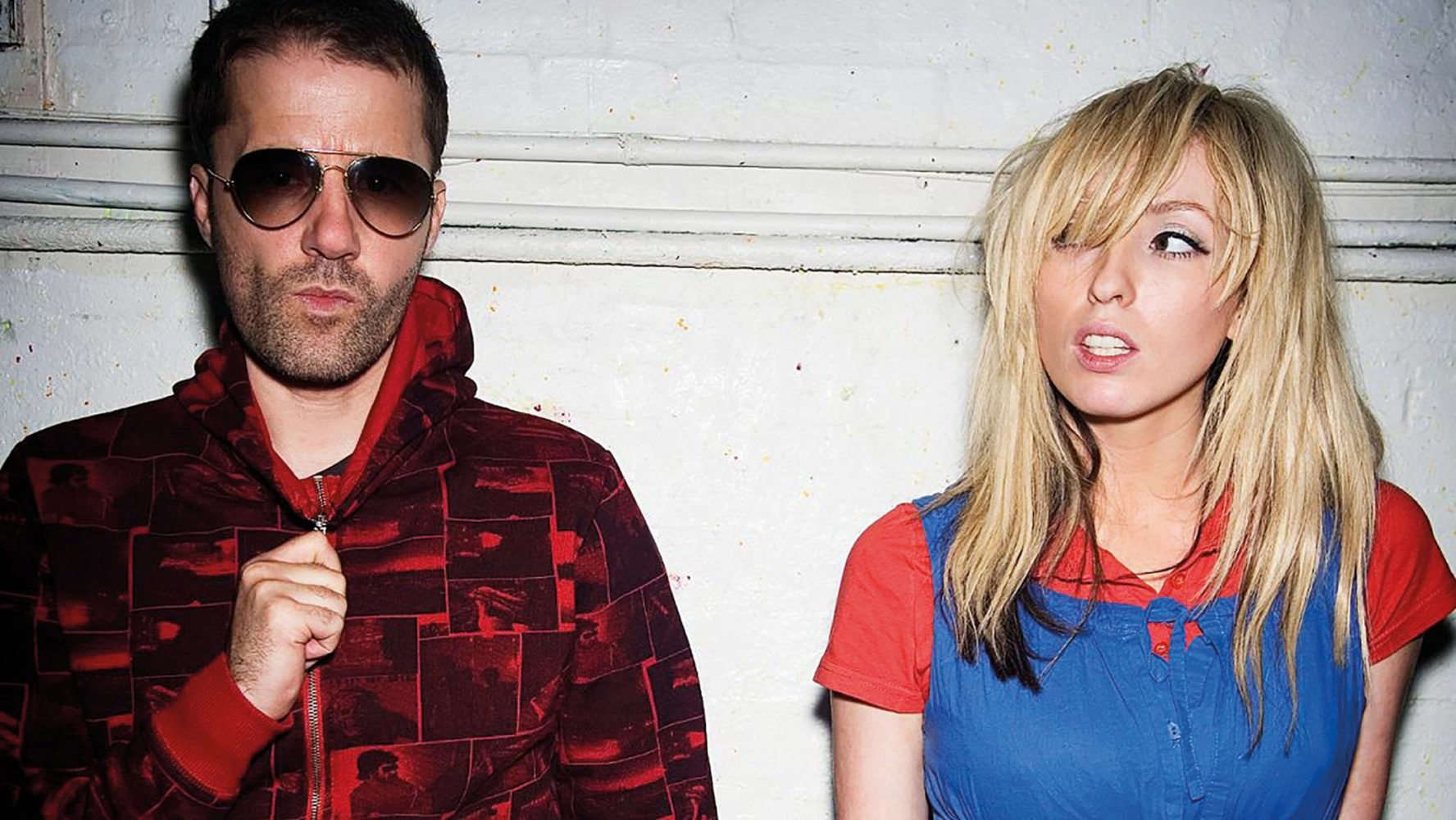 They call me Bell, they call me Stacey – that was the world-renowned war cry of Mancunian duo The Ting Tings. Ten years ago, Katie White and Jules De Martino swept the charts with a slew of hits, all taken from their debut album We Started Nothing. What would follow would be jazz noodlings, self-destruction and a record called Kunst…Sam Lambeth investigates.

With nostalgia the zeitgeist, one only has to flick through the upcoming gigs to see a band celebrating an album’s anniversary. From 2008, everyone from Caledonian curmudgeons Glasvegas to Surrey scamps You Me at Six have been touring landmark records in toto. One notable and surprising omission, however, has been The Ting Tings. Those that know the band, though, are fully aware that this group don’t play by the rules.

The duo, made up of former girl band participant Katie White and grizzled veteran Jules De Martino, was formed from a mutual love of Portishead. Both self-proclaimed pariahs in the music scene, White and De Martino ploughed together their collective talents on a compendium of songs that would be clever but catchy. Their signature song, That’s Not My Name, was the catalyst of this – a song seemingly about a philandering partner with too many names in his little black book, it was actually written about White’s frustration at the shallowness and sexism of the music industry.

Led by a simple drum stomp, a hypnotic hook and White’s whiny vocal delivery, That’s Not My Name and its bratty bombast propelled The Ting Tings into the number one spot. Any fears that they would be a one-song wonder were swiftly dashed with a slew of hits – Shut Up and Let Me Go may still have contained the same schoolyard snot as its predecessor, but its bouncy beat and thumping guitars showed White and De Martino were the most mercurial of talents. Be the One was melancholic and melodic in equal measure, a warm synth line blanketing White’s surprisingly gentle vocal, while Great DJ was buoyed by White’s simple but striking guitar motifs.

The rest of the band’s debut album, We Started Nothing, was the musical equivalent of a fizzy Fanta shook up to oblivion. Its sugary goodness swelled in the blistering Fruit Machine, the pounding Keep Your Head and the gorgeous, shimmering We Walk. After years of toiling, We Started Nothing gave White and De Martino a number one album in the UK, as well as a big hit across the pond. Successful sets at Glastonbury and Saturday Night Live suggested that even bigger things were to come.

However, The Ting Tings were never quite willing to play ball. Their second album looked set to topple the catchiness of their first. The record company were delighted and admitted it was exactly what they were hoping for. Such a proclamation made White and De Martino panic and, cocking their snoot to the man, “lost” the master tapes and fled to Germany. There, they began a cat-and-mouse game with their label, refusing to play any tasters to A & R reps and sending a pic of White in front of a music hall surreptiously called Kunst (with her hand covering a certain letter).

By the time they released their sophomore record, the underrated but meandering Sounds from Nowheresville, the hullabaloo had been replaced by hatred. The album proved a considerable flop on both sides of the Atlantic, but they regained some kudos with the Belearic beats of 2014’s third album Super Critical. Now, the group are still going strong, readying the release of a new record for the autumn. Whether or not it’ll have the same giddy joy of their debut remains to be seen, but one thing is for sure – it’ll be done on The Ting Tings’ terms.

The Ting Tings are on Facebook and Twitter. Their new album, The Black Light, is released on October 26.