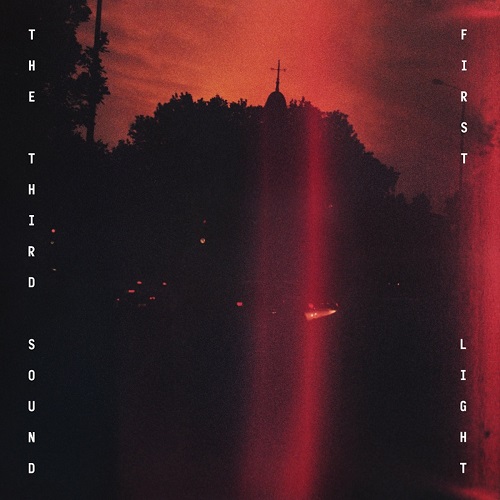 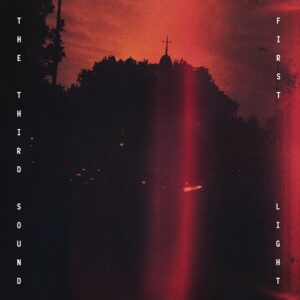 The Third Sound return with an album of neo-psych new wave post-punk that sheds light on their darker past.

Opening with processed clicks and beats, The Third Sound swoop gracefully in on their new album, First Light, the song Tidal Wave gliding through a wistful JAMC haze. Frontman Hákon Aðalsteinsson, guitarist with Brian Jonestown Massacre, allows the music to take the lead, providing only one blissful honey-dripped verse. The groove continues on single Your Love Is Evol, a swell of deep distorted guitar pulling you under in the breaks. It suddenly crashes over you, waves rising higher and higher above, a whirlpool of noise dragging you down. But it’s not all density and darkness.

Songs like Hex and Stay For Another breathe more life into the record, a floating sensation after a ravaging storm as they drift out of the shadows with the knowledge that there may be no final destination. Lost at sea and awaiting the next tsunami. There’s a dark romance to the lyrics of This Is The Ony Way I Know, a search for a hidden path, led through the night by another. It’s set to a more post-punk layered sound, the band constantly playing to one another’s strengths and allowing each part to shine through. By the time they hit penultimate song Not Even Jesus Christ, they are flowing along on an acoustic rhythm that provides the canvas for their psych splashes. It leads perfectly into album closer I Don’t Need Anything Anymore. Building slowly out of a soft drone with plaintive strumming, it’s the sound of waking to a burgeoning dawn, washed up in a deserted industrial land. “I don’t need anymore because I already found what I was looking for.” sings Aðalsteinsson in a final send-off that brims with internal hope.

Throughout First Light, there is a dark heart that beats from within, while the mind searches for cracks of light to penetrate. It’s a great album from a band that have returned on top form.