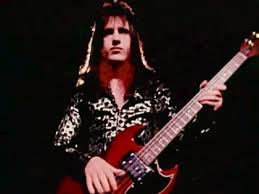 On 21st May 2013 the legendary rock ‘n’ roll bass player Trevor Bolder tragically left our world. The music industry was shocked and deeply saddened that, like far too many, one of its greats had departed way too early. Trevor made his mark in the history books as bass player in David Bowie’s band ‘Spiders From Mars’ and later with Wishbone Ash, Uriah Heep and many more.

Hull based Ska band The Talks pay tribute to the man and the musician with a performance of ‘Changes’, one of the Spiders’ first singles and opening track from landmark album ‘Hunky Dory’. Trevor was a great supporter of The Talks and was always keen to hear new material and help to develop the band’s sound. He was hugely inspiring to The Talks’ bass player Iain who had known Trevor since his early teens. It was Trevor who taught Iain how to play bass and gave him an introduction into playing, writing and listening to music in a broader and more meaningful way.

On his friendship with Trevor Iain says “He was a great guy. I used to love going round to see him and talking about music. He was straight up. If he didn’t agree with something, you knew about it, but always with such a well rounded opinion. He was the reason I first picked up an instrument and wanted to learn how to play it. So encouraging and so inspiring. He helped The Talks so much in terms of writing. I couldn’t have wished for a better mentor.”

Trevor spent over twenty years working on a solo album and although he didn’t live to see the work completed, a group of musicians are working to finish the project so it can be delivered to the world. Proceeds from the sale of the album will be donated to pancreatic cancer research in his memory. The album is due for release later in 2015.