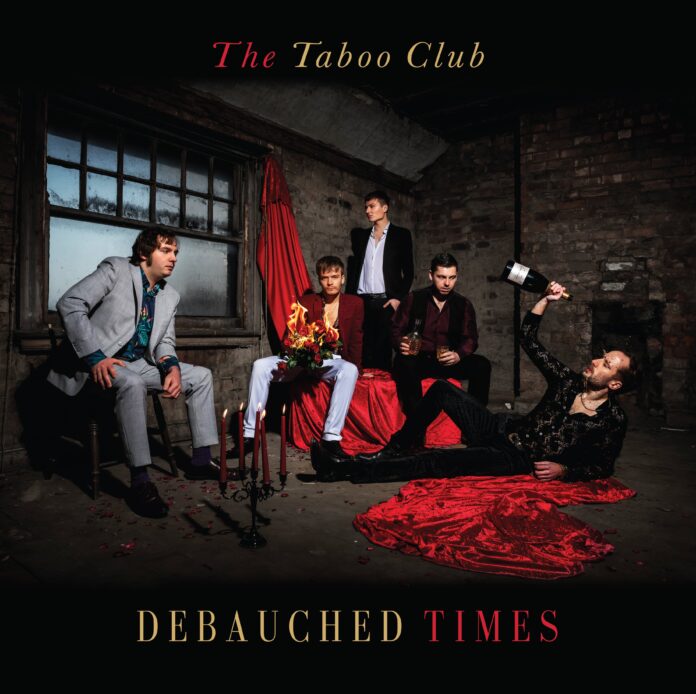 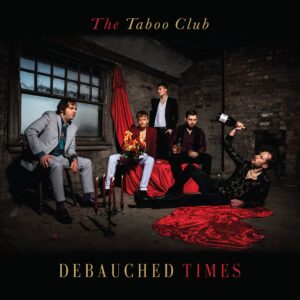 If coronavirus has created the end of the world, The Taboo Club have prepared the perfect soundtrack. Sam Lambeth reviews the Birmingham bombast merchants’ devilishly delightful debut.

The Taboo Club can be forgiven for thinking the title Debauched Times would capture the zeitgeist of today’s anything-for-a-thrill youth. Instead, the global pandemic of coronavirus has rendered the world less debauched and more drudging, generations of revellers forced to boycott bacchanalia and begrudgingly embrace sensibility.

One thing The Taboo Club have inadvertently predicted, however, is that agitating feeling of the apocalypse.

On their accomplished and alluring debut album, the sharp-dressed Second City swordsmen have addressed the core themes that would rear their heads as the world collapses – namely love, religion, death, fear, anger and a whole shovelful of sex.

However, that’s not to say Debauched Times is the soundtrack to a sorrowful sundown – it’s a lush, adventurous record replete with wit, verve, wisdom, scandal and passion. As singer Rob Lilley addresses in the opening few words, “there’s a storm coming…”

Indeed, the jagged title track feels like a grand address to a decaying globe. Brimming with blithe overindulgence and unrepentant bombast, Lilley snarks “I’m going through a self-destructive streak, because the future is looking bleak.” While the world burns, Lilley uses it to light a fresh fag.

Debauched Times looks to the good book for inspiration, but not as we know it – opener Jesus of the Desert roars into life with a stinging guitar riff, a sizzling brass motif and an explosive chorus of snarling vocals, brutal distortion and strident sax. By the time Lilley winks that “There’s no time like the present to change your life,” you sound like you’re far from Heaven and in the fiery flames of Satan’s cesspit.

Meanwhile, the stirring, stormy bass jabs that usher in Bible John are suitably engorged by swells of eerie church organ and Lilley’s full-throated fury. Their debut single nigh on two years ago, the murder ballad has lost none of its ferocity within an album context.

Lilley’s brooding baritone may be front and centre, but it’s the adventurous musicianship that keeps things ticking.

When acts of God are off the menu, The Taboo Club play more faithful to their name by producing songs straight from the crotch. The boogie-woogie jangle Visions of Lace is bolt after bolt of burning, bruising lust, Ben Oerton’s surging organs balancing boisterously with Lilley’s frantic desires.

The scandalous, rousing sax and soulful strumming of I Wish There Was A Way sees Lilley hope for a warm body to drop into his fourth brandy – when he sighs “I bought you flowers and I kissed your face,” it’s less of a loving tribute to a partner and more a libidinous expectation.

There’s room for some tenderness among the poker-hot parlours of forbidden trysts, too. Small Hours is where Lilley’s voice soothes rather than snarls, the song having the resonance of Bloc Party at their most emotive (couplets about baking cakes aside).

“Will someone share a drink with me to these debauched times?” Lilley howls as Hell envelopes everything around him. On the evidence of this ambitious, irresistible first bow, they’ll be plenty of people ready with a glass.

The Taboo Club are on Facebook and Twitter. You can purchase Debauched Times via the group’s Bandcamp page.