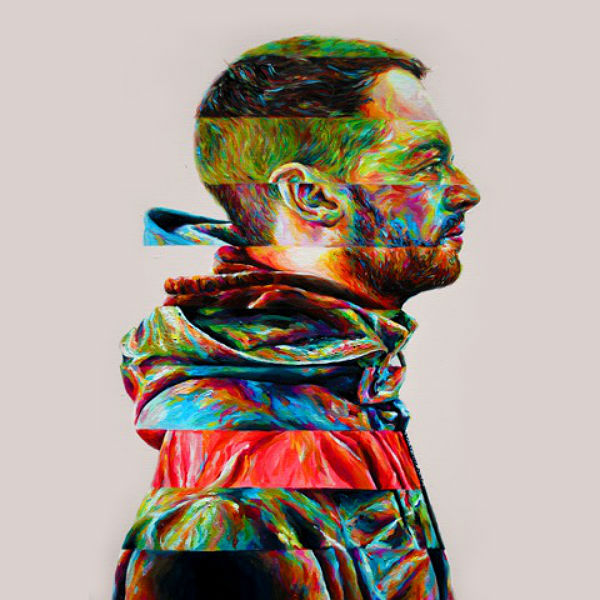 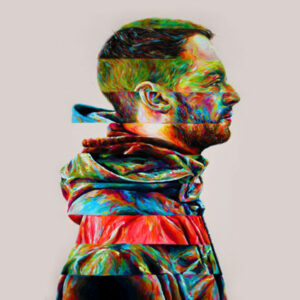 Back when some of us good looking people were younger and still living with our Mums there was a genre of music that gave the world Depeche Mode.

Depeche Mode came from Basildon in Essex and they played a few gigs in nearby Rayleigh where every Saturday night, youths in silly posh bright baggy clothing, lipstick and eyeliner gathered to dance the night away to stuff like the Human League, Duran Duran and Heaven 17. It was a strange time for music because some of us also liked the guitar bands of the day such as The Gang Of Four and The Au Pairs but these bands rarely got played at ear splitting volume whilst we stood by the dance floor looking like we were waiting for some kind of wonder drug to be invented that’d help us lose our inhibitions and dance until the sun came up.

Guitar music was what we used to go into the capital to watch live and the only synth heavy bands we saw (apart from Depeche Mode, cos they owned the bloody place or something) were up and coming stuff like Blancmange and B Movie (ok, i think they may have had guitars as well, but stay with me here…). This third Sunshine Underground album would have fitted superbly into these nights. Not just the Saturday nights in the Essex nightclubs but also on the live circuit in London back then.

Technology being as brilliant as it is nowadays is such that even if The Sunshine Underground didn’t actually set out to sound like one of these bands then they’ve come fairly close and technology in 2014 plus Ross Orton (whose previous production results can be heard on the Arctic Monkeys AM album) means it sounds fuckin huge, more in your face or to use a term more commonly used to describe music in todays language …. It’s got a lot more bollocks.

Yes, This Sunshine Undergroud album sounds like a mixture of our 1980s Saturday night dance floor favorites but with a lot more bollocks than we were used to hearing minus the make up and floppy dyed black fringes or po faced expressions to hide shyly behind.

It also sounds like a mixture of our current dance floor hits like Friendly Fires or The Rapture to name just two.

Have the Sunshine Underground dismissed their roots and gone all new Romantic on us? Are the new band to quote musical references from VISAGE ? … pah! … who bloody cares, this is ace.

Back in 2007 someone somewhere decided to call the music this band were making “Nu-Rave”.

This may have been OK for a tour lasting a couple of weeks but in the case of The Sunshine Underground one was always likely to shrug and go “uh?” and wonder what the criteria is for being included in the section especially put aside in the local record shop containing other acts such as Klaxons, Hadouken and…..er, well nothing else really.

So yes, this Third album sounds more 80s than 2007 and given the choice and the taste of today’s musical foot tappers this can only be a good thing.

Ten tunes that blend in nicely with the anthems from the previous releases and it’s Craig Wellington’s belted out vocals that put pay to any dated feel to this though and can sometimes be the big difference between some of this stuff on paper sounding 80’s naff or in practice 2014 too cool for school. (Incidentally, we’re four years into this decade now, has anyone got a name for it yet or have I not been paying enough attention?)

Opening track Start is comparable to Talking Heads and the dancey feel goes on for five songs until we’re allowed a little rest for a bit of a smooth electro minimalist feel to NIGHTLIFE. Last years It’s Only You single has a slightly different feel to the the version we danced around our living rooms to last year and recent tune Don’t Stop can be almost one of those Human League tunes I was harping on about.

It’s Only You is my favourite track of the past couple of years. “I’ll not beat about the bush, I’ve never tired of hearing it. Don’t ask me why. If I knew that and could put into words I’d be a rich man. Nested amongst the rest of the album it would wrong to say this particular track reminds us of the 80s but it fits with the rest of the album nicely, as do tracks from the previous albums this band have released.

There’s some great beats mixed in amongst these tunes and one wonders how long before a deluge of cut and paste artists start dissecting this stuff and saturating our ears with some very cool long remixes so we can go back to dancing under flashing lights whilst drinking Vodka and Russian in a baggy pair of trousers that are bigger at the top than at the bottom (well maybe not dressed like that and perhaps not drinking that stuff either).

Whoever and whatever this sounds like doesn’t matter. These are merely reference points that I’ll jot down instead of giving you the chord progressions, drum sequences and equipment run down that someone else can explain to you (mind you there’s some great high hat action going on if that helps). The important thing to these ears is that it still sounds like the Sunshine Underground and outfits like these are important fixtures in some of our listening diet and hopefully this will be album number three in a series of many more as we all grow old and grey.

There’ll always be room on this planet for the Sunshine Underground and there’s plenty out there on the dance floors too so don’t just grab this, grab all three albums. There’s not that many bands you can say have three terrific albums out there that can all sound slightly different yet simply magnificent.

To cut a long story short …. anthemic electronic dance tunes that’ll make you thump the air with joy and sing along to at the top of your voice.

I can’t remember doing that back in Essex before crawling in through the back window at five o’clock on a Sunday morning in the hope that the parents haven’t been woken up too early.

Thankfully it doesn’t sound like Duran Du fuckin ran either.