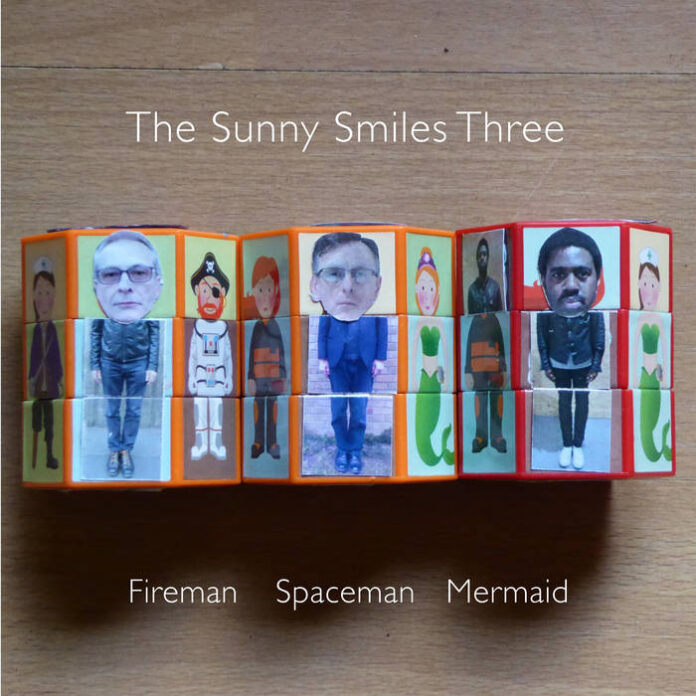 When The Sunny Smiles Three are made of up of indie veterans who have worked with Iggy Pop and the Weddoes then you can probably back up a claim to make ‘vaguely acoustic music for the vaguely thinking person.’

And indeed they do with 12 carefully crafted indie pops gems driven by John Parkes’ languid vocals and acoustic guitar. They take their name from a vaguely offensive charity fundraising scheme popular in the 1960s, and are based in Leeds, but clearly take their inspiration from the North West end of the M62.

Opener All at Sea sounds like an outtake from Shack’s almost perfect HMS Fable, complete with some bittersweet words from Parkes that are so pertinent for our weird times, as ex-Weddoes drummer Simon Smith subtly reinforces the emotional storm.

Smith powers through the uptempo Gulls (Stranded) sounding more like The Las as Parkes intones ‘we could be flying but we have nowhere left to go’ which is the perfect summation of lockdown.

Their pedigree means Kaiser Chiefs producer Will Jackson was on the desk slipping into the studio to add swirly keyboards to God’s Empty Chair, and obeying the trio’s instruction to ‘do it kind of 60s man.’

There is genuine intelligence at work here based on all those years of hard graft on the circuit, and the wistful lost love ballad Fade kicks off with the pointed line ‘like a grazed knee you will fade away’ featuring some sympathetic playing from bassist Alaric Lewis..

One of their singles, Rainbow Rise, is a wonderfully optimistic way to leave the album with Parkes declaring ‘this is our time/let the rainbow rise in the cold grey sky’ which might be an omen for some deserved late career success for the band.

If The Sunny Smiles Three were on a cool label they were would be all over the music press – they’re not so you will have to work a bit harder to find out more, but it is worth the effort.