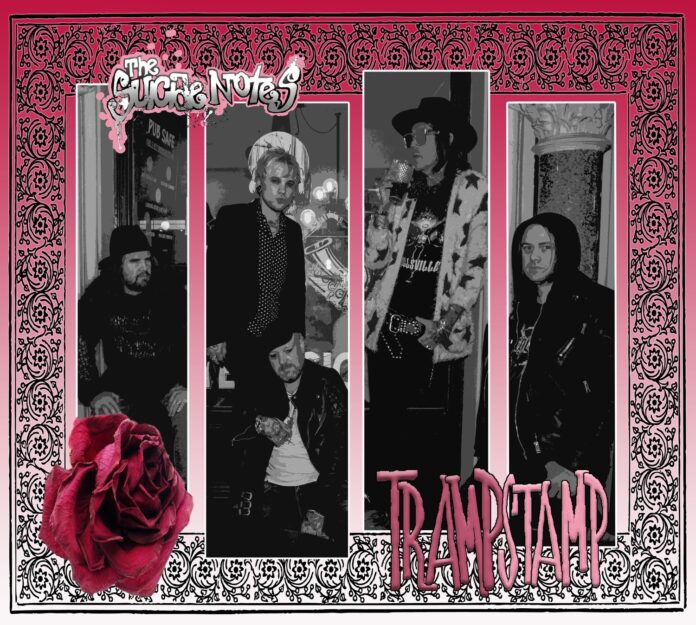 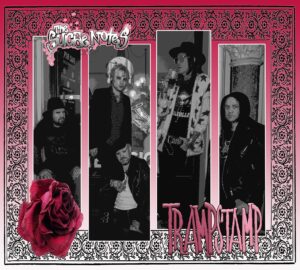 (Self released via Two Rivers Records)

If you are in need of some serious rock’n’roll swagger with nicotine-stained vocals and frenzied punk infused guitars then it’s time to check out the new EP from The Suicide Notes aptly entitled Trampstamp. This is one EP which does exactly what it says on the tin so its time to open the lid and satisfy your craving.

The Suicide Notes are the descendants of a lost, sleazy, whisky and cigarette generation of rockers from the 70’s and 80’s who know absolutely no boundaries. Vocally they sound very much like Tyla from Dog’s D’Amour marinated with a touch of Spike and Axl thrown in for good measure. Sonically there are all that plus a whole heap of Hanoi Rocks, The Dead Boys and Iggy all dumped into a gin-soaked melting pot. So what’s not to like?

Without question, one listen to the headline song, Rollin’ With The Punches, from their new EP entitled Trampstamp is everything you would expect and much more in terms of its growling vocals and punk inspired sonic assault combining high voltage guitars and thundering bass lines. It’s all sleaze, attitude and swagger and all the better for it. But The Suicide Notes have already shown in their short career to date that they offer much more than this.

Formed in 2019 around their Oxfordshire and Berkshire base, The Suicide Notes comprise Billy Tee on vocals and harmonica, Alex Holmes and Danny Gould on guitars, Damien Beale on bass and Gavin Hobbs on drums. Their first three singles Take A Bullet For Me, Smoke It Like A Cigarette and Momma Sang The Blues were all acoustically based songs and it was only in June 2020 when they released their first electric EP, Pleasures Of Despair. In the meantime, the band were clearly establishing a strong reputation as an incendiary live act on the gig and Festival circuit.

Now back to the new EP and second song, Snakes Grin Within, is certainly more of the same as the vocals snarl and the guitars weave their way through a driving rhythm. Dead Flowers follows on as a cover of an iconic Stones song from their magnificent Gram Parsons inspired period from the early 70s, one that has clearly become a live favourite. As a fully paid-up disciple of the Stones for more years than I would care to mention, I do not say this easily about a song that I love so dearly but this is a damn great cover with a gritty vocal delivery and superb guitar solos. A nice touch that this song is dedicated to the memory of guitarist Darrell Bath who we lost recently.

Final song, Black Dog Howlin’, takes it back to their classic acoustic format as a stripped-down blues number harking back to the American blues roots of this whole genre of music. This song previously appeared in electric form on their Pleasures Of Despair EP. 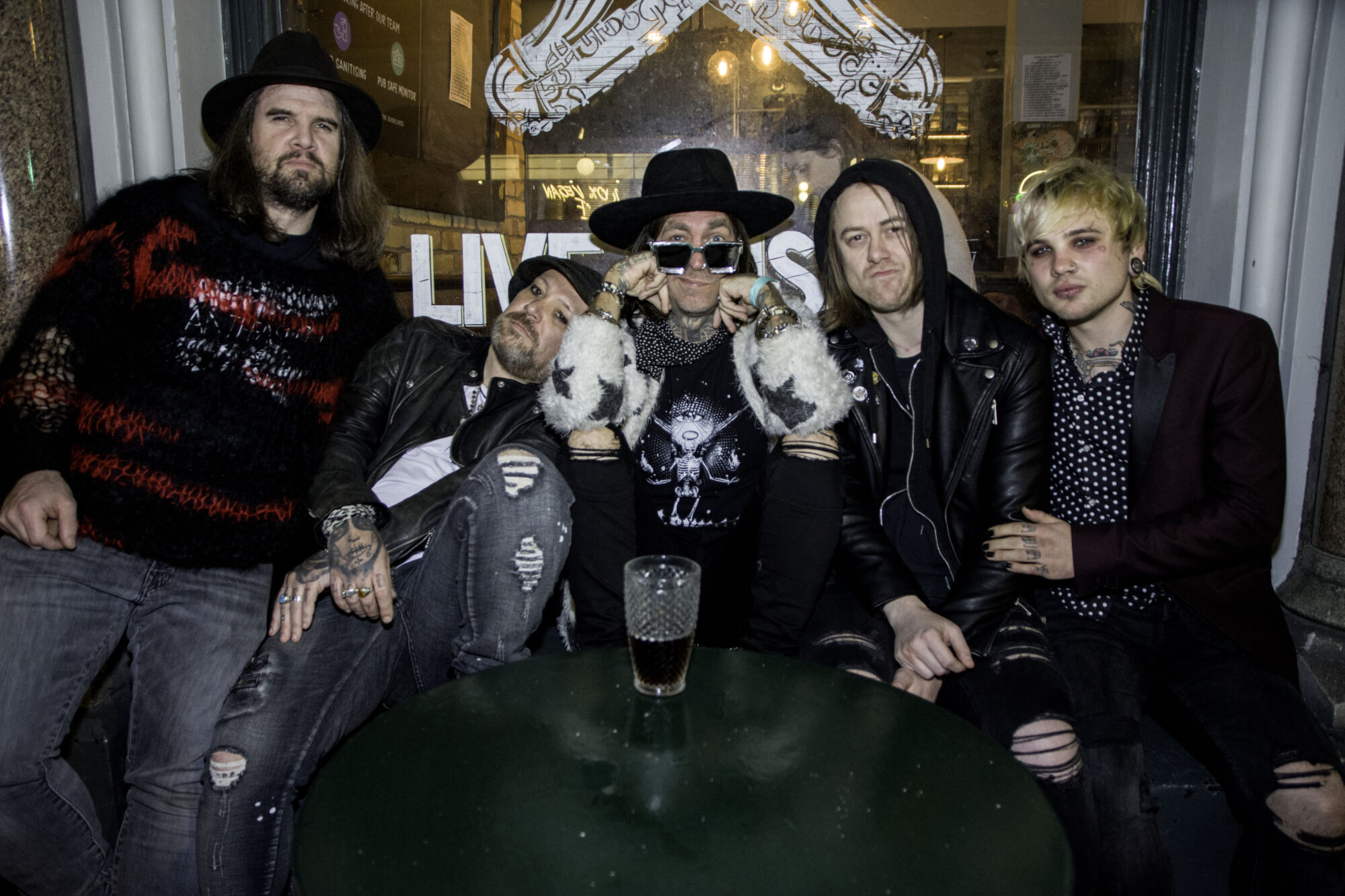 For any fans of old school sleazy gutter-trash rock’n’roll, laden with attitude, swagger and nicotine-soaked vocals, The Suicide Notes have absolutely nailed it and Trampstamp is testament to this. With the potential for a further all-acoustic EP later this year and plans to start working on a debut album, together with a glut of dates supporting the likes of Reef, Spike and Supersuckers, plus a whole bunch of headline dates and festival appearances, 2022 is going to be quite a year for The Suicide Notes. This is going to be quite a journey, so I suggest you don’t miss out!

You can buy the EP here or here.