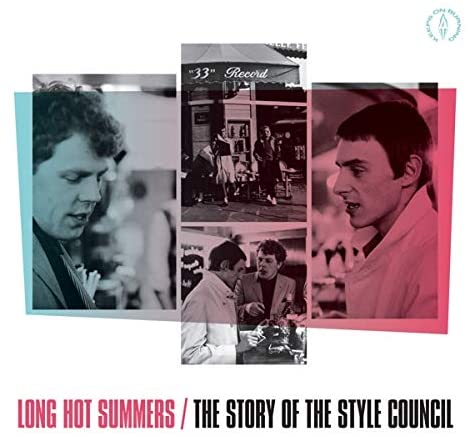 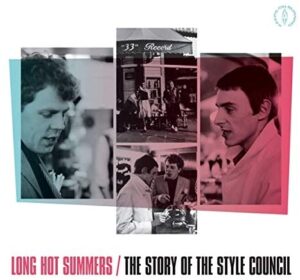 Music fans of a certain vintage will remember the outrage as Paul Weller went from being Britain’s angriest young man to a suave soul boy swanning around in a trench coat doing The Paris March.

Sadly only the truly hard of thinking could have failed to spot this was going to happen as Weller was always as much a Mod as a punk. Even in the early days of The Jam they were covering soul hits like Heatwave, and horns had crept into their later work, so the switch in 1983 wasn’t the disastrous leap some of his fans thought it was… and some still do.

Nevertheless it was a gamble dissolving a band that was scoring plenty of hits, but instinctive artists like Weller – and Bowie before him – are prepared to reinvent themselves, but this was no Tin Machine.  Hooking up with keyboard maestro Mick Talbot, his future wife Dee C. Lee and drummer Steve White just worked, producing four great albums, and a sackful of classic pop hits.

There are songs like Wanted or Why I Went Missing where awful 80s slap bass, Linn drums or the squeaky clean production of the period rear their ugly heads, but on the whole these well-crafted tunes stand up surprisingly well. They even get away who some of those horrors on the still beautifully languid Long Hot Summer where Talbot throws some synth into the mix.

You can feel Weller enjoying being able to play all the new textures his new bandmates bring to the party on tunes The Paris March as Talbot’s subtle organ playing serenades his new mate on a metaphorical stroll around the Left Bank of the Seine.  It’s Talbot’s gift for melody, and the fact he totally bought into this new visions of melding art, style, politics to pop music, that allows Weller to fly, but the former Merton Parka comes into his own with some smart playing on instrumentals like the jaunty Party Chambers.

Stylistically they were game for pretty much anything from the straightforward pop brilliance of Headstart For Happiness as a simple guitar riff battles with a tasty organ motif, but with the sound of freedom in the vocals. Bossa Nova gets a look in on All Gone Away, and the brilliantly titled Dropping Bombs On The White House is pure jazz.

Dee C. Lee’s contribution is often overlooked, but her uninhibited vocals opened way for a whole generation of British singers. She does a couple of lead vocals on The Lodgers and the ballad A Woman’s Song, and you can’t but feel that such a quality vocalist should have had more turns in the spotlight.

Steve White is also the forgotten man in this quartet, but he effortlessly swaps styles as much as Weller changes his tasselled loafers, and he absolutely drives the wonderfully optimistic anti-capitalist anthem The Walls Come Tumbling Down!, which they played in their Live Aid set. It’s easy to forget that in the midst of the all clothes and posturing Weller was a leading light in the Red Wedge movement backing the striking miners when it wasn’t cool to do so in Thatcher’s selfish Britain.

You can hardly imagine a dullard like Ed Sheeran raising his head above the parapet in the same way, or writing Come to Milton Keynes where the band satirised the tiresome ‘Loadsamoney’ mentality of 1980s Middle England.

It’s not all blue eyed soul as You’re The Best Thing sees Weller singing an old fashioned love song, and the haunting, thoughtful Ghosts Of Dachau was inspired by Weller reading a book about how people still somehow managed to retain their dignity and humanity in the hell of a concentration camp.

Completists will enjoy the unreleased version demo version on My Ever Changing Moods as the strings lead the melody rather than guitar, and superfan Martin Freeman provides the linear notes.

Weller says he wanted to document the times he was living in and ‘elevate pop to an art form’, which despite a few duffers he managed to do. This compilation proves The Style Council can take their place alongside the best bands of what was a golden generation of pop acts, and is a cool two fingers to the naysayers who just wanted The Jam to churn out the same old stuff forever.