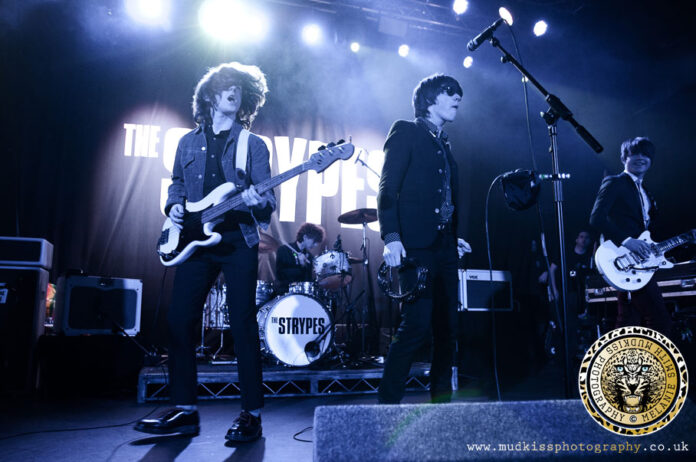 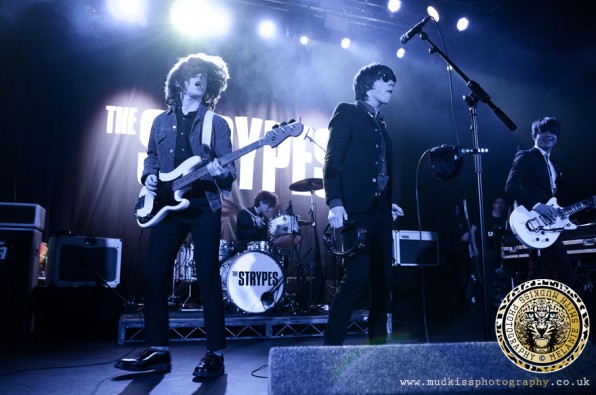 Photo of The Strypes © Melanie Smith.

All Photos © Melanie Smith. All words by Nicky Crewe.

Last night I saw the future and it’s Irish traditional music. Not fiddles and bodhrans but exciting energetic beat music. Think back to Them, the Undertones, U2, Rory Gallagher and Thin Lizzy. All took their inspiration from rhythm and blues. There’s a real buzz about the Strypes. A young band to keep your eye on, and people who know the music business are getting very excited about them. In a week where hype and rumour has been rife in Manchester, due to Prince’s so called guerilla gigs, it was good to see a
gig that didn’t disappoint. The Strypes crowd had to negotiate the queues for his highness to get into Academy 2. It was packed, a sell out. Some were like me who had seen other beat groups over the years, tuning in to the energy and excitement of  live rhythm and blues. Lots of young fans too, some even with parents. Second generation in the audience, well brought up and well educated in their musical tastes. 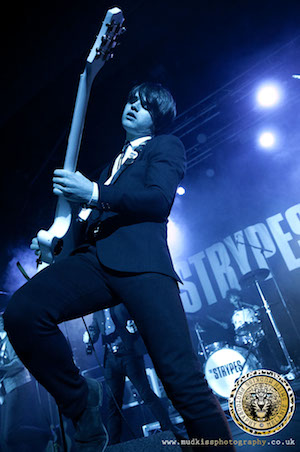 And then there’s the Strypes. So ridiculously young, so effortlessly stylish, so amazingly good! They have the looks, they have the talent, they have the stage presence. They have the licks and they have the tricks and they make them their own. From Cavan in Ireland, they are a schoolboy band who have been to the School of Rock. Ross Farelly (lead vocals and harmonica), Josh McClorey ( lead guitar and vocals) and Peter O’ Hanlon (bass guitar and harmonica) are all brilliant front men in their own right. Evan Walsh on drums doesn’t get the chance to pose but he certainly keeps the beat. When did you last see a group with three great looking talented front men? And appropriately they had played Liverpool the night before.

They must be a third or fourth generation R and B group. The energy doesn’t seem to get diluted. It’s distilled and concentrated. They can take their inspiration not just from Howlin Wolf, Chuck Berry, Bo Diddley and Slim Harpo, but from the groups that followed, the Stones, the Yardbirds and the Animals, and then the Feelgoods and beyond. In the same way that those sixties bands took their R and B early influences somewhere else musically, these boys look capable of anything. It’s ironic that what’s left of some of these influential 60s groups did a show at the Bridgewater Hall earlier in the week. The Animals, The Yardbirds, the Zombies. Nostalgia as a commodity. The Strypes did a high energy, take no prisoners set of their own material and amazing versions of classics like ‘ I’m a Hog for you baby’. How do they
even know these songs? Let alone play them so well.

Some say youth is wasted on the young. There’s nothing wasted here. And the great thing is they are turning a new young generation on to rhythm and blues. Check put their album, EP (the return of the EP!) and new single. Go and see them if you can. You won’t regret it.

Talking of turning on, they were well supported by an even younger band, The Turning. From London, with an Irish lead singer, they looked the part with their modish styling and did a fantastic set of their own material and a blistering rendition of ‘Shake’. When you realise that two of them are only 17 and that the Strypes are all under 20, you know there’s hope for the future. They are carrying the torch.

No need for them to apologise for not being Prince. His early musical influences weren’t much different from theirs. He should have been on their guest list, checking them out. Nobody’s heading in one direction here.

All words by Nicky Crewe. More writing by Nicky for Louder Than War can be found in her author’s archive. All photos © Melanie Smith, whose website can be found here.