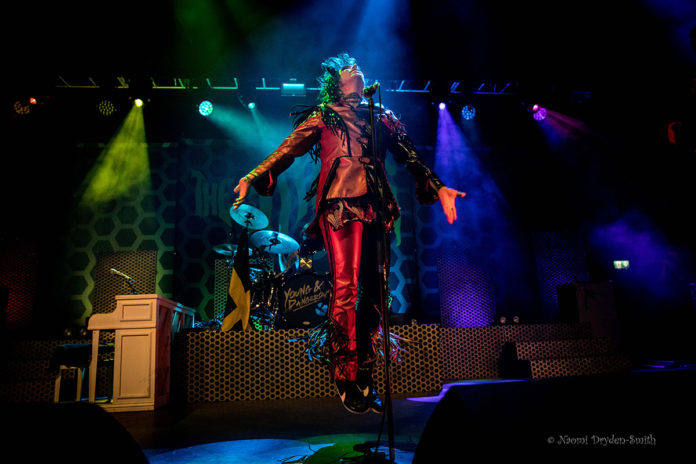 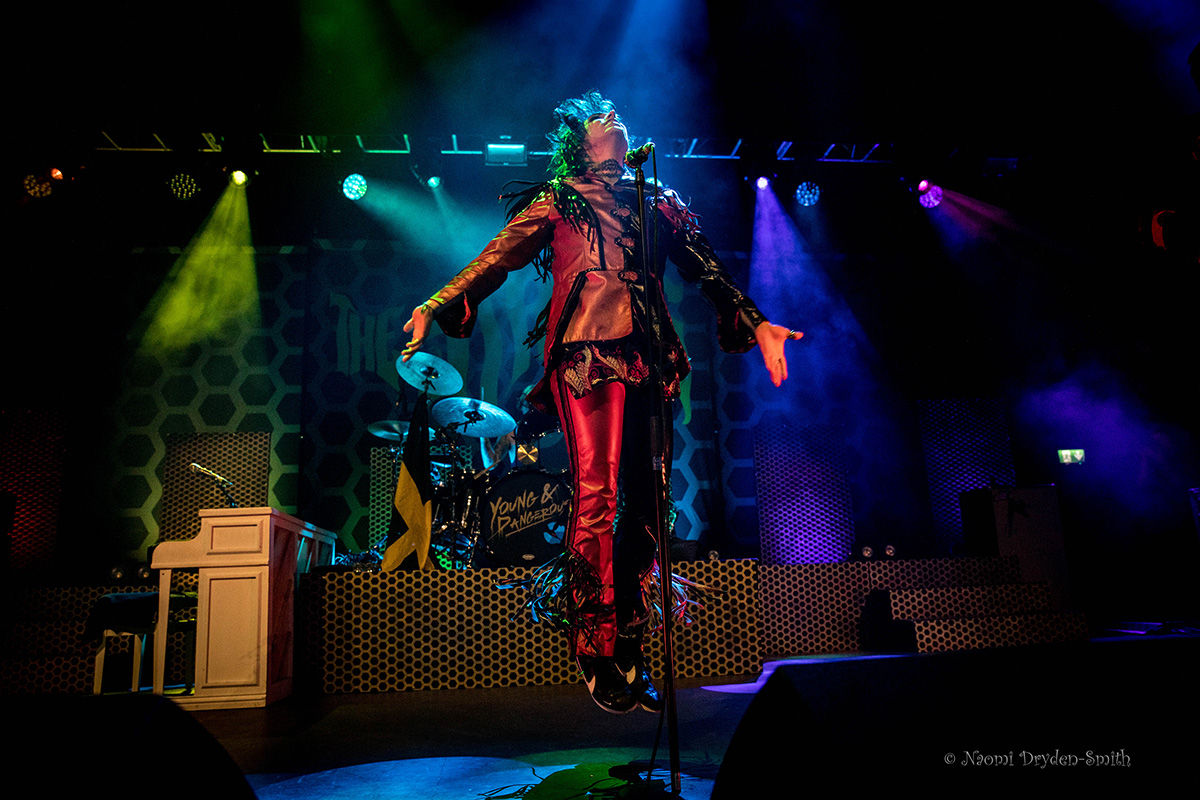 King Nun, garage indie punk quartet signed to Dirty Hit (alongside Pale Waves, Wolf Alice, The 1975, the list goes on…) are a perfect stop-you-in-your-tracks support for The Struts – with loads of youthful energy and a setful of boundary-pushing songs, it’s no surprise to hear they’re getting attention from the likes of Rough Trade and NME. Singer Theo Polyzoides canters around the stage in a frenzy, leaping, stripping, covering himself in blood red lipstick, jumping into the crowd, charismatic and bonkers. Definitely worth a look and a listen. Especially if you ever liked Longpigs. 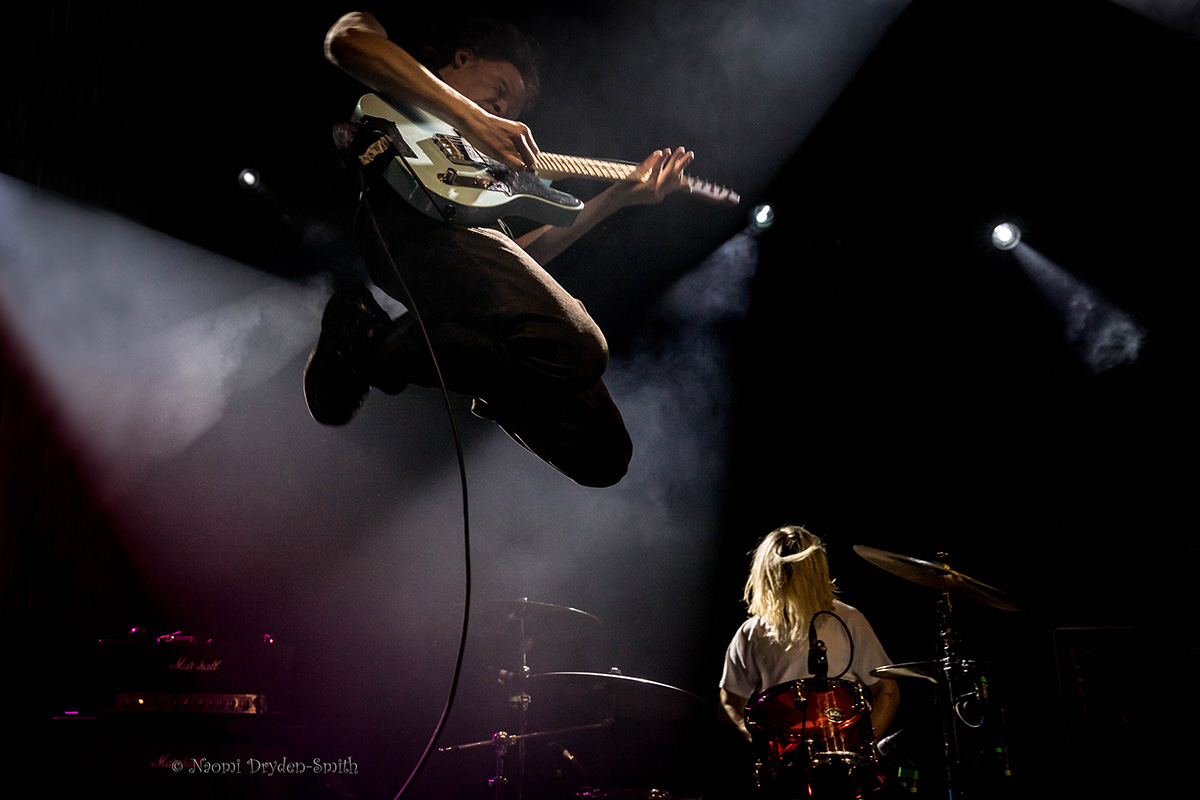 It’s been said elsewhere that The Struts have to be one of the best live acts to see at the moment, which going by the crowd response and the sheer energy output tonight at The Forum is a fairly valid claim. Largely and inexplicably overlooked here at home, over in the States it’s a different story – their special melting pot brand of glam rock, proudly derivative and hard to resist, has been lapped up, and they’ve been supporting massive names like Foo Fighters, Rolling Stones and Motley Crüe. 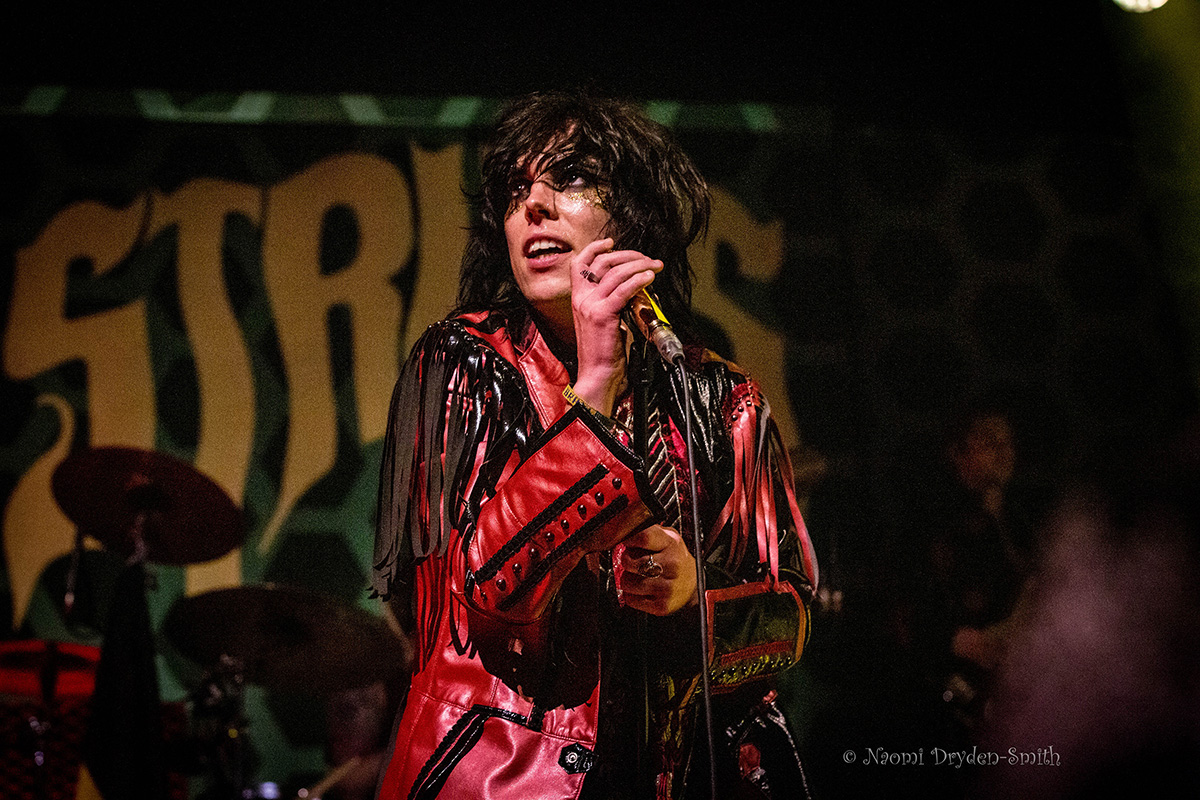 Tonight’s setlist is much fuller than their last London show at Shepherds Bush, featuring a couple of new tracks (the unashamedly Queen-like Tatler Magazine, the irresistible I Do It So Well). Luke Spiller explodes onto the stage all LA teeth and Vegas tassles, his exuberance is contagious and the audience has no choice but to join in – one song in and there’s a sea of hands in the air wherever you look. 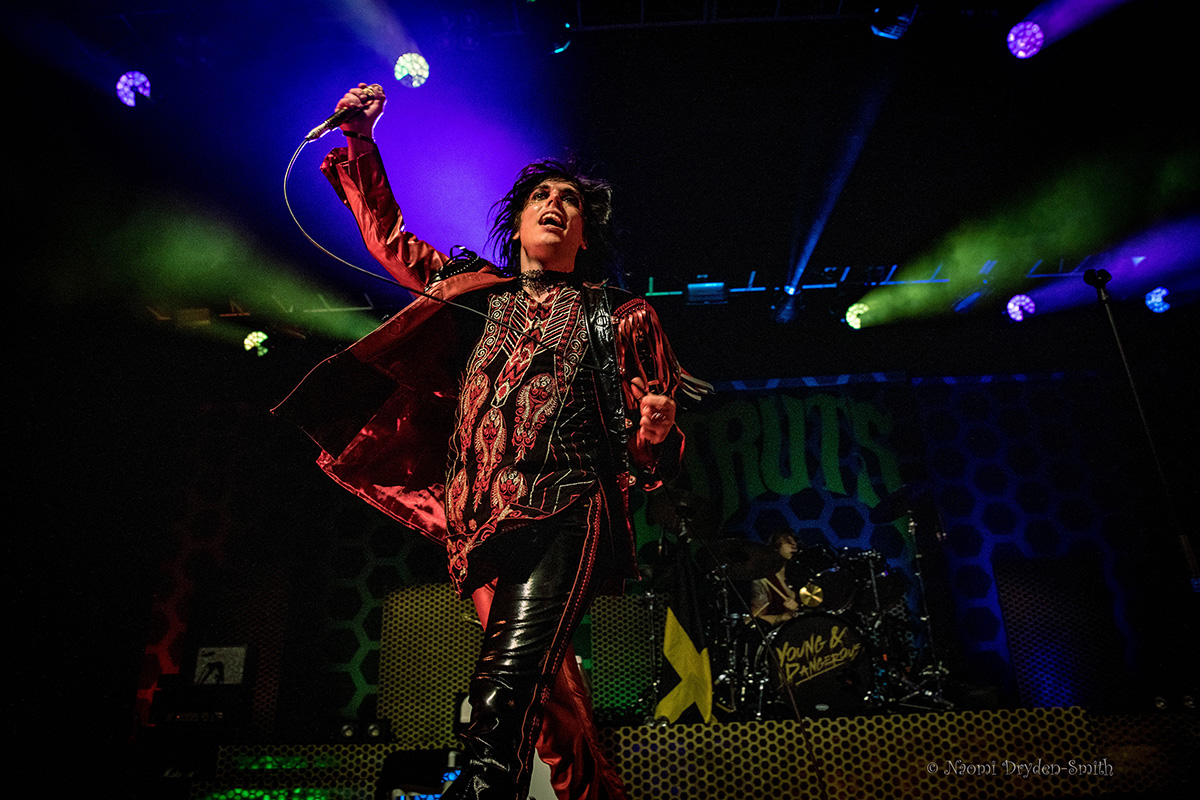 It’s a polished performance and Adam Slack (guitar) and Jed Elliot (bass) are noticeably starting to emerge from Spiller’s manic shadow (Gethin Davies somewhere less visible on drums), although with a frontman like this anyone would look static. With his Mick Jagger struts and Freddie Mercury calls to arms, the Marc Bolan glitter is starting to slip in the sweat-slick after only two songs – Primadonna Like Me, their standard starter for ten, an anthem Jagger and Elton John might be jealous of, is immediately followed by the delightfully self-confident Body Talks – and this relentless energy pushes through right to the end of the show. Halfway through they shoot a frantic music video, look forward to seeing that. 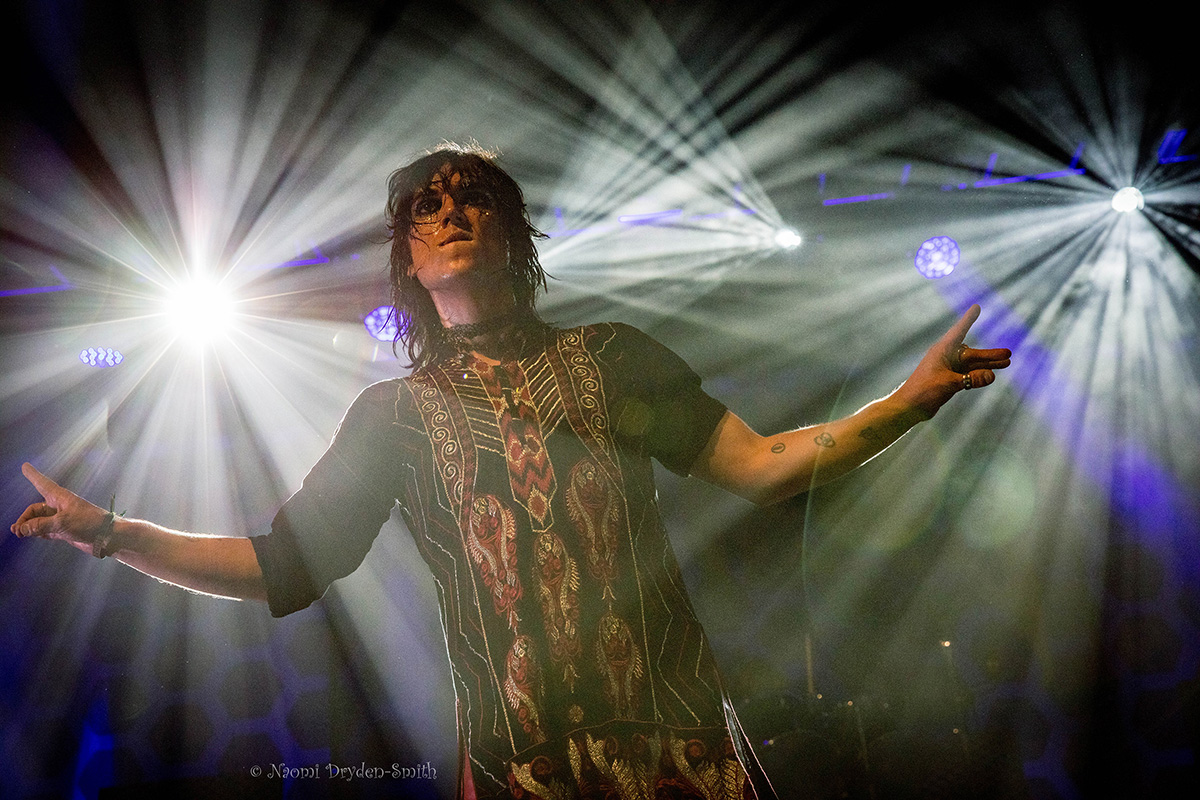 There’s a sense that this is a well-practised performance – the setlist of the first half has been pretty much the same for the past year, around 160 shows – one the one hand it’s polished, on the other a bit formulaic at times. But nobody seems to mind or notice. In these serious times of worry and uncertainty, there’s definitely a place for some bonkers, fun, feel-good glam rock at its best, totally unoriginal and unashamedly owing everything to past greats – as ever, they end with the rousing Could Have Been Me, sending everyone off sweaty and on a massive high. (And hopefully straight home to listen to some T-Rex/Bowie/Mud.) 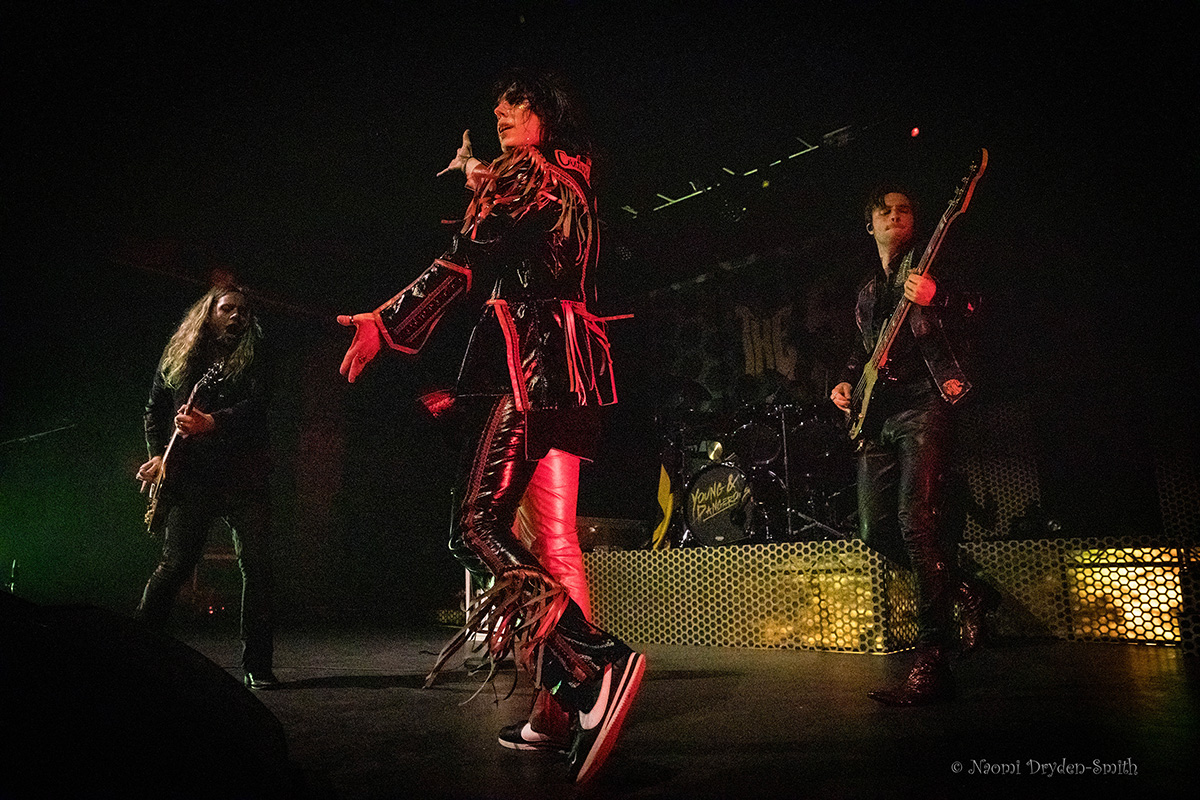