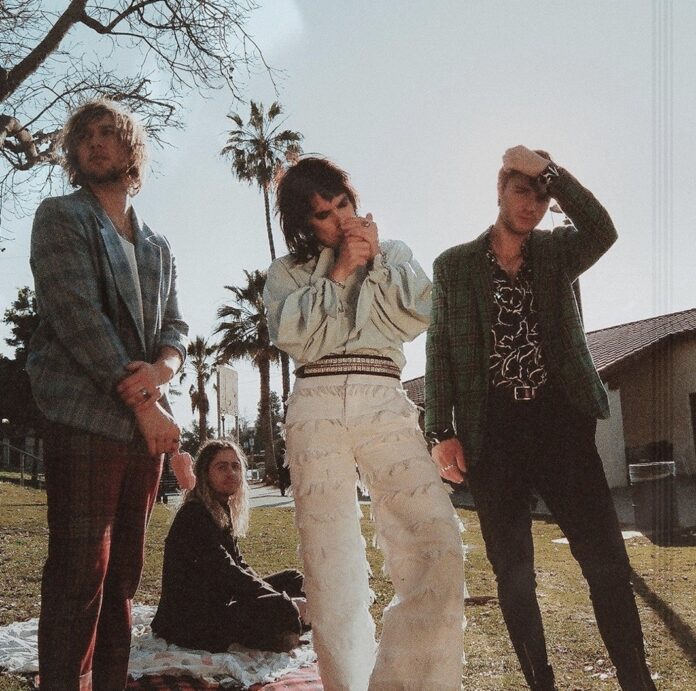 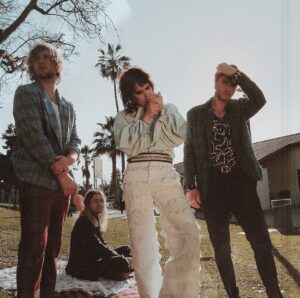 British glam-rock superstars The Struts have just unleashed their new exhilarating and powerful song and video Strange Days featuring unparalleled pop icon Robbie Williams. The release of their effervescent and illuminating new 10-track album with the same name via Interscope/polydor,  was released on 16th October 2020. Strange Days the single was premiered on BBC Radio 2, which was the first time the band had their music played on British radio.

Strange Days, the album’s title track, is a breathtakingly inspiring, vibrant and anthemic song offering a canopy of dazzling stars above the blackened night sky, proving that creativity hides in the darkest corners. The track presents the planet with a glimmer of consolation and joy in a climate of isolation and doubt. The album is an exciting and positive voyage into a fiery frenzy of dauntless music and audacious lyrics. It’s energetic, it’s sexy, it’s colourful and it’s fun.

The Struts are from Derby, England and are composed of lead vocalist Luke Spiller, guitarist Adam Slack, bassist Jed Elliot, and drummer Gethin Davies. They have opened on stage for some of the most iconic bands in history including The Rolling Stones, The Who and Guns ‘N’ Roses. Their influences include Queen, The Stones, the Killers, Michael Jackson, and My Chemical Romance.

According to Spiller regarding the album “We were all just burning to capture that excitement as much as we possibly could, and at times it felt like the songs were literally just falling from the sky.” I had a conversation with Luke about Strange Days, Robbie Williams, and The Struts’ future endeavours.

Louder Than War: Congratulations on the release of the new album! I understand that you wrote Strange Days pre-pandemic?

Yeah. Strange Days was two ideas that I had which were kind of like shoe-horned together and fused by myself and the band and John our producer. I didn’t have the lyrics for the song done before coming into the studio. The verses and the pre-chorus were from an idea that I had on a tour bus last summer, which was bizarre. Once we were scouting a new chorus I then brought my lyrics from this other idea that I had called Oh These Are Strange Days. It kind of all fell into place really well. 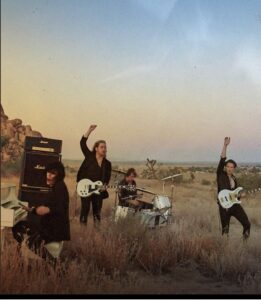 Some are terrified by these strange times we live in while others think that is a super-creative time. What’s your point of view on that?

I’d say everyone is different. I’ve met and spoken to a lot of people who haven’t been able to be creative because they felt so claustrophobic and limited and had zero motivation to do anything. Some other people like us – we only know how to carry-on and adapt and pursue the idea of growing. No pandemic was going to stop us from doing something. Even from the time the word lockdown started happening we were doing Sunday Service, Quarantine Radio, and anything to stay connected to our fans. Funny enough, originally this idea of going into the studio wasn’t meant to be a full-length album. It was just maybe going to be three or four songs, because we normally spend about three or four days on a track. So we were in there for 10 days thinking we would be lucky to come out with three or four songs, and this album kind of just fell out of the sky.

It’s a great album and you feature a couple of collaborators like Robbie Williams. What do you look for in collaboration?

With this album there were no rules. I wanted us to celebrate our individuality. I wanted us to celebrate the fact that we were the only band who could have Robbie Williams and Tom Morello on the same record. There have been times in the past we’ve been encouraged to go and fish for the biggest people of the time, I daresay more of a hip hop stance, but the beauty of this project was that it all happened so naturally. And it all happened so effortlessly, which is why I knew it was the right thing to do. There wasn’t a huge amount of thought behind it. I look at the top 40 and I looked at the rap charts, the urban charts and I am kind of inspired to experiment. Why can’t rock bands have as many features as the pop acts and the rap guys? That was kind of the hidden philosophy.

Yeah, there’s a track called Cool which is the shortest title on the album. Interesting fact, I love it so much because it’s so instinctive, it’s so led by our guts. It has a really beautiful dancing groove quality to it but it’s still kind of like rock ‘n’ roll. The lyrical content is intelligent but yet delivered in a way which is kind of throw away. Which is always a really cool thing. It’s just sick I just love it. The vocals that you hear in the first verse and the choruses, that was all the first take while I was in the groove of working out what I was going to say. It was just brilliant as soon as we started playing it. It just has this energy about it which is so unique and so different than anything that we’ve done before. So I found it incredibly refreshing. And every time I listen to it I’m still so revved up. I just can’t wait for people to hear it. 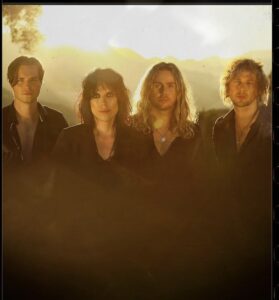 Why did you record the album in only 10 days, I mean there is plenty of time now to do whatever you want?

Like I said, we didn’t even intend to do it. It was just a happy accident. I think the combination of being completely locked away in a studio where you have all of your instruments set up, and you combine that with the excitement and the enthusiasm and the rest of the group, and the producer and the fact that this was always something we wanted to do – it was kind of like a kid who always walked past the candy store. And his mum and dad wouldn’t ever really let him have anything from that store. Then one day he finds out he can spend one afternoon in the store and then he eats the whole entire fucking thing, the whole contents of the candy store. That is what kind of happened with the group. It was like we were so on fire, we were so excited to be creating music in a way that we always wanted to, it just injected us with so much enthusiasm. Even before coming into the studio, Adam had been banking multiple riff ideas that he had, I had been writing loads of songs. I had tons of lyrics, tons of titles, it was just all systems go. Once we got into a flow, and that was definitely what it was, it was just one song after the next. We were writing three songs a day at one point. It was pretty good.

After the release of this album, do you have another project in mind?

I’ve things up my sleeve. There’s a few things. Some are Struts-related and some are not Struts-related. There is a bunch of stuff floating in the air. In The Struts world I can tell you that there’s a really good collection of really good material that we’ve put aside when we were recording what was to be the Strange Days album. There were a few ideas that were going to be added on if we were going to come out with three or four tracks. But after we came out with 10 it was quickly decided that we should consolidate, and capture, everything that we did within that specific moment in time and keep it separate. Give it its own entity. We are set on some really cool songs, some really cool stuff. Stuff which I dare say might even be stronger than this record.  So, we’ll see.

So how did you wind up collaborating with Robbie Williams?

He contacted me a few weeks before coming into the studio. We ended up talking for two hours. I said to him “if I could show you a song, would you be interested?” And he said “yes of course” straight away. So six days into it we had all the songs and I reminded everyone that we have Robbie interested and we should do something about that. That’s when I brought up the million roses idea and thought that we should use that as a template. It had an element of Robbie’s classic work. Then we ended up recording it on his porch which was fantastic.

How fun! You did a benefit awhile ago, what was that about?

Soccer Aid in the UK. I think if we look back on it now because it’s been a month or so, it was us really kicking the door down on the United Kingdom. From that we received an extensive amount of press and we’ve actually had our very first ad on UK radio. It’s been a huge achievement for us and we got a song playing on the biggest radio station in the UK, BBC Radio 2, and it’s played about four times a day. It’s been great.

If you could send a message to the planet for everyone to hear what would it be?

“When you stumble and fall get yourself off the ground, and play your favourite song and sing it out loud.”

Do you have any final words that you haven’t said yet?

I think it’s important to say before the idea of recording “an album” happened, we went into this really just to give something to our fans during such bizarre times, just to keep people positive and entertained and provide an escapism. I hope not only that fans enjoy the record because it was written for them, but also that it puts a smile on their face. I hope that it does what my favourite music does to me and that’s puts me into a different world that inspires me and helps me to exist in this at times bizarre, bizarre world.