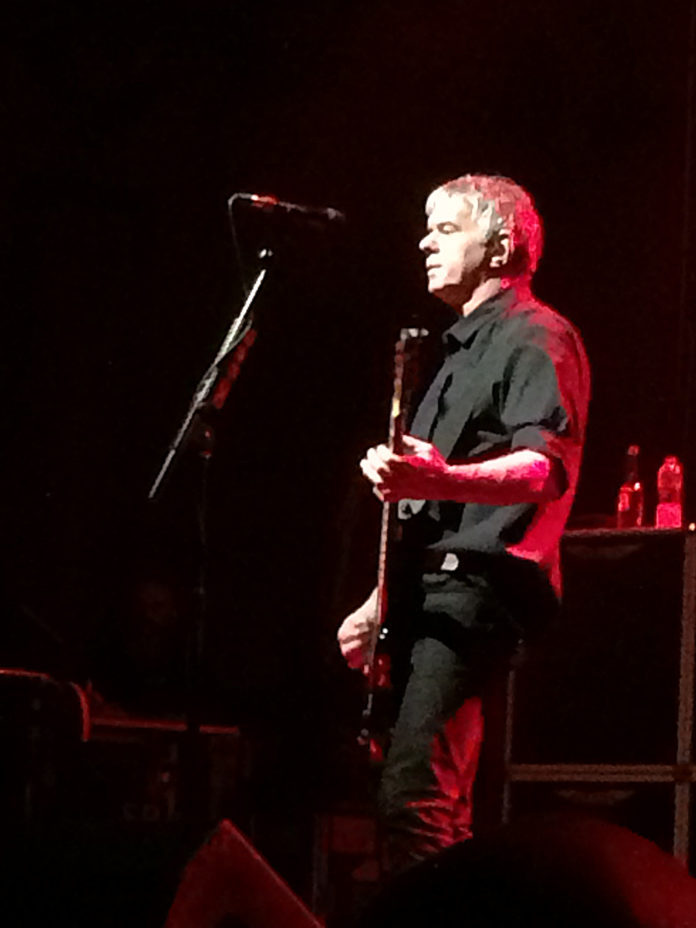 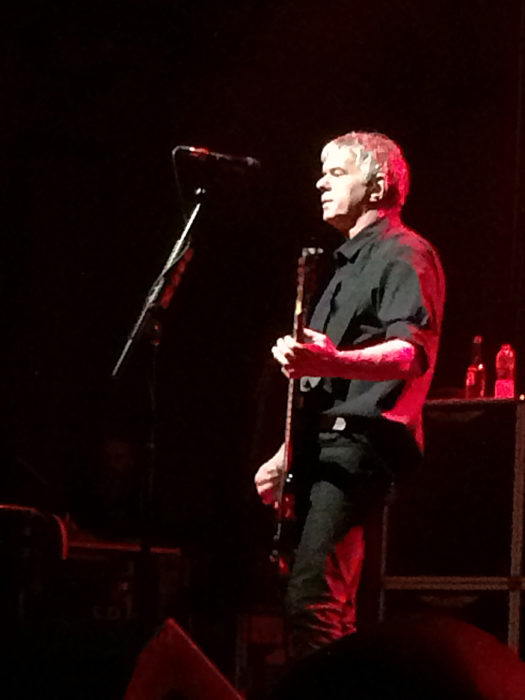 “We are The Ruts and tonight we are going to kick arse” – and that’s what they do for a glorious 45 minutes. They play beneath a huge banner of the cover of their first LP The Crack, now owned by Henry Rollins and stored in California, preserved in a climate-controlled gallery. But that’s another crazy story. Tonight both bands have rather a lot of stories to tell.

It’s the last of 12 shows in 12 days and The Ruts are razor-sharp, winning over the audience in one song. West One (Shine On Me) shines out as a high point and sounds glorious in the cavernous Huxleys. Always political, the band remind  expat fans that one of the most important British elections in history is but days away and Babylon is actually burning. 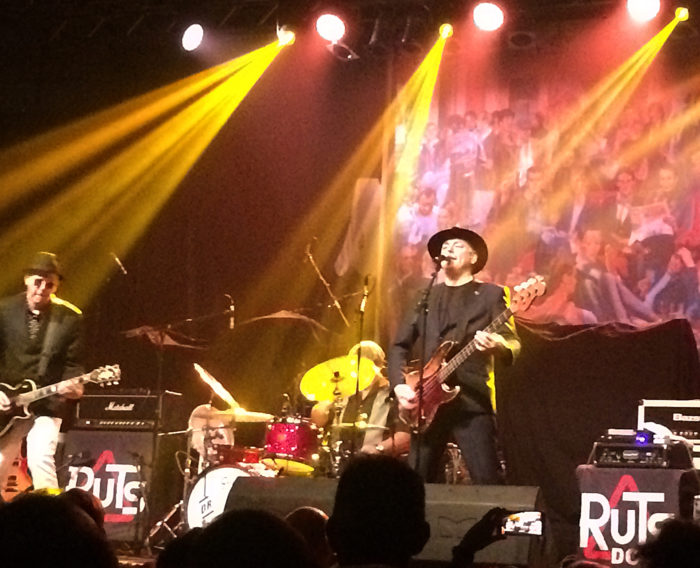 No one is really sure how to describe The Stranglers. They started years before punk then scared the shit out the London punks as well as outselling many of them with their menacing and genuinely frightening and crude music, having their biggest hit with a sweet little pop song about heroin addiction, selling almost a million copies in one week but only getting to number two. Being so diverse and hard to categorise, it is only fair to say they are truly one of the great bands from Britain and their army of dedicated fans certainly proves that.

As soon as the creepy intro of Waltzinblack is over, they pound into their classics at breakneck speed, starting with Duchess. Dave Greenfield looks like he’s physically plugged into his keyboard stack as if it’s his life support system and he gets a massive cheer every time he downs a bottle of Stella.

It goes without saying that in JJ Burnel The Stranglers have possibly the finest bass player in history and the swagger to go with it. Nice and sleazy, he does it, does it every time. For the finale it’s Go Buddy Go, a song he wrote before any of their 17 albums were released and it ends the set triumphantly.