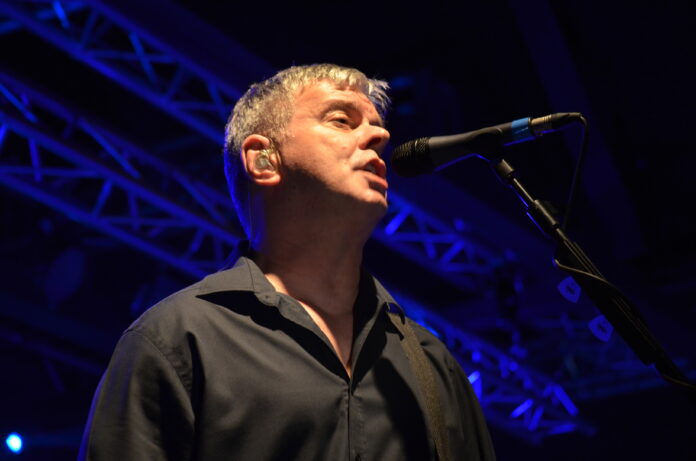 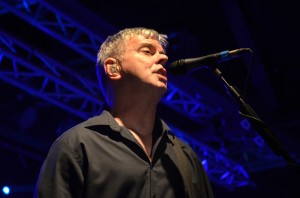 The connection between The Stranglers and Liverpool dates back nearly as far as the bands entire 40yr career; The Stranglers were the first band to appear at the legendary Eric’s venue on the 1st October 1976 – a basement venue famed equally for its flooding toilets, its infamous attendees as much as f0r the bands who appeared there; it was 80p to get in, only 60p if you were a member…fast forward four decades and multiply that sum by 7 and you would be rewarded with a can of lukewarm Danish lager from the O2 bar; in the same interim period the UK has seen eight different Prime Ministers, been involved in at least eight military conflicts, digital technology has taken over the world, health epidemics have threatened the world – through it all The Stranglers have survived, in fact on tonight performance I would argue they have thrived – they to have had their own internal conflicts (generally vocalists) but now in 2014 as they tour the UK to celebrate their Ruby anniversary they seem to have reached a point in their career were you have to question if they have ever been better?

A capacity crowd welcomed The Stranglers on to the stage; instantly you felt as if you were a personally invited guest, here to communally celebrate the achievements of arguably one of the most misunderstood bands in rock music – a band tagged with historic references to violence, sexism, the glorification of drug abuse and so on; however as Jean-Jacques ‘JJ’ Burnel leads ‘The Men In Black’ onto the stage with ‘Waltzinblack’ belting from the PA he only has a smile on his face, a few friendly waves to faces in the crowd before he leads us through a 2 hour set visiting every full album released from the 77′ debut ‘Rattus Norvegicus’ to 2012’s ‘Giants’

The Stranglers look at ease on stage, Dave Greenfield partially hidden behind a rack of keyboards seems to spend the entire set smiling, stage left vocalist and enfant terrible Baz Warne immaculately tailored in a black (obviously) fitted jacket looks comfortable handling all the material as they deliver a musical history lesson zig-zagging between ‘No More Heroes’, ‘Toiler on the Sea’, ‘Duchess’, a genuinely menacing ‘Nice N’ Sleazy’, and quite possibly the most aggressive version of ‘Bring on the Nubiles’…Warne almost spitting the lyric out, all the while JJ sashay’s across the stage, occasionally leering into the audience; the interaction between the band members is comforting to see, simple nods, a glance before moving on to the next track – and with a library as rich and varied as theirs you wonder quite how they construct a set list; I guess Jet Black’s health goes some way to dictating the pace of the set, the stage is set with two full drum kits, the main set ably manned by tour drummer Jim MacAulay, though by far the biggest cheer of the night is reserved for founding member and original drummer Jet Black as he takes to the stage; this was not so much a cheer as a terrace chant, his name ringing out as he joined his band for the encore.

Again in true Stranglers belligerent fashion their encore consists of their most sedate numbers, ballads by their standards; what other band would encore in this manner? ‘Always The Sun’, ‘Strange Little Girl’ and ‘Golden Brown’ – a set full of twists and turns, and despite the age of some of the material the delivery provides fresh impetus; somehow The Stranglers despite their 40 year history sound as relevant today as they did at their inception; I would suggest it’s down to their willingness to constantly experiment, to push the genre boundaries; they rode the punk bandwagon without ever being a punk band, they have topped the pop charts without ever being a ‘pop’ act – it’s their ability to draw upon a raft of influences from rock n’ roll, to punk, to jazz and psychadelia, to then take these ingredients and to craft a distinctly individual sound; none more evident than when Jet exits the stage; MacAulay returns and The Stranglers deliver a brutal version of ‘Tank’ – 40 years on and The Stranglers show no sign of slowing down, arguably they are now just hitting their peak!

Quite were this leaves The Stranglers is anybody’s guess, but I for one will be there to watch what happens next.