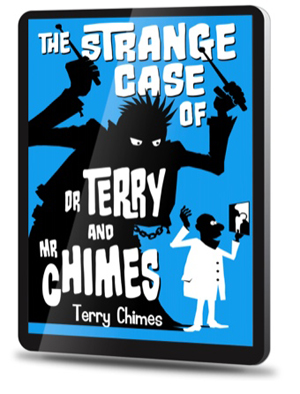 Terry Chimes went from being a top drummer to being a top chiropractor – his autobiography explains how and why and tells some great stories along the way.

Just how did a founding member of The Clash, a man who played drums with bands as far removed as Generation X, Black Sabbath and Hanoi Rocks jack it all in to become a highly qualified chiropractor with a respected and well attended medical practice?

From hanging out with Johnny Thunders, Joe Strummer, Billy Idol and the like, playing to 100,000 people at the Olympic Stadium in Los Angeles to treating ordinary folk in his own clinic in South Woodford. Talk about two worlds at opposite ends of the cultural spectrum!

Terry Chimes is that man and in his wonderfully titled autobiography The Strange Case of Dr Terry and Mr Chimes he tells it as it was then and how it is now. Speaking candidly and with humour of his days as a boy growing up in Stepney, East London with a fascination for nature, a curiosity of people and the world around him to joining, at the age of 19, one of the most iconic bands of the punk generation whose influence is still felt to this day and has inspired a myriad of artists from Blur to Blink 182, Green Day to U2 and Gorillaz to Prince.

He even found time to lend some credibility to the incredible mish mash that was The Cherry Bombz (their track The House of Ecstacy being one of my faves back in my days as a Metal Fan). Along with former Hanoi Rocks cohorts Andy McCoy, Nasty Suicide, former Legs & Co. dancer Anita Chellamah and bass player Dave Tregunna formerly of Sham 69 and The Lords of the New Church this short lived outfit was certainly an interesting one. Happily one connection from that particular career moment remains to this day as Dave plays bass in Terry’s current band The Crunch.

Sell music on Amazon at ReverbNation.com

And so after 15 years in the music business he turned his back on the rock n roll lifestyle and launched his successful career in alternative medicine. One of the few rock n roll drummers to survive induction into the infamous 27 club and reach middle age relatively unscathed barring a knife wound here and there!

He gave up the demon drink and became a vegetarian even though he showed some initial reluctance when it was suggested to him by band mates Joe Strummer & Mick Jones. As Jones said to him not long after he joined The Clash “when you eat meat you are eating fear!” His answer was “that it was ridiculous to accuse him of eating an emotion!” 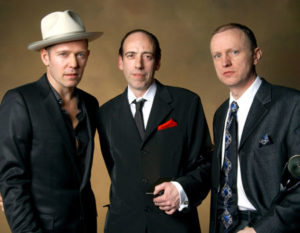 However, it took a meal in a Greek restaurant over a kebab or two with Billy Idol for him to decided that a life without meat was the way forward. As he says himself …. “If you want to convert somebody to your point of view, attacking them seems to make them argue and dig deeper into position, whereas if you show them by example you are more likely to follow”.

One of the best drummers to come out of this country and at one time highly sought after for his merciless playing style. The book is full of stories told with great honesty and clarity – another reason perhaps for abstaining from alcohol! Filled with tales of shared moments and life on the road with Strummer & Co., near death experiences, his openness to vegetarianism, meditation and a different way of life. In 2003 he along with the other members of The Clash had the justification of being inducted into The Rock And Roll Hall of Fame. Not bad for a lad from Stepney.

Terry’s wonderful book is not just an essential purchase for fans of the Clash but also for the casual reader with a taste for the rock n roll genre it serves as an interesting and entertaining insight for anyone who has felt the pull away from their initial career choice towards something perhaps more gratifying and closer to their heart. Having been on a similar journey I for one know exactly how that feels.

The Strange Case Of Dr Terry Mnd Mr Chimes is published by Crux and is available now on Amazon or direct from his own website where you can also check out news of The Crunch and purchase their latest album Busy Making Noise.