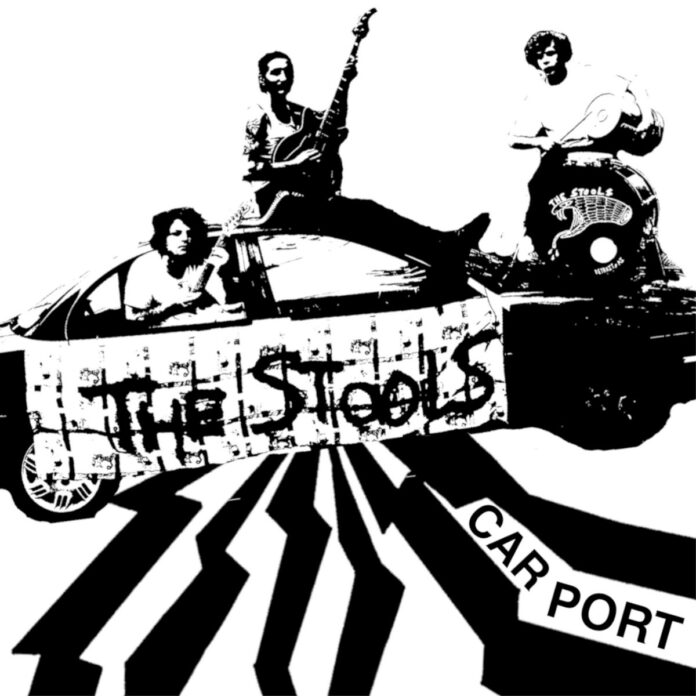 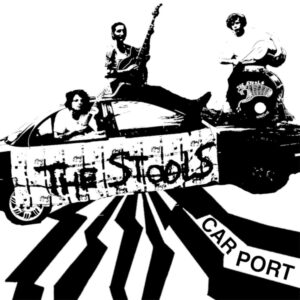 Detroit blues-punk trio The Stools return with a new EP on Goodbye Boozy Records. Think Nuggets garage classics getting pummelled by Killed By Death and you’re pretty much there.

Sometimes, as the fugg of the week sets in, you need a short sharp manic blast of riotous noise to shake you from the drudgery, dust you down, slap you hard in the face and send you back out to the streets with intent. On their new EP, Carport, that’s exactly what Detroit trio The Stools do. It’s straight-to-the-point hard-hitting blues garage punk. No qualms, no pretences, no hype, no crap. Their Michigan proto-punk godfather may have lamented the lack of fun, but these three are here to show there’s nothing but as they get right up in your face with the spitting vocals and battering tunes.

Life’s Hard Lover kicks off the 4-track EP, verging on a hardcore riot, but still with that proto sound in check. It rackets along like a possessed Jay Reatard, growling and yelping, teeth bared and bones shattered and piercing through. It’s done and gone before you realise. The cranked to distorted-to-hell vocals push on throughout. Hedge Witch sticks them front and centre as the band pound out a party-garage banger. Multiple Maniacs is exactly that, a multiple psychotic attack of raging cries over a souped-up Stooges backing. This is like the sound you might’ve heard in the dead of night in Ann Arbour as a musical revolution took hold. It’s like hearing the band through the shuddering walls. They wind things up with End Up There, a rallying wail of desperation for all on the road to nowhere, to another dead end.

The Stools have had a run of great singles and EPs and Carport adds to them. The urgency is clear, especially given that they recorded it during a city-wide power outage last October, running everything through a generator. With time against them and their backs against the walls, they have come out blazing, all harnessed by the stripped-down production of Erik Nervous.