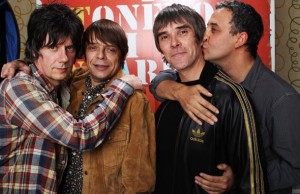 The June shows at Heaton Park, Manchester, sold out almost instantly and there has been speculation about the other acts on the bill ever since… well now the bands have been confirmed

June 29 – Primal Scream, The Wailers, The Vaccines and Kid British.

July 1 – Plan B, The Wailers, The Justice Tonight Band and Dirty North.