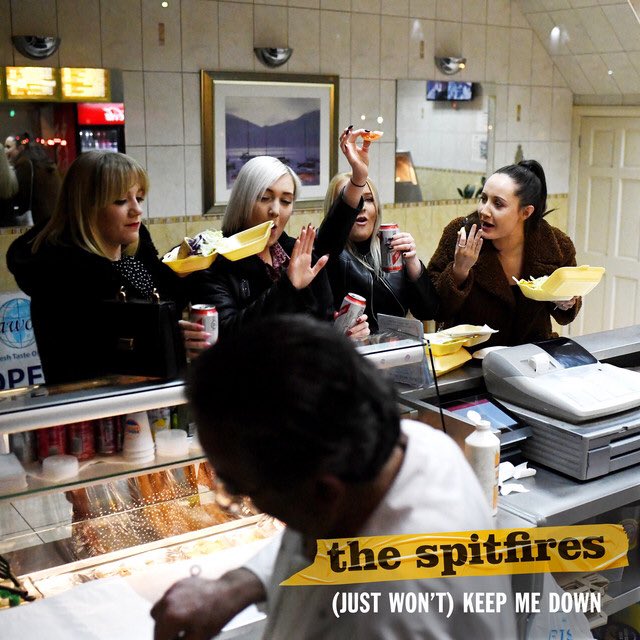 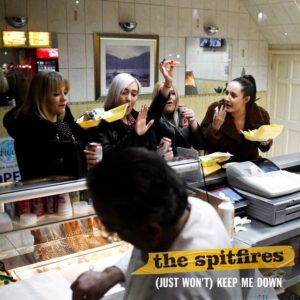 (Just Won’t) Keep Me Down

In advance of their upcoming long-player, the aptly named Watford based outfit The Spitfires return with a spiky new tune. Dave Beer reviews it for Louder Than War.

A humdrum town. And it’s raining. A place whose normality itself becomes oppressive. That’s where we find The Spitfires two years after their last album. Singing of their refusal to let their town keep them down, it’s clear they’ve retained their irrepressible vitality.

Two-tone inspired single (Just Won’t) Keep Me Down is both edgy and polished. It’s the sound of a band who have found their voice. This song might lack surprises – it is undoubtedly locked into its influences – but it captures the energy of a band reacting to their environment. It carrys a sense of claustrophobia and a need to break free. The song bursts out of those frustrations – all staccato guitars, glue-like bass and pulsing brass. It’s a blend that echoes The Specials in particular. I also found something reminiscent of Madness’ Night Boat to Cairo hidden in there somewhere.

The Spitfires have been firing out songs since 2012 (they were interviewed by LTW back in 2018). Three self released albums later they have signed to Acid Jazz Records and have this new single out and a new album ready to follow. The danger of a band like The Spitfires signing to a label is that they get their rawness polished away. There is no evidence of that here. And anyway, the earlier albums always had a a bit of a gloss to them. This new single suggests that they will continue to refine their existing sound. The album is likely to continue to carve out more of the spiky edges that jutt out all over (Just Won’t) Keep Me Down. We need some bursts of irrepressible energy at the moment.

The Spitfires new album Life Worth Living is released on the 5th of June.