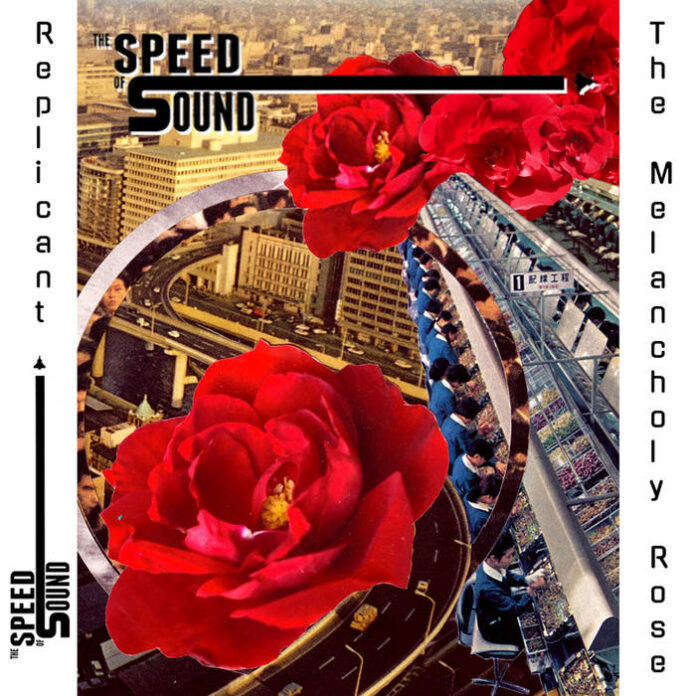 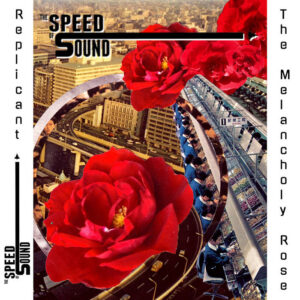 New single by long running Manchester band The Speed Of Sound, which is part of the Big Stir label’s long running and successful Digital Singles Series. Ian Canty checks the milometer and kicks the tyres…

Forming first towards the end of the 20th century, The Speed Of Sound now have entered their fourth decade of existence. They originally convened back in 1989 and the personnel has understandably fluctuated over the years, with for example some 10 drummers having been involved with the band in a Spinal Tap-like scenario. Operations seem to have picked up since 2010, as two albums and six singles have emerged over the last decade. The band’s current line up is John Armstrong and Ann-Marie Crowley, who both play guitar and sing, plus a rhythm section of bassist Kevin Roache and John Broadhurst behind the traps. They are joined here on on Replicant by John’s son Henry Armstrong on keys.

The single’s a side Replicant presents itself as a sweeping indie pop/rock number that seeks to address the woes of an increasingly homogenous world where it often seems we’re constantly under pressure from all sides to conform, buy that new car/funeral insurance plan, be just like your neighbours etc. Marked with a spirited and cool vocal from Ann-Marie, this is the just kind of wry, pointed pop pearl that has been missing presumed dead in the UK charts for some time. Coming complete with a brief but explosive psych guitar break, Replicant is full of life and the natural instinct to kick back at the pricks responsible for making the world a drab shade of grey.

The other song of the pair featured here is The Melancholy Rose, a somewhat more restrained effort with John providing vocals this time around. I liked very much the spaced out, psychedelic feel of the verses, which lead up to a prime piece of jangling guitar noise. I also felt there were some hints of the early wide-eyed innocence of Aztec Camera, which is certainly not a bad thing at all. That it all comes wrapped up with an enthralling and beguiling charm is another bonus. The Melancholy Rose sounds a bit like The Modern Lovers, if they were from Manchester and going from there to proceed on towards outer space…

The Speed Of Sound appear sharp as a pin musically on both sides of this single, bringing all their collected experience to bear fruitfully on a couple of different, but very catchy numbers. Both are lovely sounds just right for the summer that’s on the way and the ideal tasters for what is evidently one smart outfit. All we need now is a spanking new album to follow it up.