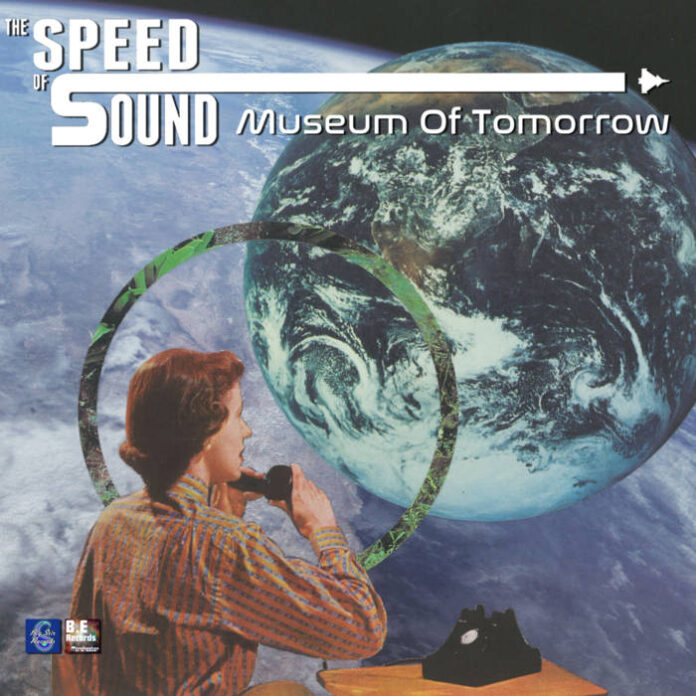 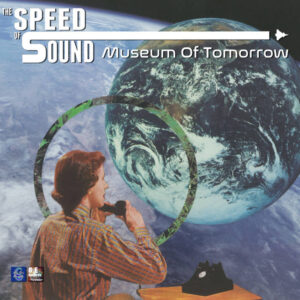 The Speed Of Sound: Museum Of Tomorrow

I recently reviewed The Speed Of Sound’s Replicant single (you can read more about that here), having first come into contact with them via their contribution to one of the excellent Wave compilations on Big Stir. The Manchester band has been in existence for over 30 years, but this new record is only their fifth full-length collection. The current line-up of the band that is featured here is songwriter John Armstrong and Ann-Marie Cowley, who both share vocal and guitar-playing duties, plus a rhythm section of John Broadhurst on drums and bass player Kevin Roache. On Museum Of Tomorrow, they are also helped out by John’s son, Henry Armstrong, on keyboards, a cameo from Janet Armstrong on the song Charlotte, and Last Orders totes an ‘International Bridge Chorus’ that includes the great Dolph Chaney, among others.

Bearing in mind the museum theme of the album’s title, the disc is split logically enough into two galleries, which serve the same purpose as the sides of a vinyl record. Continuing along the same lines, the songs are given a letter and presented on the sleeve as exhibits. It’s the kind of quirky touch which the band employ in their music too, with much success. Exhibit A finds Museum Of Tomorrow hurtling out of the blocks with a sparky Tomorrow’s World. It effectively maps out The Speed Of Sound’s methods from the beginning – they position themselves somewhere between indie jangle, power pop and post-punk, with both Ann-Marie and John’s voices granting the songs different aspects and emphasis. They are also very melodic, despite odd and original angles being probed. This two-pronged approach manages to wind its way into something that is coolly novel and damn addictive.

Each track segues into the next on Museum Of Tomorrow, with Opium Eyes soon upon us. John’s slightly Jonathan Richman-style vocals emerge to the fore, as Anne-Marie impresses in support on a racing punky rocker with psychedelic tendencies and some grunge-enhanced guitar work. Then comes Smokescreen. This entrancing pop tune is garnished with garage aesthetics and comes complete with a bit of the unstoppable vim of early Buzzcocks at its base. We seem to be living in a Zombie Century, but the song itself totes a weird-out 1960s feel. Yes there is some psychedelia strangeness afoot here, but it is wrapped around a neat pop structure. The percussive brawn of the rhythm section is crucial to the success of the whole LP. It is deftly deployed to help the other instruments and voices on their journey into the unknown.

Following closely behind is the glistening sound of Wired And Tired. The bass really comes into its own on this tune, subtly dictating the tempo. A change in pace is offered by the acoustics of Virtual Reality (Part 2), where Ann-Marie’s voice leads the way on a chilled piece of folk-tinged pop/rock. Henry Armstrong’s keyboard work, restrained for the most part up to this point, really stands out here too. Then Shadow Factory concludes Gallery 1 of Museum Of Tomorrow with some snappy guitar, watery synths and a soaring vocal line, with John working in the background to complement Ann-Marie’s lead. The full stop to the first side or gallery is a spoken word “It’s full of stars” on repeat.

Then we move swiftly to Gallery 2. Brief machine squalls give way to the dual vocal attack of Impossible Past. John’s singing is like a Dylan-ish sneer on this sweeping pop nugget that comes with a serving of chunky guitars. I feel there is a relentless momentum here that is totally infectious. A funky bounce works as a rhythmic introduction of Leaf Blower, where a bendy guitar line wanders attractively. Though the album is consistent, this one stands out as a true pearl of modern psychedelic pop, enchanting in its chilled cool. Conversation and then the radio time signal come, before the chords of Blood, Sweat And Tears ring in. I don’t think this has anything to do with the jazz/funk rock band of the same name. The Speed Of Sound appear at this point a little like The Subway Sect, with Lou Reed singing lead, with clashing chords and a bracing rush to the music.

More sound effects come before the next offering. There is a knock on the door, then heavy breaths, until the tense rhythmic build-up to Charlotte makes its presence felt. Moody and somewhat sinister, Charlotte broods mysteriously before the coasting release of the chorus. The Day The Earth Caught Fire shimmers in; this may appear to be in a straighter indie-pop mode, but it is still eminently pleasing. As a finale, Last Orders warps in and skips along, conjuring up a whole caboodle of sound that encompasses folk rock, punky bravado, 1960s easy listening and rough-edged guitar rock. With the massed choir backing vocals willing things on, this speeds to its conclusion in fine style. The song title repeats again as spoken word to end the album.

The Museum Of Tomorrow is a brilliantly executed and unique long player, which constantly surprised and delighted this listener. On it, I felt taken on a trip to a world much like ours, but seen through a broken kaleidoscope. The Speed Of Sound map out both very pretty paths and strange thoroughfares, a musical psychogeography if you like, but they always remain very accessible. They never lose sight of a good tune, even when they are in the process of delivering a musical curve ball. A world of invention and mystery is wrapped up among the 13 beguiling melodies that make up the album. It is a triumph of industry, imagination and talent and really one not to miss out on.