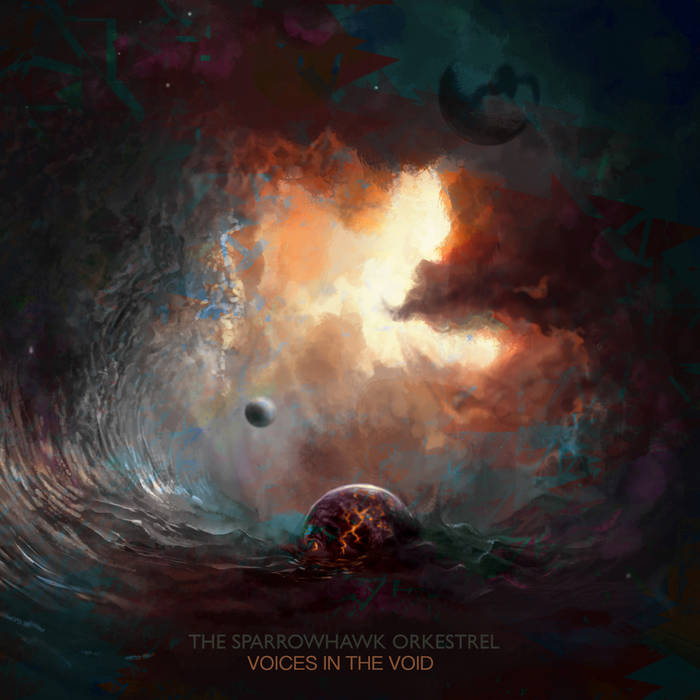 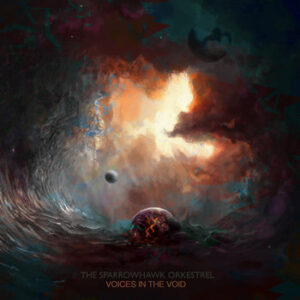 The Sparrowhawk Orkestrel- Voices In The Void

Another one that arrived via the wonders of Twitter. The band are avid readers of LTW and thought we’d like a listen. I’m glad they did as this is an album that beguiles and delights in equal measure.

Hailing from Dundee, they’re not a million miles away in location or sound from other LTW faves Fat Goth. Their press release mentioned both the Foo Fighters and Frightened Rabbit (not their words, incidentally, a review from a local ‘zine) but the sound of the band is light years away from the constipated rock of the former and the geography-teacher-angst-indie of the latter.

“Voices In the Void” is the second album from Sparrowhawk Orkestrel and it’s myriad twists and turns, as well as its, at times, punishing, pummeling rock really does defy categorization. Their debut “Vole” is well worth seeking out, too. There’s little elements of Jesus Lizard, bits and pieces of Helmet’s coruscating riffing as well as a driving, punkish energy and some downright bafflingly good musicianship. There’s hints of Fugazi in A Frayed Knot as well as additional nods to the likes of Drive Like Jehu or Polvo.

Just to throw a complete curve-ball into the mix, there’s little sections of be-bop jazz and scat singing scattered through Panic At The Tesco not unlike the music of the Buster Poindexter character created by ex-New York Doll David Johansen. The song is an colossus of interlinking changes and time shifts; the narrative about anxiety and depression adds a needling paranoia to the music-scape.

That self-same song has so many different threads careening through it as to make it, at times, head-spinning; driving double bass drum flurries and thunderous, elastic bass patterns make way for spiraling guitar figures and explosions of power chords. Its prog, Jim, but not as we know it….

I was surprised to find that the band are a three-piece; a trio that can  fashion songs as tight, taught and as downright epic as some of these are obviously well-honed in the musicianship stakes. Don’t get me wrong, it’s not “2112” or “Camelot On Ice” or any same-such jazz-odyssey-wank but the interplay between the three musicians is often mystifying and oddly satisfying.  Shadow On the Wall retains much of the math-rock signatures but there’s an off-the-wall weirdness and furious rock that recalls some of The Manic’s “Holy Bible” album.

Chrono is the second single from the album and  is an exploration of the nagging doubt of lives and time wasted.

The question of where Sparrowhawk Orkestrel fit into the landscape of 21st Century music persists, I guess. Quite frankly I don’t care, they don’t care and neither should you, dear listener. The point isn’t fitting into the box, it’s breaking out of it.

This is an album full to bursting point with unique ideas and new ways to play music. Make them famous.