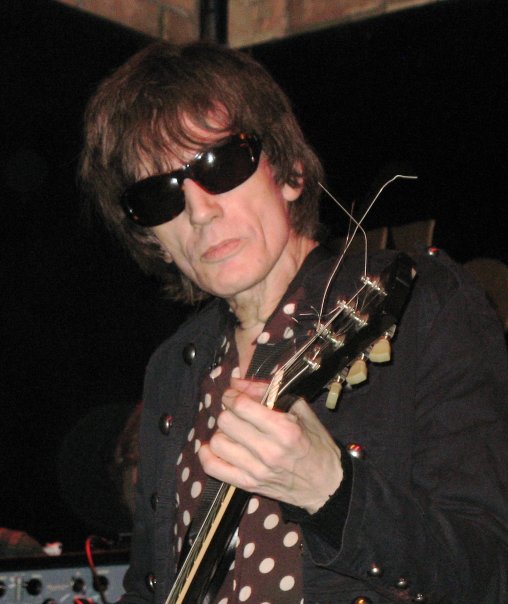 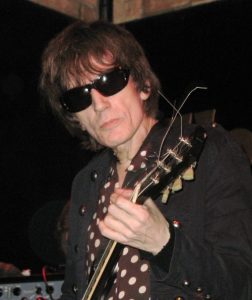 The Songwriting Genius of Peter Perrett.

With his first ever solo album, ‘How the West Was Won’ due for release on Domino Recordings at the end of June, long-time Perrett fan, Ged Babey, rounds up fellow writers, musicians & fans to discuss the Greatness and Perfection of the Only Ones singer’s finest work… taking one song each as an example.

Part One  included Ian Moss on ‘You’ve Got To Pay’, Russ Bestley on ‘Language Problem’ and Rich Levene on ‘Creature Of Doom’.

Part Two was Andi Dalton on ‘It’s The Truth’, Tim Rundall on ‘Is This How Much You Care?’, Peter Coyne on ‘The Whole of the Law’, and Cynthia Ross on ‘The Beast’

….and so without further preamble…

Gus Ironside on Lovers of Today

‘Another Girl, Another Planet’ may often be regarded as the pinnacle of Peter Perrett’s song-writing, but for those of us who’ve fallen under the spell of Perrett’s dark oeuvre, there are many contenders for that honour.

The Only Ones’ debut single, ‘Lovers of Today’, is a song I never tire of. Much darker musically than the group’s celebrated second single, ‘Lovers of Today’ drips with menace and doomed romance. The song’s exquisite composition brings to mind Ray Davies at his finest, yet the heady cocktail of fatalism and adventure conjured by the lyrics is more reminiscent of Iggy Pop circa ‘Raw Power’ and ‘Kill City’; there’s a chasm-like yearning at the core of the song that could inspire a simpatico listener to take an Yves Klein leap into the unknown.

The third verse functions as the perfect summation of Perrett’s projected persona:

If we ever touched it would disturb the calm:

I don’t have the energy,

You could say things get pretty tranquil with me.

It’s worth remembering this definitive early snapshot of Planet Perrett before listening to Peter’s debut solo album, ‘How the West Was Won’; the album’s hard-earned celebration of the glory of love will sound all the sweeter.

It’s impossible to definitively claim a favourite Pete Perrett song when there are so many classics (The Beast, Whole of The Law, It’s The Truth, Miles From Nowhere, of course – Another Girl…) but Devon Song from Remains – a ramshackle collection of demo’s & rarities – is my choice on this miserable, grey Monday morning as I remain unable to move from the warmth and security of my bed to face the ridiculous world outside. The faded-romantic air, some late night pillow talk & whispered conversations to a doomed lover who, this time, has gone too far and fucked up beyond repair. You know things can never be put right again, it’s gone well beyond that. In that moment, however, in the narco-sexual, twilight afterglow, bedclothes pulled up as the rain lashes the windows of a dilapidated, ramshackle cottage, far away from the town, the dealers and the problems, all is well. A temporary, but rapturously welcome fix, to an unsolvable problem that even this paean to ‘it’, is but a temporary, working title – that stuck, a bit like Pete’s relationship with the drugs that plagued his career for so long. Only a true hero could turn around such insurmountable problems, and only a true legend could then go on to prove, against all the odds – that drugs have fuck all to do with songwriting genius.

Andy Blade is the former singer with Eater, a solo artist and author.

From ‘Another Girl, Another Planet’ to ‘Deadly Nightshade’ with Nina Antonia’s stunning biography “The One and Only, Peter Perrett” as my navigator. What a journey through a band’s back catalogue that was and what a treasure trove of gems to be found. I urge anyone out there who wasn’t born in time to catch ‘The Only Ones’ in their prime, or who has only heard ‘another girl’ to go forth and devour the hidden bliss and chaos of a band time can’t forget.

A homme fatale’s cautionary tale of a femme fatale’s deadly allure. Sensational three minute blossom of melodic menace! The band’s disintegration at the time only serving to amplify the doomed meandering of a noir-soaked mind. A unique sense of imagery is so inspiring for me as a songwriter and music lover, and ‘Deadly Nightshade’ hits up a timeless, image driven analogy of addiction, sex, nostalgia, love and regret. My pupils dilate, infused with drops from the fatal bloom. I fall in love with something seductive and deadly. The heady mix of dark, brooding lines set against an enchanting melody. The languorous snarl of Perrett’s vocal, taking the listener on a dangerous night flight of love and despair. A sparse, reverb soaked production, with Mair’s menacing bass line, places Deadly Nightshade as a timeless cut from ‘Baby’s Got a Gun’.

‘Deadly Nightshade’ pulsates with snaps of Cocteauesqe imagery, serving as the inspiration for the Lola in Slacks debut album track ‘Postscript In Blue’. Out of the perilous bloom comes my own song of love and regret in homage to ‘The Only Ones’ and The one and only, Peter Perrett. Chapeau, Monsieur P! x

Lou Reid is chanteuse with Lola In Slacks (Soundcloud)

It’s not all about the one song. It’s never been just about the one song. The striking thing about the first two instalments of this article is that nobody chose The Song as their favourite Peter Perrett song. This could mean it’s overrated (it really isn’t) or that fans of Peter and the Only Ones are a dreadful bunch of arcana-flaunting hipsters. Well, I’ve been known to take a bit of pride in my rarities, but here I’m taking a third line: the line that says when you look beyond that perfect three minute storm, past those exquisitely drawled lyrics, that guitar solo and those drums (shine on, Kellie)… when you look beyond “Another Girl, Another Planet”, Peter Perrett’s catalogue runs deep and beautiful.

Like, I suspect, almost everyone else involved in this exercise, choosing a “favourite” Perrett song is all but impossible. There are so many great ones that I’d struggle to nail down a Top Ten. Honourable mentions? “Someone Who Cares”, of course, perhaps the ultimate distillation of Peter’s blend of savagery and tenderness. For a sense of time and place, the Live in London take of “Trouble in the World”, the very first thing I heard when I dropped the needle on an Only Ones album. And if you’re thinking about musical transcendence, of the band playing like they’re inside each other’s heads, the Peel Session version of “Oh Lucinda” stakes a mighty claim. And it’s those four sessions, first anthologised by Strange Fruit Records in 1988, that lead to my choice.

It’s unclear how many recorded versions of “Prisoners” exist. The most readily available is on “Remains”, the posthumous compilation from 1983, and it’s… OK. The song’s quality is obvious. Gordon Edwards brings some good piano. And yet, the band rush through it like they’ve got a train to catch, sometimes in a distressingly trebly fashion.

A different piano-based variation, which may have been the almost mythical Keith Richards demo from Tooting, popped up briefly on John Perry’s MySpace page nearly a decade back. And there’s yet another take of the song on Perry’s Soundcloud – a lovely, vaguely countrified run-through that sounds like prep for the Peel Session itself. Most of the solos are in place, the rhythm section swings loveably and Peter’s cadences are almost not quite, spot on. It has the air of a final spar before the main event.

The take of “Prisoners” recorded at Maida Vale on December 19th, 1978 is what I’d play to an alien demanding to know who these scruffs singing about other planets were. Every member of the band is in the zone. Perrett’s voice and Perry’s lead are in utter harmony this time, starting out warm and enticing – and staying that way – but leading the song and the listener through a heck of a lot of emotions. Alan Mair is what he always was, rock-solid yet as limber as a bassist can be, and Kellie, well, Kellie gives the lie to that quote about Levon Helm being the only drummer who can make you cry.

And the song? A play for today in three and a half minutes. It could be about actual jailbirds – Perrett was getting a lot of attention from the police around the time he wrote it – but which wing of Wandsworth he was trying to avoid is hardly the point. It’s a portrait of a relationship, and whether that’s between cellmates, lovers, enemies or friends, it’s about people. About trust, betrayal, uncertainty and finally – in this case – some kind of escape to victory. “Confined within a space so small/ We helped each other over the wall.” It took this listener to a different and more wonderful place in 1988, and it still does.

Tan LeRacoon on The Big Sleep

A Hamburg musician called  Tan LeRacoon, who has worked with Nikki Sudden, Down By Law and others,  wrote to me. He made the point that what separated and elevated the Only Ones from all of their ‘punk’ contemporaries was the fact they were unafraid to play beautiful slow songs as well as being faster-than-lightning. and ‘express touching, sweet and emotional’ terrain.

That and their musicianship, as he says;

“…the only band at the time to play real guitar solos, which served a purpose…  I knew, my rock n roll needed to be more than those three chords.’

The bands image of course was an attraction. Tan again

“They looked fallen out of time, fallen angels…’

He even came to London to seek out Peter during the wilderness years to try and coax him into playing again….

Tracking down England‘s Glory on bootleg tape in Camden in the early 80’s was a major prize at the time.

But, if I must single it down to one song I would choose The Big Sleep.  Perrett has found love and he needs to hold on to it. There is desperation in those lines. It sends shivers down your spine…. Truly, epic

The Fourth and Final part of  The Songwriting Genius of Peter Perrett will appear in a week or two – so keep tuning in to Louder Than War and get those pre-orders in for How the West Was Won.…

with thanks to each and every contributor, the original uploaders of the You-Tube clips particularly Richard Ross (for  Devon Song) and all the members of  the Fans of the Only Ones Facebook group.   Photo by Oliver Gray.