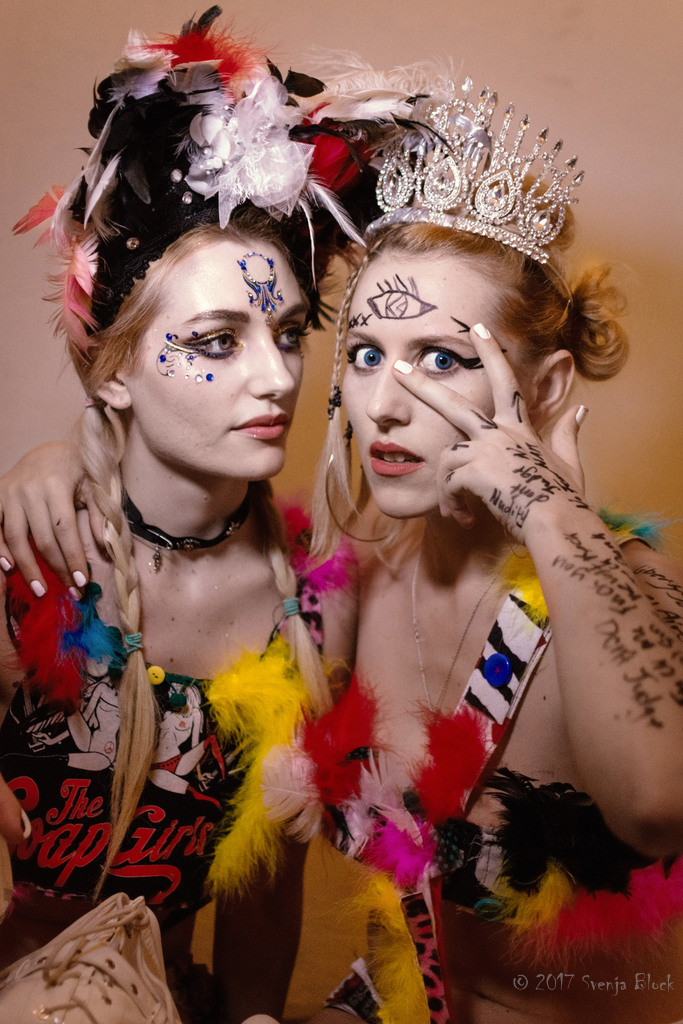 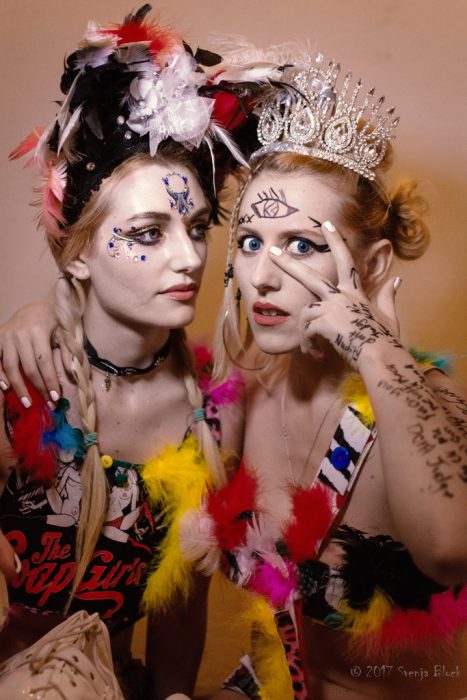 “WE ARE HERE TO ENCOURAGE PEOPLE TO FIGHT FOR THEIR RIGHTS”

Fresh from playing Blackpool’s Rebellion Punk Music Festival, feisty, South African two piece alternative rockers The SoapGirls are currently touring and promoting their new album Societys Rejects in Europe, which is a far cry from their early childhood lives as street performers. Despite the long periods of time that is spent being on the road, their only complaint is the isolation they feel when they return home between tours.

I had the opportunity to catch up with them at one of their London concerts recently and find out what they are all about. Growing up in the public eye made the Soap Girls only too aware of the “ugliness out there” – from commercial farming to bullying, this awarness is one of the driving forces of their creativity and foundation of their message in their performance art. One of my burning questions since first meeting them at Camden Rocks Festival in June was, what is all this nakedness about?

“We create Revolt Rock music that provides a space for people to celebrate their uniqueness and to stop taking shit from a seemingly heartless judgmental society. Both our stage shows and music addresses and encourages people to get out of their shells and forgo labels that society has imposed on them. Our message is all about freedom and being fearless enough to be a non-conformist and proud of it and if it makes you a society’s reject then embrace it! Our music also addresses injustice both political and social ills we also strongly condemn commercial farming are anti-ageism and try to make people cognizant of the most vulnerable in our society i.e. the elderly. As serious as a lot of our subject matter is we do have a wicked sense of humor and its incorporated into our music and shows fun and freedom.”

What role, does the band have in society, specifically in relation to the message the Soap Girls are trying to communicate through your performance art?

“We’re unsure we have a role in a society we are not in agreeance with, but we are here to encourage people to fight for their rights and to recognize that as individuals they have a role to play, especially to learn how to stand up and be fearless and proud to be all they can be without concern as to whether they fit into the various labels society tends to bestow on others. We want people to start standing up to governments who enforce policies which are disabling and discouraging to the man on the street and we are here to be heard and highlight the issues in an increasingly heartless and unthinking society we are in a society that definitely needs a shake up where the most vulnerable are taken care of we say that power is within each and every single one of us and we hope to keep this movement and space of freedom and non-judgement growing.”

Describe a real-life situation that inspired you?

“Being in a supermarket while it was being held up in an armed robbery inspired our song “Snakes and Ladders”. Then losing a close friend to cancer this year inspired “Bury me”, in fact all our songs are inspired by the experiences we have as we live life very real.

“Being attacked onstage was the worst and scariest, cos it was so unexpected. It happened on our first tour, the owner of a venue booked us in order to carry out a physical attack on us whilst we were into our third song of our set.”

Favourite or most inspirational place you have travelled to…

“Scotland is magical, we adore the UK. The family environment of Italy and New York is a planet of all sorts to experience!”

What’s your most embarrassing moment?

Mille: “It’s my last Birthday let’s just say alcohol makes people do crazy things I ended up making out with random women and guys and lying face down on the stage.”

Mie: “Mine was we were performing at the Big Lebowski in Italy and mid show I realized I was covered in my period blood and I was wearing a white body suit so the blood traveled up and down my legs but obviously it just became part of the show the Italians loved it thought it was tres artistico!”

What are your goals and where do you see yourselves in the next 10 years?

“Our goal is to have released another 7 albums by then, toured the rest of the world, amassed an army of society’s rejects that live life to the fullest and love our music and maybe have our own TV show and fashion line. We also want to have by then built a platform for addressing issues close to our hearts and to be able to enable others to reach their full potential.” 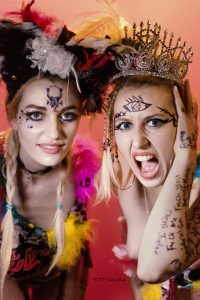 What artists do you most identify with?

“The Runaways, Joan Jett, Marilyn Manson, The Sex Pistols, and Kiss. All of them have at some point in their careers endured hatred and hardship due to their non-conformity and outspoken views and strong image”

What do you dislike about the music industry?

“That commercialism has led both musicians and society alike to believe that there is a formula that music needs to fit to, and that everything needs to fit into a category to work. The notion of perceived perfection and mostly the sexism which is truly very rife!”

What’s the best piece of advice you’ve been given?

“Be true to yourself always! And you were born an original, don’t compromise by living up to other people’s expectations or society’s limitations.”

What memorable positive and inspiring responses have you had to your work?

“The most beautiful response is from people that have felt alone and rejected all their lives saying they finally feel proud to be who they are and whenever we inspire people to pick up an instrument!! A lot of our fans have been fans since our early days of street performing, starting out when we were 8 or 9 years old. Often someone will come to a show and tell us how proud and inspired they are to have known us from when we were street performers and watching our journey over the years to being at a show watching us rock out years later, that for us is very special.”

The album “Societys Rejects” is out now. 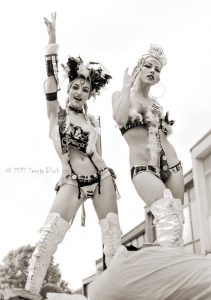 The SoapGirls are on tour across Europe now and return to the UK mid October 2017.