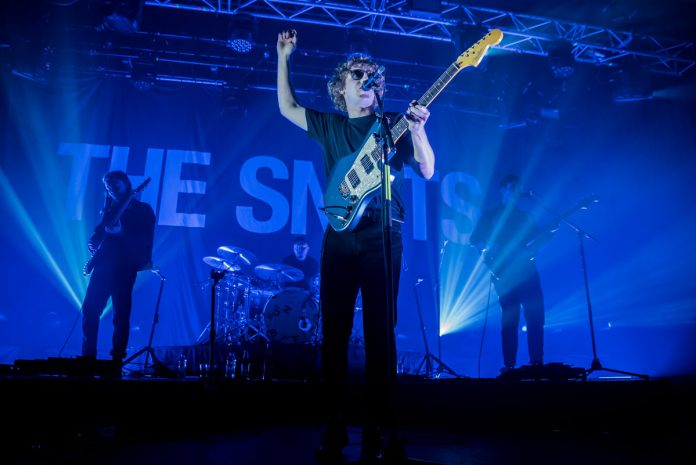 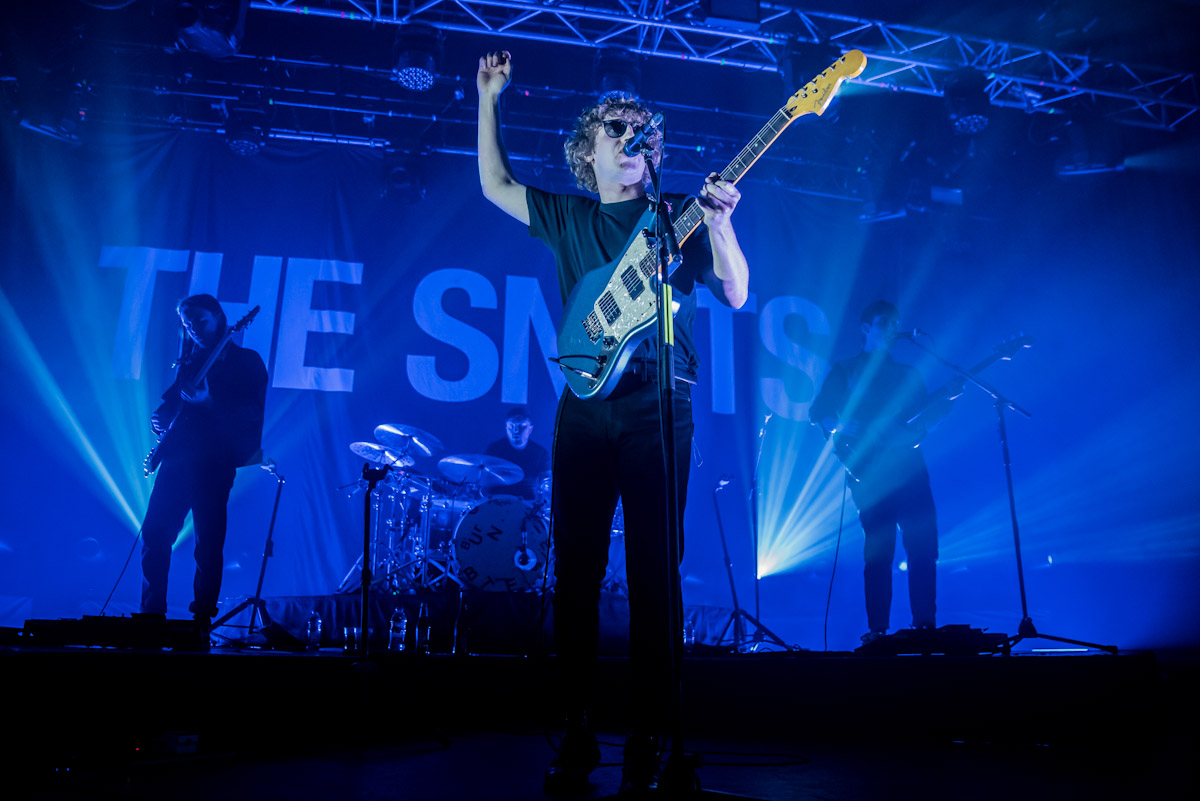 In ’77 and ’69 revolution was in the air. Fast forward to 2022 and there’s a whiff of insurgency once more, as feisty Scottish guitar band The Snuts take the stage to the acclaim of a large partisan Manchester crowd.

The tone is set from the off as the spirit of Socialist firebrand Tony Benn is invoked with a sample of his speech decrying the subjugation of working people before the band launch into the swaggering manifesto Burn the Empire and the crowd goes ballistic. The PM may have invited ridicule by naming The Clash as his favourite band but it’s unlikely The Snuts will make his Christmas card list as frontman Jack Cochrane spits out “And Boris like a Morris Minor, old and obtuse and dazed and confused.”

We barely have time to draw breath before All Your Friends, a cautionary tale of drugs and misspent youth, has the audience hooked and the band don’t let go of us until the last note of a generous 22 song setlist. There’s more rabble-rousing to follow with the recent single Zucherpunch, an acerbic rebuffal of the social media giants’ unrelenting incursions into our everyday lives and new song Idols’ (“I wrote this the day after the Tories won the last election”) prompting chants of “fuck the Tories” and leaving little doubt that the band are preaching to the converted. 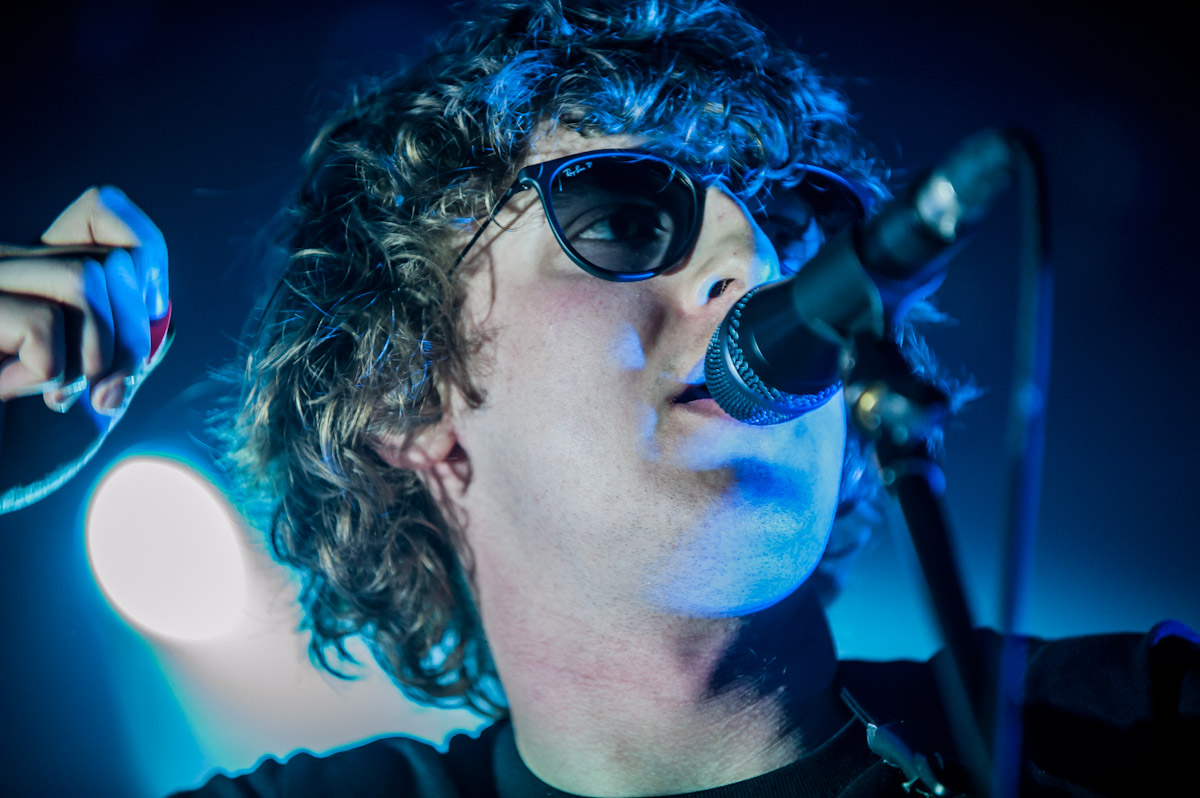 But it’s not all about tub-thumping and the Snuts are nothing if not eclectic. Undeniably a band of contrasts they alternate from biting political commentary to vulnerable introspection. There’s the pure pop of Maybe California and That’s All It Is, the rollicking cacophony of Don’t Forget it Punk and the mellow, bittersweetness of No Place I’d Rather Go and Top Deck. We’re even treated to a guest appearance from Ayrshire rapper Bemz during a playfully revamped version of Elephants.

There is the danger that such a varied repertoire will result in only pleasing all of the people some of the time, but a Number 1 debut album and sold out venues suggest that, for the Snuts, variety is very much the spice of life. The surprisingly diverse audience (I even spot one guy proudly sporting a Metallica shirt) reflects the wide appeal of the Snuts born of their willingness to embrace the musical zeitgeist of the past few decades while putting their own unmistakable stamp on everything they do. Although the crowd is predominantly young, there are plenty of middle-aged faces drawn by the timeless allure of great tunes, tight musicianship and slick production. As Cochrane himself says without irony “There’s so many songs everyone wants you to play.” 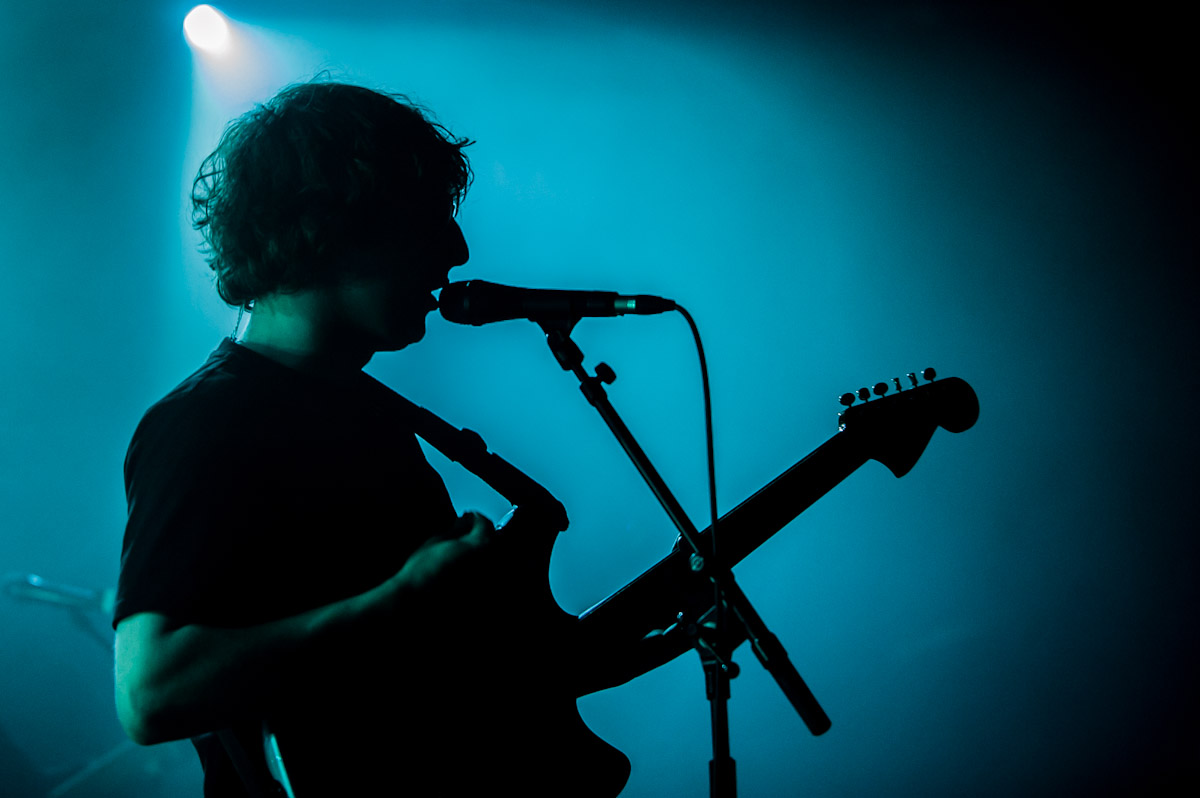 It’s a no frills show with the frontman sporting a plain black tee and signature shades, but as the man himself says “It’s not the way that you dress, it’s the way that you sound.” Cochrane’s amiable chatter, although occasionally lost in translation to Mancunian ears, helps cement the tangible rapport between band and audience. And if the set started with a bang, the encores are sheer arms in the air, singalong stadium-filling anthems. Early single Seasons is followed by a heartfelt Somebody Loves You (used by the band to support the work of the Scottish Refugee Council, putting their money where their mouth is) and the spine-tingling Sing for Your Supper. Inevitably, proceedings are rounded off with signature tune and crowd favourite Glasgow with the audience singing every word at one with the band.

This fresh faced foursome had humble beginnings with Cochrane admitting that “Last time we played Manchester there were about ten people”, but they have paid their dues with an album several years in the making, many miles on the road and the frustrations of lockdown and they have honed their act to become one of the brightest prospects out there. For the Snuts, the only way is up.

Words by Robin Boardman. This is Robins first piece for Louder Than War.

Photos by Michael Bond. More work by Michael can find on his author profile, Facebook | and Twitter. His photography portfolio can be found here.