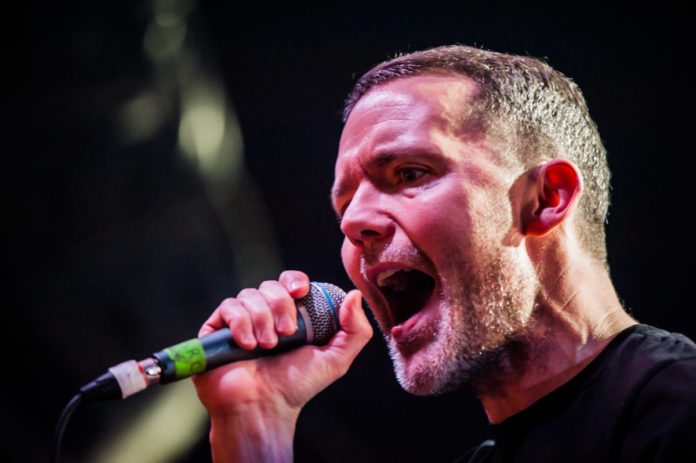 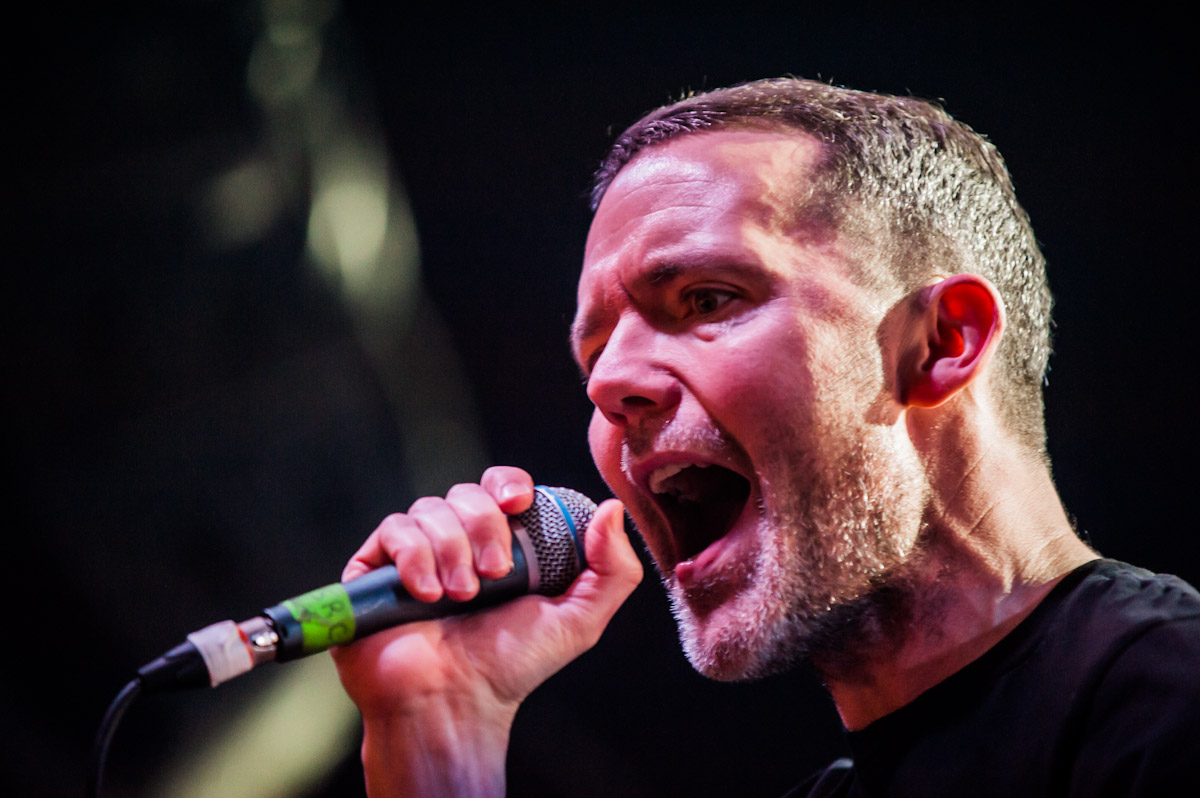 The Slow Readers Club completed their two-night sold out homecoming shows at Manchester’s O2 Ritz on Friday night with a glorious set that felt like an established band running through their Greatest Hits with a tantalising insight into two new songs from their forthcoming fourth album.

The story of The Slow Readers Club is one to warm the coldest of hearts. For years they flitted around the fringes of the Manchester music scene and were almost unheard of outside an M postcode. They self-released their first two albums and slowly but surely their unshakeable belief in what they were doing started to reap rewards. Out of nowhere sold-out signs started to appear in Manchester, their Sheffield shows in particular showed how they were starting to spread their wings and make inroads elsewhere. They’d already announced their first show here, after selling out Gorilla, where a series of coincidences (and the sheer brilliance of that second album Cavalcade that charmed the band) led them to tour across the UK with James in 2016. Their 2018 album Build A Tower broke the Top 20 from nowhere and their endless touring schedule established them as one of the most-loved and ardently-followed bands in the country. Tonight the Ritz feels like an intimate homecoming, a celebration, a party and also the close of one chapter before the excitement of a new record in early 2020. 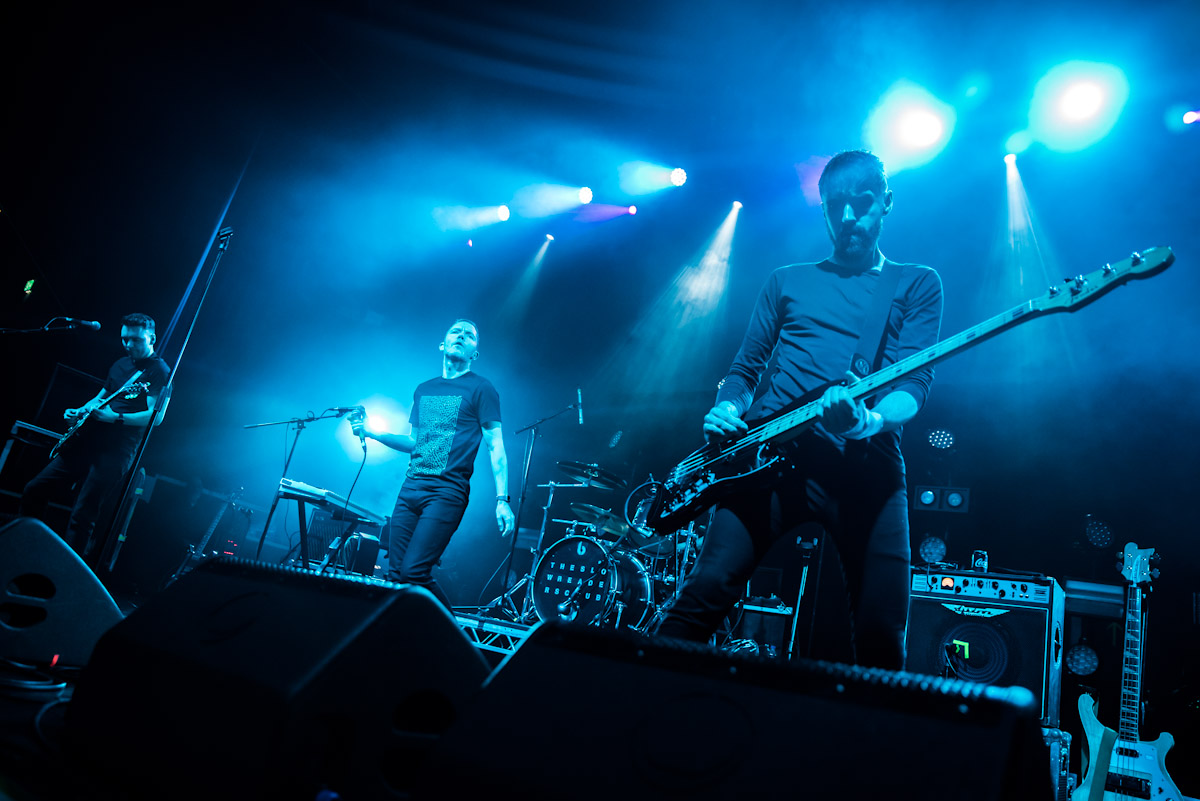 The now ubiquitous chants of “READERS READERS” pierce the expectant air of the packed Ritz as the band take to the stage to a track from the Rocky 4 soundtrack and launch into On The TV, which gives the sprung dancefloor here a testing workout as the crowd take the song’s hook and scream it back to a man and woman to the band. It’s been their traditional set-closer of their Build A Tower dates that started in May 2018, but works equally well as the entree for what’s to come.

The ninety minute set goes by in a flash, with a sea of arms, people raised on shoulders (in Santa hats to keep the festive spirit), those chants and singing back so ferocious it threatens to drown out the band at times. Whether it be the likes of Fool For Your Philosophy and the more reflective Days Like This Will Break Your Heart from Cavalcade, the rarely played Follow Me Down from their self-titled debut or Lives Never Known or the wild ending of Distant Memory from Build A Tower, fifteen hundred people know every word to each of these songs and send them back to the band amplified and sealed with love. There’s moments where we stand there, thinking back to the times where there was ten of us in The Castle or Soup Kitchen, and just drink in something that we said should happen, but never thought would. And it’s magical. 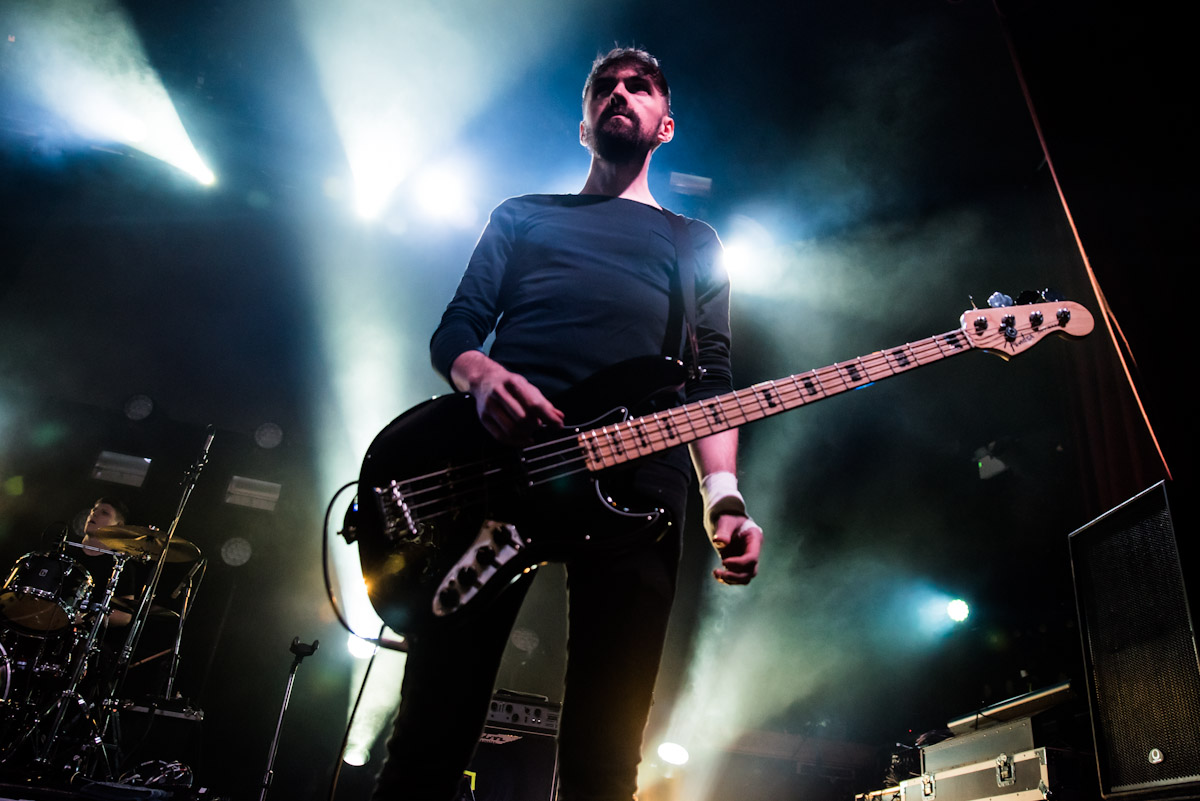 2019 saw them become a full-time band, something Aaron thanks us for profusely mid-set as it’s this army of merch-buying, album-guzzling, touring fans that have made it a reality, and it shows. They’re supremely relaxed and confident, not having to worry about a long journey home and work in the morning, and have honed their art to perfection. They’re not an act with a big show, although the contributions of Ashley Ennever’s lights and Phil Bulleyment’s crystal clear sound should not be underplayed, they simply let what they do their talking for them.

You Opened Up My Heart’s message of “believe enough to lose control, where there’s love there’s always hope” is a case in point, it feels like a mantra for the band and for the audience. The song’s uplifting, there’s darkness in there too, but the end result is a celebration of the triumph of love and compassion over all the bad stuff in the world. The Slow Readers Club have captured that sensation because they’ve lived it, and so have their crowd, and it feels like an almost religious experience where people have come to confess, let everything out and be saved. The penultimate song Forever In Your Debt resonates in this way too, love breaking through the dark clouds and shining brightly and rescuing us all. 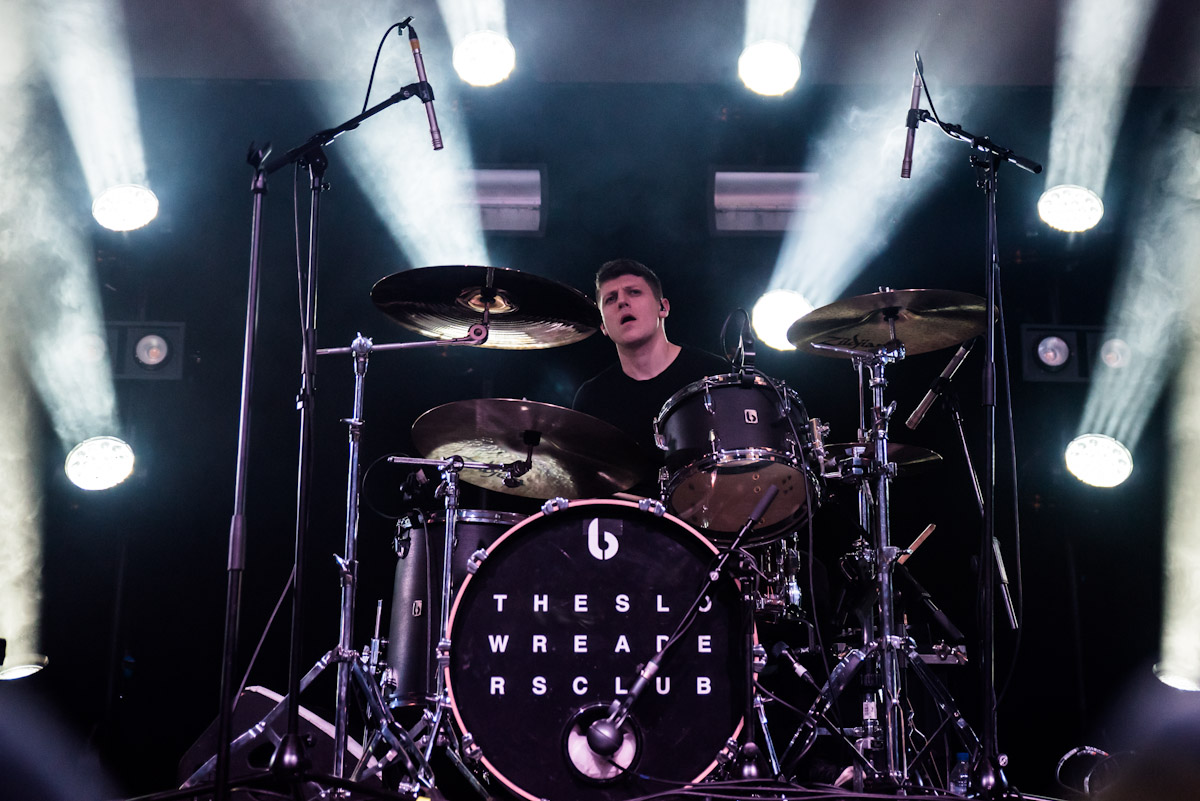 There’s new material too. The Wait was previewed earlier in the year and a second new song Problem Child is introduced later in the set. Both show a progression in their sound, evidence of the more structured way they’ve been able to write and record this year, but also they still retain all those characteristics that have brought so many to their door over the past five years. The Slow Readers Club know what they’re good at, they can’t fake it and change for the sake of change, and no one in the room would want them to do so.

They finish with Lunatic, currently leading XS Manchester’s poll for song of the decade, everyone aping Aaron’s arm held high as it reaches the “build a tower, hundred stories high” line before descending into a jumping sea of bodies as the song powers on. It’s a fitting way to bring their decade in Manchester to a close – a triumphant ending to a very Mancunian fairy-tale story of working class heroes finally getting their day in the sun after slogging their guts out for years with little attention.

The Slow Readers Club played On The TV, Fool For Your Philosophy, The Wait, Lost Boys, Supernatural, Lives Never Known, Never Said I Was The Only One, Days Like This Will Break Your Heart, Start Again, I Saw A Ghost, Grace Of God, Follow Me Down, You Opened Up My Heart, Plant The Seed, Problem Child, Block Out The Sun, Distant Memory, Feet On Fire, Forever In Your Debt and Lunatic.