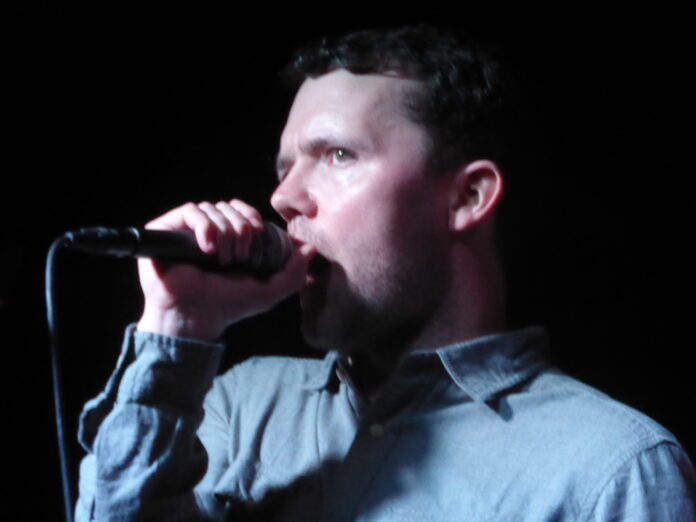 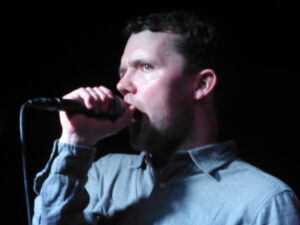 Some bands from Manchester plug away for years before gaining national recognition whilst in their hometown they achieve cult status and fans know the words to all their songs. The Slow Readers Club are one such band.

As you no doubt know, formed out of the ashes of critically acclaimed Omerta, the arrival of guitarist Kurt Starkie gave the new band an added edge over their first incarnation. Bringing with them the old (small) Omerta back catalogue was no bad idea and served as the foundations for The Slow Readers Club’s first album. 2014 sees them on the verge of greatness with a new, potentially phenomenal album on the way.

A packed Night and Day are in expectant mood as The Slow Readers Club take the stage. I last witnessed them play a low key Christmas show in Heaton Moor, opening for Riding The Low. Tonight however, they take centre stage. Opening with the standout track from their self titled debut LP, Sirens, the audience are gripped from the outset. The band are ready to deliver their second album and tonight showcase no fewer than 4 songs, starting with Grace of God. Opening with sythns, it isn’t long before singer Aaron Starkie delivers another soaring vocal. There is clearly a progression from the first LP and judging by the new songs delivered tonight, the second LP won’t be suffering from difficult-second-album-syndrome. 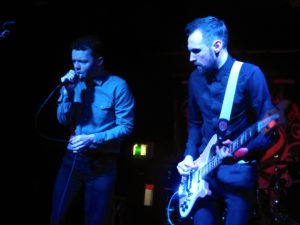 A triumphant cheer of recognition goes up from one punter as he hears Nick’s pounding bassline of Forever In Your Debt, my 2013 single of the year. Start Again, the second new one is even better than the first. The band draw comparisons with bands I am unfamiliar with like Interpol and The Killers but such is their soaring sound and confidence, they need to be viewed and respected in their own right. Their sound fills the room like few other bands do.

Days Like This Will Break Your Heart is introduced as a new one, but has already been released as a B-side on their limited edition single from last year. In truth, the Slow Readers Club B-sides are far better than most bands’ A-sides. Don’t Mind shows a new, more mellower side to the band. Aaron thanks the crowd for their applause, saying “you’ve got to play a few slow ones haven’t you?”

Feet on Fire picks up the pace again, one of the best cuts from the debut record. Short, sharp and punky before Block Out The Sun and an old new one Fool For Your Philosophy ends proceedings to much applause from the Night and Day crowd. A brave way to end a set with a new one, not a crowd pleaser but then again The Slow Readers Club are no ordinary band and their knowledgeable crowd don’t really need a familiar crowd pleaser to go home happy. The new songs all sound like potential singles and this year should see the band go on to bigger and bigger gigs. The momentum is building again, crowds are growing, they have a whole batch of new songs ready and I would bet on the new LP featuring highly in end of the year polls.

All words by Stuart Ralston.  You can find more of his work for Louder Than War here.