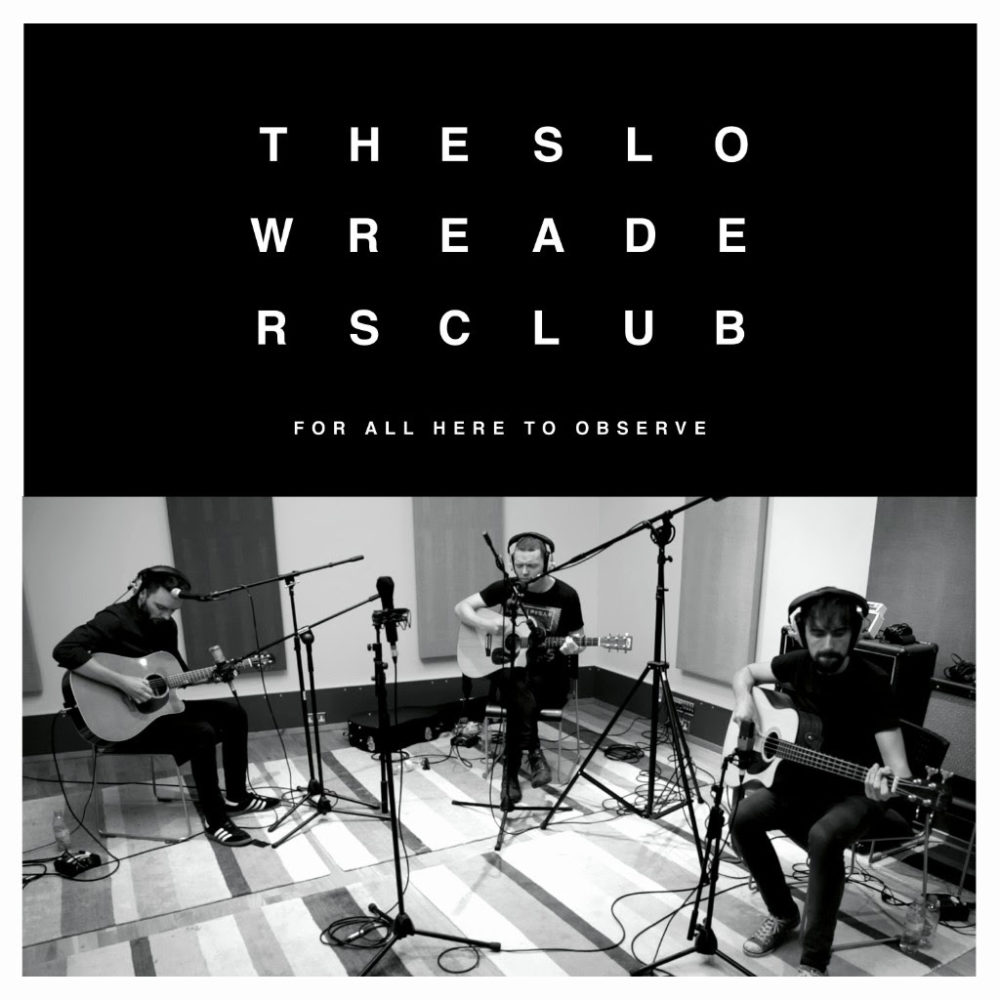 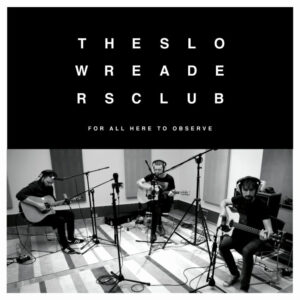 For All Here To Observe (Acoustic EP)

After a cracking year and a top 20 album to boot, the boys are back with a stripped down EP of tracks from their three albums and bare their souls to give a different take on their broody and uplifting indie tunes. And it’s all good reckons Wayne Carey.

Aaron and co return to the studio after Build A Tower (album review here:https://louderthanwar.com/slow-readers-club-build-tower/)  to record some new takes on track from all three of their mighty fine albums. Phil Bullyment is back on board again with that immaculate production he can muster and comes up trumps as usual.

They kick it all off with two stand out tracks from Build A Tower. Supernatural is as good as ever and sound excellent stripped down with Aaron’s vocals coming across in that usual style but more crisp and clear and you just feel that the layers have been peeled off to show the basic structure of the song.

On The TV was always one of favourites on the album and has a slightly different take on the original. As you all know a tale of how the world has gone mad and the fucking goons who run it. It sounds ace acoustic!

Next two tracks I Saw A Ghost and Forever In Your Debt are fan favourites which are usually aired live and sound better than ever with these new reconstruction that sound the same yet are different. The old skool fans will love these takes. I’ll certainly be listening to the early stuff some time soon.

Lunatic was always a cracking opener for an album and like Supernatural the layers are shred for Aaron to bare his soul yet again with that dark but uplifting vocal and unsettling lyrics.

Block Out The Sun from their debut would probably be a big hit if released at this time in their career as it was always one on the stand out earlier tracks in their arsenal. A beautiful, personal, well crafted bit of songwriting they should be proud of.

I love my loud, but I also love my quiet and this is a great little EP from the Manchester quartet that keep giving to the indie masses. The Apollo (the landmark that all Manc bands aspire to in their career) beckons and I hope they save some of their set for an acoustic session to give the audience something to think about with their take on some of the great songs they can write. Three albums in and you know they are almost ready to hit the big time. To throw a curveball by going acoustic is a great move and shows you that like a shit kebab disguised with numerous spices to cover the taste of the meat, Slow Readers are the total opposite. Take off the spices and they show a true talent with nothing to hide. Cracking songs which grow better with every listen.

Tickets are available from HERE