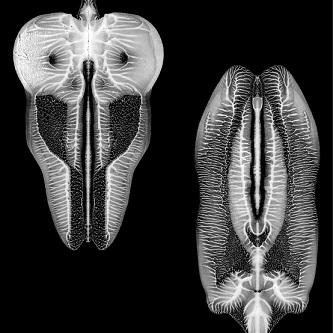 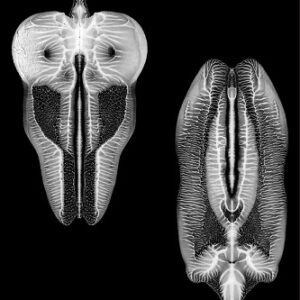 This has to be one of the most incredible albums I’ve ever heard, of that there can be no mistake. Once integral to the Swedish experimental underground, The Skull Defekts have progressed to the forefront of a new age of rock. Their blend of punk, folk ritual and tribal beats is intriguing to say the least, but the sound that is created is something to behold.

Guitars are often distorted and muffled, to create a sound that doesn’t often sound like guitars. The lyrics of Daniel Higgs are bewildering but encapsulating, often clumsy and not fitting into the rhythm but they create an essential strand of The Skull Defekts weave.

Sometimes Velvet Underground, sometimes Pixies, they are a breed of their own. The Fable borders on horror with a driving guitar riff and echoed, synthesized vocals. The beat driving and driving along creates an internal tension with a wall of sound that emanates. Bizarrely, the track makes you want to move your feet and (maybe) dance, it is truly fascinating.

Dances In Dreams is not only challenging but also incredibly listenable. Tribal drum beats are a common occurrence as are peculiar bits and bobs of sounds that slot in and out of every track. The screeching guitars in King Of Misinformation sit perfectly beside a monotonous percussion and random electronic sounds. Echoed vocals and indescribable feedback nestle effortlessly amongst random dubs.

Awaking Dream appears in the middle of the album and begins calmly with subtle keyboard sounds. It rarely breaks this slow pace and its insertion beautifully gives a break to the intensity of the album. It builds slowly, but resists the temptation to go beyond. The vocals are again enthralling.

Slowing down again with the anthemic Little Treasure the pace is broken once more, allowing time for minor reflection. The track listing is skilfully assembled as each track sits perfectly next to the other. The album ends with the mantra-like Cyborganization in which a Burundi rhythm underpins a hypnotic beat resulting in a momentous climax.

Undoubtedly one of the most inventive albums you will ever hear. If there is any justice, we will be talking constantly about this album in years to come.

All words by Paul Scott-Bates. More of Paul’s writing on Louder Than War can be found here. Paul’s website is hiapop Blog. Paul is working hard to save Radio Lancashire’s On The Wire, the BBCs longest running alternative music programme. Follow him on twitter as @saveonthewire for all On The Wire news or follow hiapop Blog on Twitter; @hiapop.