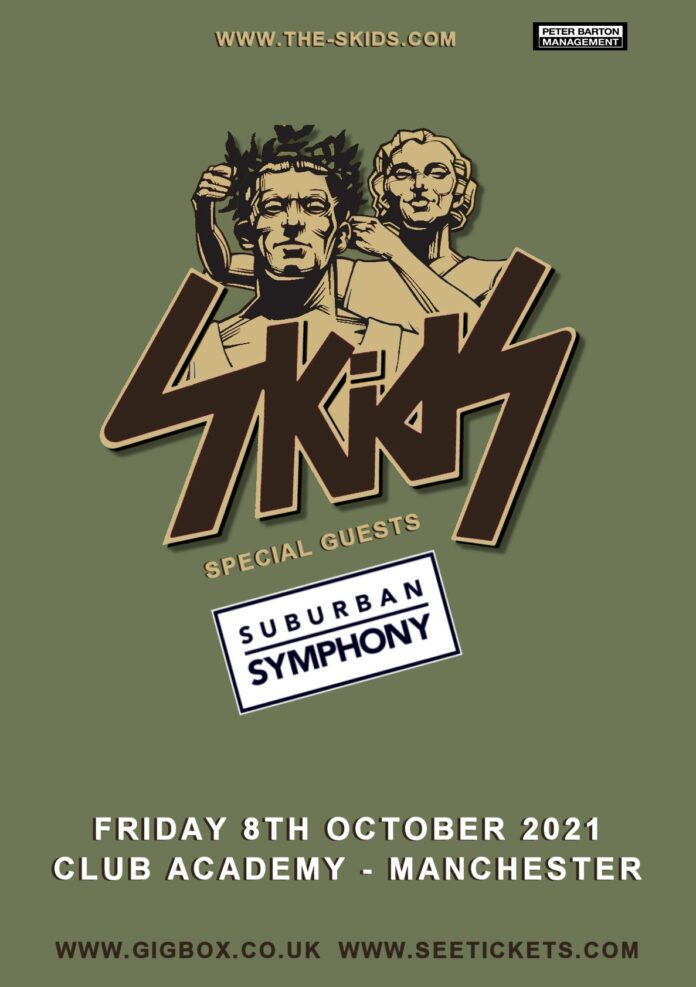 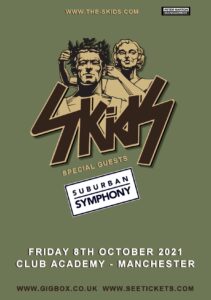 The Skids are on tour! Since reforming back in 2016 to mark the bands 40yrs, the magnificent Burning Cities album (LTW review) has been released, the album entering the UK Top Thirty, this was followed by the acoustic album Peaceful Times, and most recently the band have released Songs from a Haunted Ballroom, an album of cover versions that pays tribute to the band’s hometown venue, the historic Kinema Ballroom in Dunfermline, Scotland. The album features covers of tracks by The Clash, The Adverts, Sex Pistols, Magazine and Ultravox! as well as re-workings of some of their own early material. The Skids have undertaken multiple live tours including festival appearances including headlining the Rebellion Festival in 2017, now that live music is returning The Skids are once again out on the road.

We have teamed up with promoters Gigbox, and are pleased to be able to offer up a pair of tickets to see the band in The Academy, Manchester

To get your hands on the tickets all you have to do is answer this simple question:

Q. THIS COMPETITION IS NOW CLOSED

To enter you MUST email your answer using the subject line Skids (if you don’t our hi-tech team will direct it straight to the bin), along with your full name and address inc a real email to: shop(at)louderthanwar(dot)com

We need a real email as that is how we notify the winner.

Tickets are provided by Gigbox Ltd
Competition entries are limited to one per person; multiple entries will be disqualified.
You must provide a full name, valid email and postal address (Winners notified by email, tickets will be sent to postal address)
No cash alternative is offered
No travel, accommodation, food, drink etc expenses are provided.