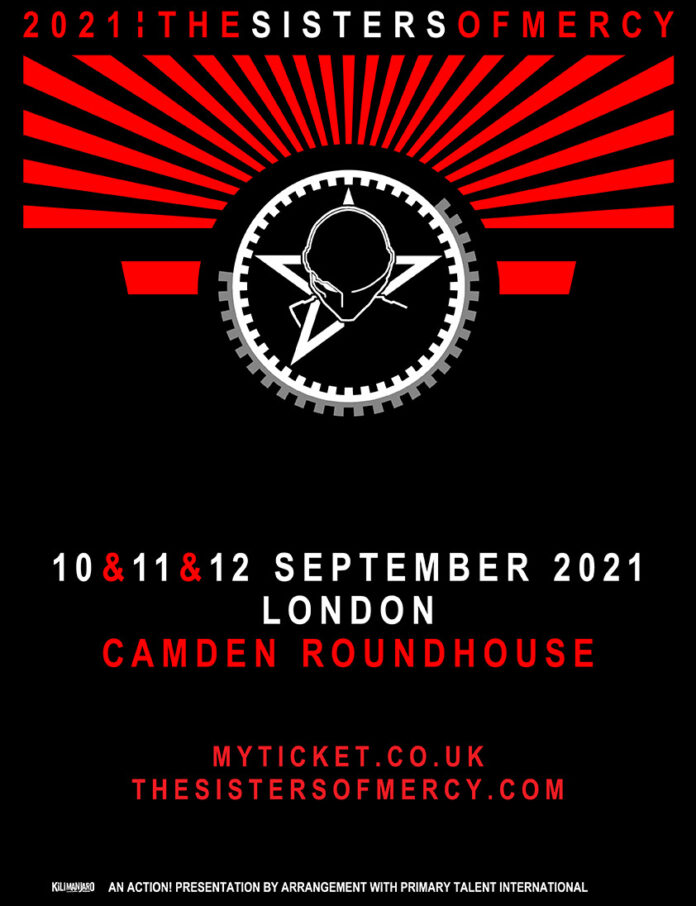 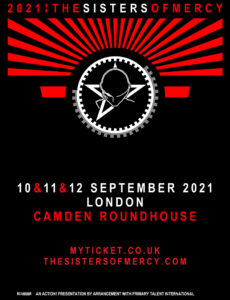 I recently caught up with The Sisters’ longest-serving guitarist, Ben Christo, for a chat about the forthcoming shows.

40 years is a major achievement for a band – congratulations! What do you have planned for the 40th-anniversary shows?

We’re going to put together a really great set of classics, old songs and new. About the only positive thing to come out of lockdown is that it allowed us to get ridiculously prolific and so we’ve got loads of new songs. The pandemic meant we had to curtail our tour but we still had this huge creative energy so we just kept writing and sharing ideas over the internet. Then there was a window in late summer 2020 when got together and worked on the new material in the studio for 10 days and it all came together really well. It’s now just a question of working out which songs we’re going to play live.

Coincidentally I was looking at your website earlier and there seem to be lots of new songs added to your catalogue in 2020. You’ve definitely been busy!

These new songs are really exciting – they seem to cross the three albums; First And Last And Always, Floodland and Vision Thing. With the new material, there’s a perfect marriage of that classic Sisters vibe but it’s also looking forward and energised by the present contemporary sound. We’re evolving but we definitely want to retain that original core appeal.

Andrew Eldritch said that if Trump got to power he’d release a new record. So…Trump has been and gone. Does this mean the new songs might get released as an album?

There’s no immediate plan to record or release anything but we’re feeling really excited by this creative spell. Andrew’s written loads of lyrics over the past year and suddenly we have all this new material.

The current line-up gels really well. Andrew said it’s the most excited he’s felt about the band’s dynamic in years.

2025 marks the anniversary of First And Last And Always. Is there anything special planned to commemorate that record?

Not really – the band does respect the past but we look forward too. There’s no need to do a nostalgic cash-in. It works with lots of bands but not us.

The Sisters Of Mercy had a hardcore base of fans in the 80’s called the God Squad. Do any of them still follow you around?

There are definitely the same people who turn up at the front row for all shows – since I’ve been with the band in 2005. One time when I was up on the balcony at a show and I saw all these people running across the arena when the doors opened because they had to be in the front row. For them, it’s a part of who they are. They see their friends and they travel together. I have huge respect and appreciation because it must cost so much to follow a band around.

In the current line-up there is still no live bass guitarist, right?

Yeah, I believe that since 1994 it’s been all down to Doktor Avalanche. I love what the Doktor does – he gives the songs more of a pop feel due to the intricacies and nuances of the percussion, basslines, and rhythms.

How long have you been with the band now?

I’m the longest-serving guitarist – I’ve been a member since December 2005.
I received a phone call one day from a bloke who wouldn’t tell me who he was or which band he was in but he said was looking for a guitar player and invited me to an audition because they were about to do an American tour. I was very sceptical because they wouldn’t say anything about which band it was but I thought, “What the hell!?”.

At the audition was a guy with a mohawk, a guy with a laptop, and another guy on the sofa with a can of Tenants, a woolly hat, and a pair of shades obviously! I was asked to play some guitar and the riffs were new Sisters tracks. I had a hunch it was the Sisters because they had that Sisters feel about them. So I thought I’d play one of my favourites, Dr. Jeep, and the guy on the sofa in the woolly hat (Andrew Eldtrtich) said, “That’s one of our songs!”. My hands were shaking but I got the job.

I went from working in an off-licence in Kentish Town to being on a tour bus in Death Valley in the space of a few months!

Who do you listen to these days?

I don’t listen to that much new music, to be honest, but thanks to Spotify it’s much easier now. I recently discovered Drab Majesty who I love. He’s this guy who takes a lot of alternative post-punk aesthetics from the 80’s and gives them a new sound.

I’ve also been listening to Jesus Jones who are supporting us on Friday night at the Roundhouse. That’s a bit of a dream come true in itself because I used to listen to them religiously as a teenager – particularly the Perverse album. I think they appeal to a similar type of person as The Sisters. They’re forward-thinking, boundary-pushing and had great lyrics. So it’s a bit mad playing in a band I grew up listening to and being supported by a band I grew up listening to.

Keep up to date with The Sisters Of Mercy online: http://www.the-sisters-of-mercy.com/