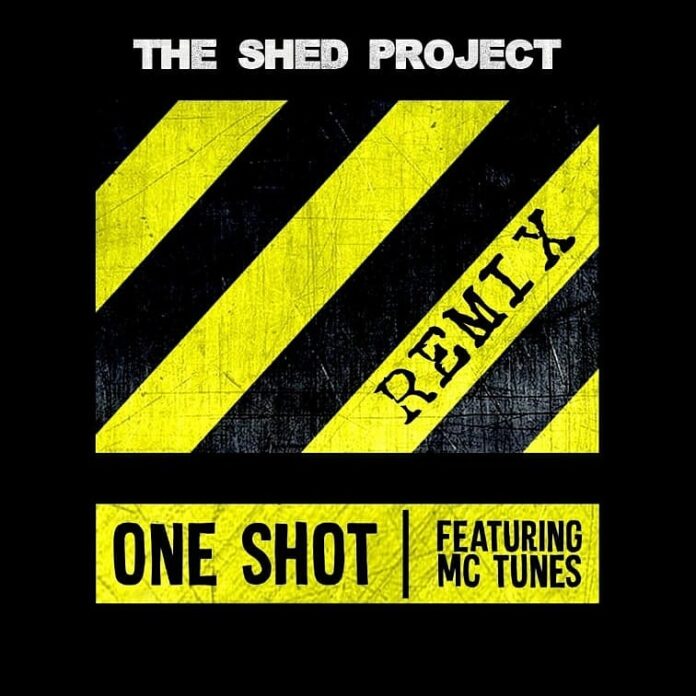 The best band in Bolton are back with a bang. Sam Lambeth reviews.

The Shed Project are evolving. Maybe it’s time they changed their name to The Gazebo Project. They’re no longer Stone Roses-indebted rockers. One Shot takes them to the next level.

It’s an anthem for any age and music that encompasses so many exciting strands. Beginning with a layringtic roar and luscious guitar licks, the mantra “you’ve only got one shot” kicks in over strutting six-string deliciousness and amazing drumwork. So far, so Stone Roses.

But then the trumpets and the synths come in, the vocals distilled into a hushed, echoed coda. As the saxes pound, the guitars shred and the drums rage, you’re taken from a rock club into the dusty desert.

Then The Shed Project dial it up a notch again. MC Tunes, one of the finest freestylers around, adds his meditative baritone, transforming the song even further. A rap then interpolates Oasis lyrics to brilliant effect.

“You’ve gotta live your life,” is the motif running through One Shot. On this evidence, The Shed Project are doing this in spades. It is such a rich mix of different genres, of instruments, of spirits, that it’s damn near irresistible.

This is the kind of song that would soundtrack Fifa, and if there is any justice in the world in a few years’ time people all over the world will be singing this at footy stadiums. It’s a genuine anthem of goodwill and love, encompassing so many striking sounds.

The Shed Project continue to rise. Watch this space.