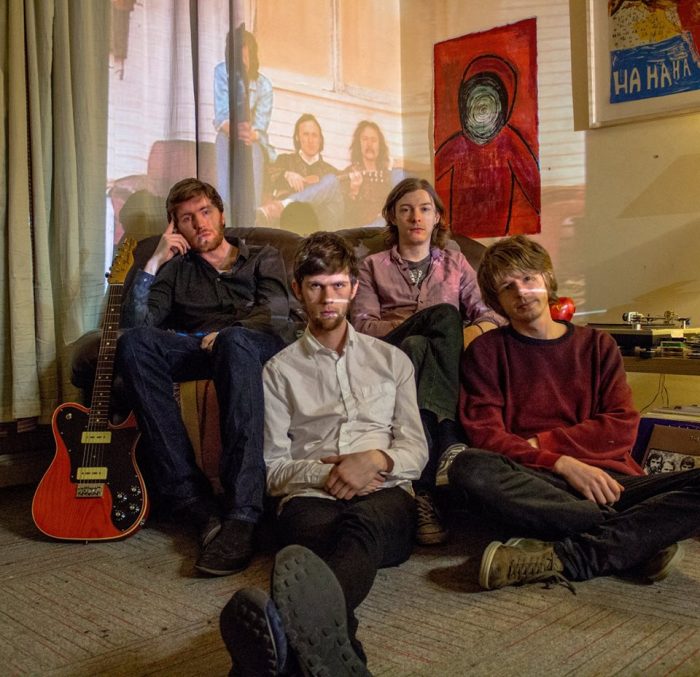 The Shaker Hymn:  Do you think you’re clever?

The Shaker Hymn hail from Cork, Ireland and have been a band pretty much since 2012/2013. Louder Than War’s Ioan Humphreys reviews 2nd LP.

The five core members are all childhood friends and the bands inception really came about after a two month road trip to America that seemed to seal the deal for this frighteningly talented group. This album, ‘Do you think you’re clever?’, is the follow up to their 2014 debut LP ‘Rascals Antique’ and being brand new to this band, I would go out on a limb here and say that the trip to America not only sealed their fate as a band. But it also helped seal the sound of the band too. On first listen, you would never guess this band was from Ireland or anywhere close to the UK. And I am not saying this is a bad thing or that the band is trying to sound American. Or that Ireland has a sound all of its own. What I’m trying to say is that the band really have embraced Americana, as well as adopting a sound that is very reminiscent of certain American bands around at the moment. Plus the lead singer’s voice is incredible and I can only compare it to two other singers, both American, so what am I to do eh?? Plus, the five core members are joined by another eight session members providing the most majestic string and brass accompaniments that take the band into the realms of lambchop, American Music Club and even some Bonnie ‘Prince’ Billy.

So first off we have the brooding ‘I don’t ever want to see the world’ that is beautiful in its simplicity, yet bolstered by the afore mentioned strings and brass arrangements. Plus, Caoilian Sherlock’s vocals are big, bold, romantic and yet menacing, a little like the Swans’ Michael Gira (the first of my comparisons), but also bordering on Glen Campbell. Lovely stuff. Next up we have the ‘Waters of Sea Change’ that has Sherlock crooning about Marie Antoinette in a shift of tone that immediately screams “this band have a lot up their sleeve”! And they do. Track three has a great riff running throughout and it’s this track where my second comparison comes in. The Shaker Hymn sound a lot like The Walkmen and Sherlocks voice is soft and beautiful like Hamilton Leithauser’s. But again, this is no way a complaint. Both Leithauser and Sherlock could sing the telephone directory (remember them?!?) and it would be majestic.

Elsewhere they seem to channel Pink Floyd (Hole in the head) and have riffs that The Black Keys would like to steal. ‘Trophy child’ has great tongue in cheek lyrics (much like the rest of the LP to be honest) and shows off the bands playfulness. Again, the strings and brass bulk out the sound on this track.

The last few tracks slow down to a soft undulating Americana, but the charm, wit and sophistication that runs through this LP is there to the beautiful gentle end.

There are big sounds, big ideas, great production and lots of charm. This second LP by The Shaker Hymn really is a grower and I hope they get out on the road pretty soon. Personally, a mid afternoon slot on the Mountain Stage at The Greenman Festival would be perfect for this lot. A pint in hand, the sun on one’s face and the gentle waves of The Shaker Hymn wafting out over a Welsh countryside. They would go down a treat. What a lovely revelation. LP three please when you are ready!

The Shaker Hymn can be contacted via Facebook and listened to on Bandcamp. They also tweet as @TheShakerHymn.