Home Music The Shadracks: Barefoot on the Pavement – Exclusive preview 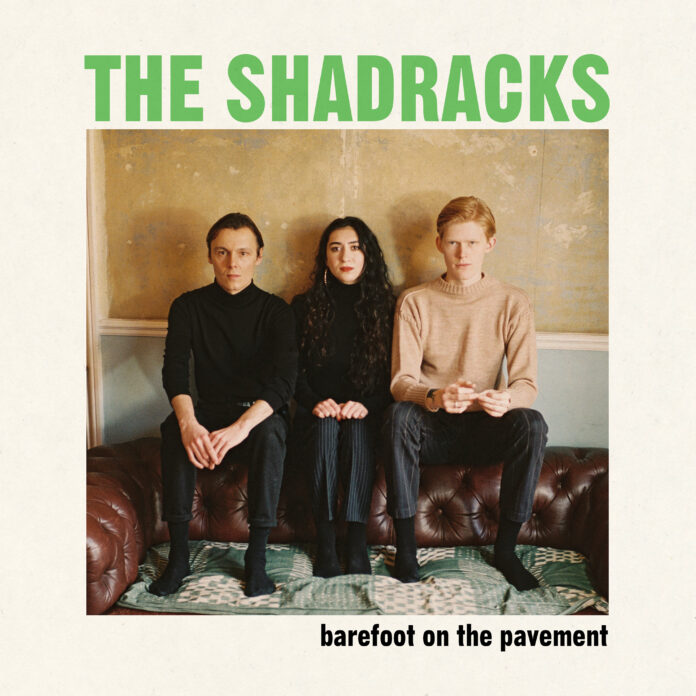 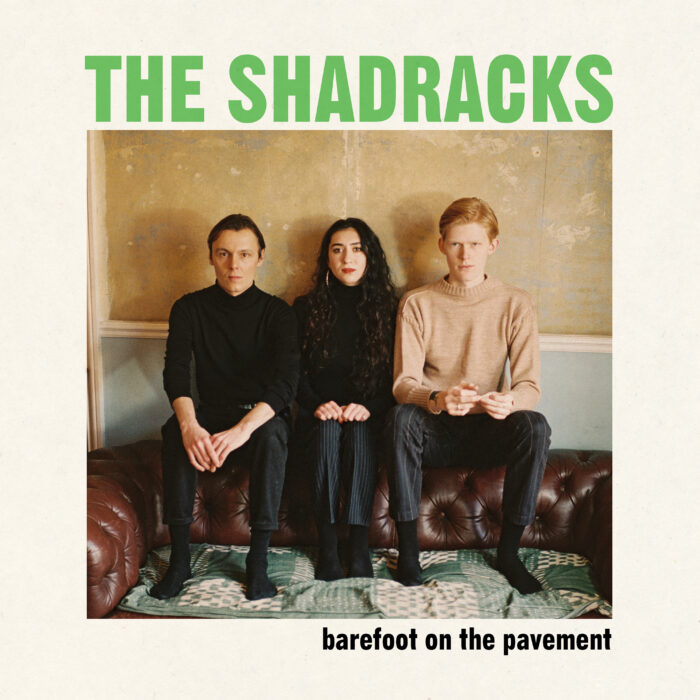 The Shadracks –  ‘Barefoot On The Pavement’ (Damaged Goods Records)

The world of Garage Rock/Medway Punk/ underground rock’n’roll that refuses-a-label, has always been unofficially ruled, benevolently, by King Billy Childish. And lo, he gave unto the world his first begotten son, Huddie – and The Shadracks are his band.

The Shadracks, a three-piece rock n’ roll group hailing from Medway, Kent, return today with a new cut from their forthcoming second album ‘From Human Like Forms’, due August 13th via Damaged Goods Records. Titled ‘Barefoot On The Pavement’, the song is, according to guitarist and vocalist Huddie Shadrack (and son of punk and art icon Billy Childish, who also produced the album) “about alien abduction, Ignorance and bliss.”

‘How am I to cast off the shadow of my father, which looms large over everything I do?’

Huddie Shadrack may well have once thought to himself.

‘I know!  I will buy a synthesiser! Just to see the look on his face and see if he will crumble to dust like a vampire in sunlight when he sets eyes upon it’.

But then again, he may have just picked up a guitar one day and thought ‘this is cool’.

Billy, having suffered at the hands of and from the neglect of his own father, as documented in his art, was I’m sure an ever-present source of parental encouragement in whatever his offspring chose to do.

‘I want to form a Morris Dancing Hip-hop troupe father, to perform the works of Kylie Minogue in Latin.’

Huddie might have said to his father one day.

‘You will form a garage rock trio and make new and interesting sounds with them and write simple but strangely surrealistic lyrics my boy or you can get out of this house!’

I am confident that Wild Billy never said.

It certainly sounds other worldly with its moody, gentle guitar and slow brooding rhythm, evoking images of grainy sci-fi movies swamped in eerie mystery and intrigue.

Journalist Scum as I, will always invent a new pigeonhole category to confine a new bands sound to. Hence, this is Garage Noir. (I thank you.)

Seriously, it’s a great vibe. Uncluttered and airy, yet sinister with a touch of cinema. (Made me think of East End eyeliner post-punks Wasted Youth also!)  I don’t imagine the whole album will be exactly like this – but will be Garage Rock – a new and exciting variant.

The Shadracks are joined by bassist Rhys Webb (from The Horrors) and drummer Elisa Abednego and ‘From Human Like Forms’ features fourteen tracks of taut, stripped-down garage punk that has the capacity to be as whimsical as it is stomping, the album sees The Shadracks achieving giddy new heights in their song writing and performing abilities.

The anticipated release will be complimented by videos for the album’s single releases shot by innovative film maker, and former The Jesus And Mary Chain bassist Douglas Hart.

The Shadracks will be playing at the infamous Cave Club, at Moth in East London on August 13th to celebrate the release of the album. Tickets available HERE

All words Ged Babey. Press release content in italics.  Artist Quotations are fictional- from the fevered imagination of GB. (No slight intended)