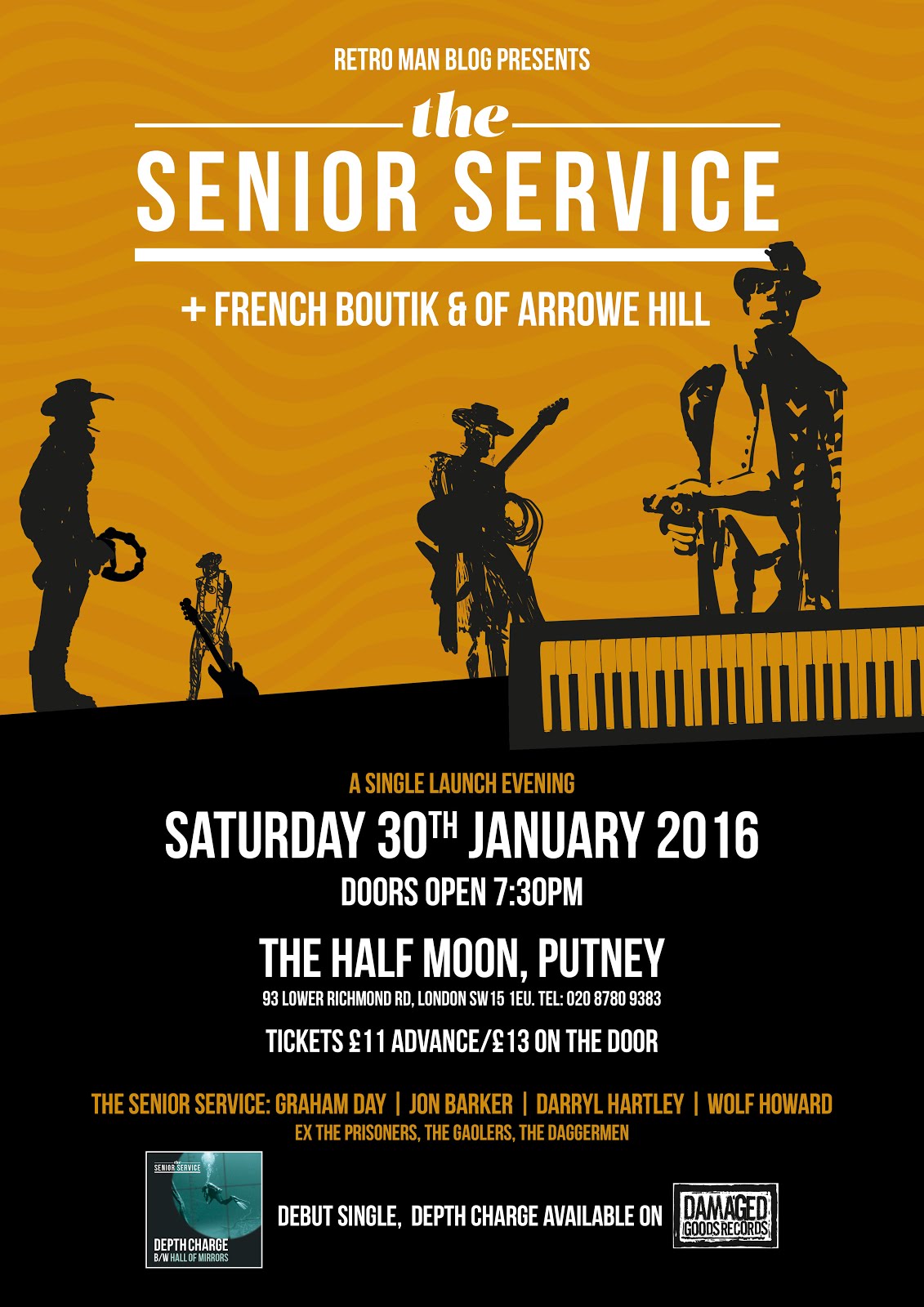 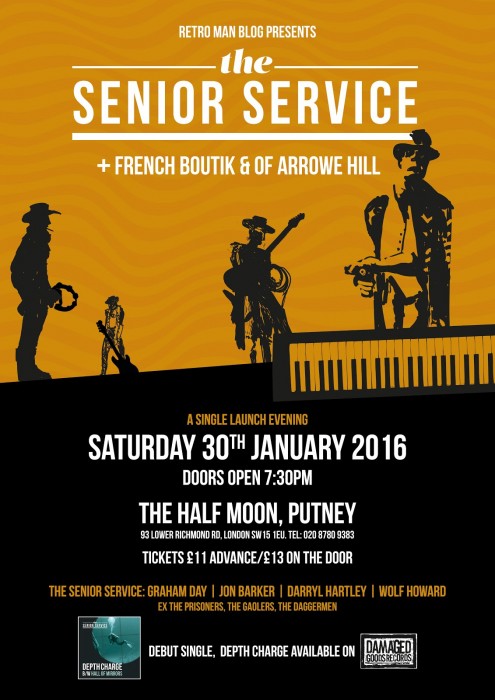 The Senior Service are Coming!

The Senior Service are the latest band to burst forth from the little clutch of towns known collectively as the Medway. However, they are no newcomers (as their name may suggest), for they have been in some of the biggest bands to have come from that area including The Prisoners, The James Taylor Quartet, The Mighty Caesars, Billy Childish & The CTMF, The Masonics, The Buff Medways and The SolarFlares amongst others. The line-up consists of Jon Barker on Hammond organ, Graham Day on guitar, Darryl Hartley on bass guitar and Wolf Howard on drums and percussion and they have been close friends throughout and have always been into film themes and instrumental music. Amongst their influences are John Barry, Barry Grey, Booker T and the MG’s, Ennio Morricone and The Small Faces.

“We got together to play instrumental covers because I happened to have bought a Hammond organ” says Jon, “but we dropped that idea before we played a note and quickly moved onto our own stuff.”

With a new single “Depth Charge” to be released on Damaged Goods records in January and an album to follow soon after, the recordings have an organic feel to them that only close, like-minded friends can achieve, and it feels like the time is just right for a fresh batch of exciting tunes played on antique instruments by young-minded lovers of Sixties instrumentals!

Retro Man Blog and Damaged Goods Records present the launch party for the debut single by The Senior Service. The band will be making their first ever live appearance along with very special guests French Boutik and Of Arrowe Hill.

Advance Tickets £11 will be available here.

And here are links for the quite excellent RETRO MAN BLOG  and the ever reliable DAMAGED GOODS RECORD.