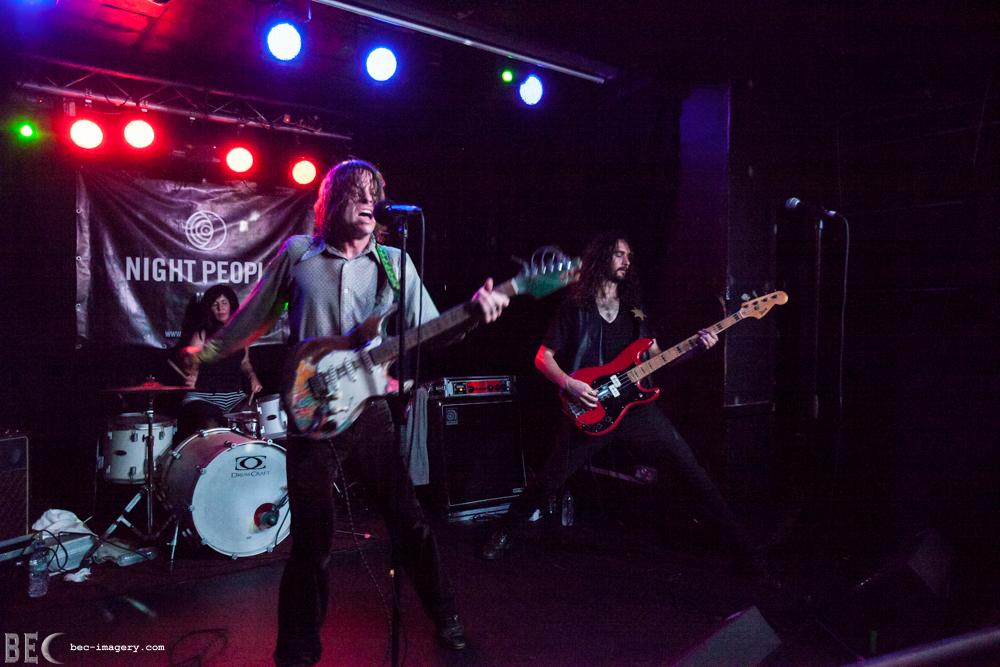 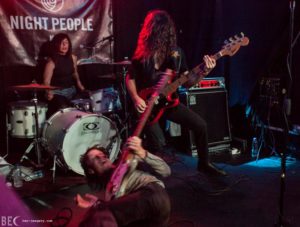 The Schizophonics brought their high octane show to Night People in Manchester with some excellent support from Sky Valley Mistress, Rival Bones and Shallow Waters. Louder Than War’s Roxy Gillespie was there to experience this unforgettable show.

Even as the first punters drifted into Night People in Manchester there was a certain electricity in the air. The Schizophonics hail from San Diego but are gaining quite a following in Manchester after performing here three times in the last 18 months. Not that they were the only act to draw people out on a Thursday night. The support bands were also of an exceptional quality.

The evening began with a slow, forceful set by Shallow Waters. Their cool, bass-driven psych-rock with soaring, spacey vocals was a great start to the evening. From the first song Going Nowhere Fast to their final offering No Time To Die the set had an atmospheric shimmer about it. The sizzling slow-burner Stay was another highlight. 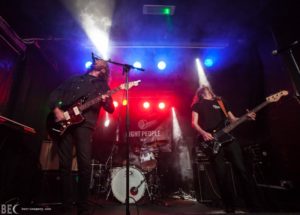 Night People’s crowd obviously loved Rival Bones, the next band of the evening. For two guys they provide an exciting wall of rock; a hard-hitting sonic assault topped with some very fine vocals. The set started with one of their best songs Want You Madly, setting the tone from the beginning. Rival Bones never set a foot wrong as they smashed their way through songs like Great Divide, Scars and Robot Girl. They finished on Hot Blooded, their next single due to be released this November. You should make time to catch this duo live. They are a band who continue to go from strength to strength. 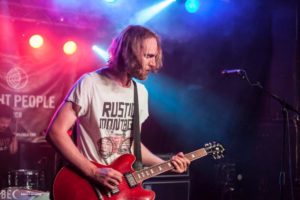 By this time the place was pretty full and the dancing had got going at the front of the stage. Sky Valley Mistress continued the fine rock vibe the other bands had begun, crashing into the first of their very fine rock numbers. The band may all have been dressed in white but their music was as deep-down dirty as it comes; the music steamrollered off the stage. Vocalist Kayley Davies has a perfect voice for these rock behemoths and their big sound. When the tempo did drop, the music had a sultry southern feel. With tracks like the opener Punk and Skull and Pistons, the set was a big hit with the crowd.  Ending with the explosive Electric Church, a true rock anthem, Sky Valley Mistress showed they are a real class act. 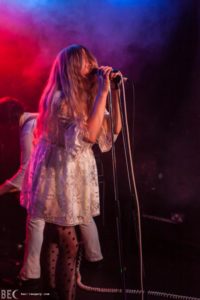 The Schizophonics never disappoint. From the first number their tight garage sound was punctuated by the fireball that is Pat Beers, using every inch of the stage and the space around it as an arena for his wild, leaping dance moves. How he plays guitar and sings so well is a true miracle. With a sound and special rhythm section to tether him musically, he whirls through the set. A gig by The Schizophonics is one of the coolest things you are ever likely to see; a real garage rock masterpiece. By the time they hit Tell Me Your Name and The One I Want the crowd were going wild and the guy who had been dancing for most of the evening was joined by others infected by the energy emanating from the stage. The band continued, Pat Beers breaking out into the audience, teetering on the barriers and flinging himself down, still singing, into the crowd. Electric and Something’s Got To Give continued the set, which drove onwards at break-neck speed to the concluding tracks, covers of Re Make Re Model and Whole Lotta Shakin Goin On, which sent the crowd into an even greater frenzy. An amazingly entertaining set from this stunning band. 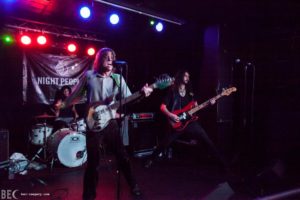 All good things come to an end, but this had been a stellar night. Promoter Macauley Remmer had brought together a brilliant night’s entertainment. This was truly a feel-good night to remember.