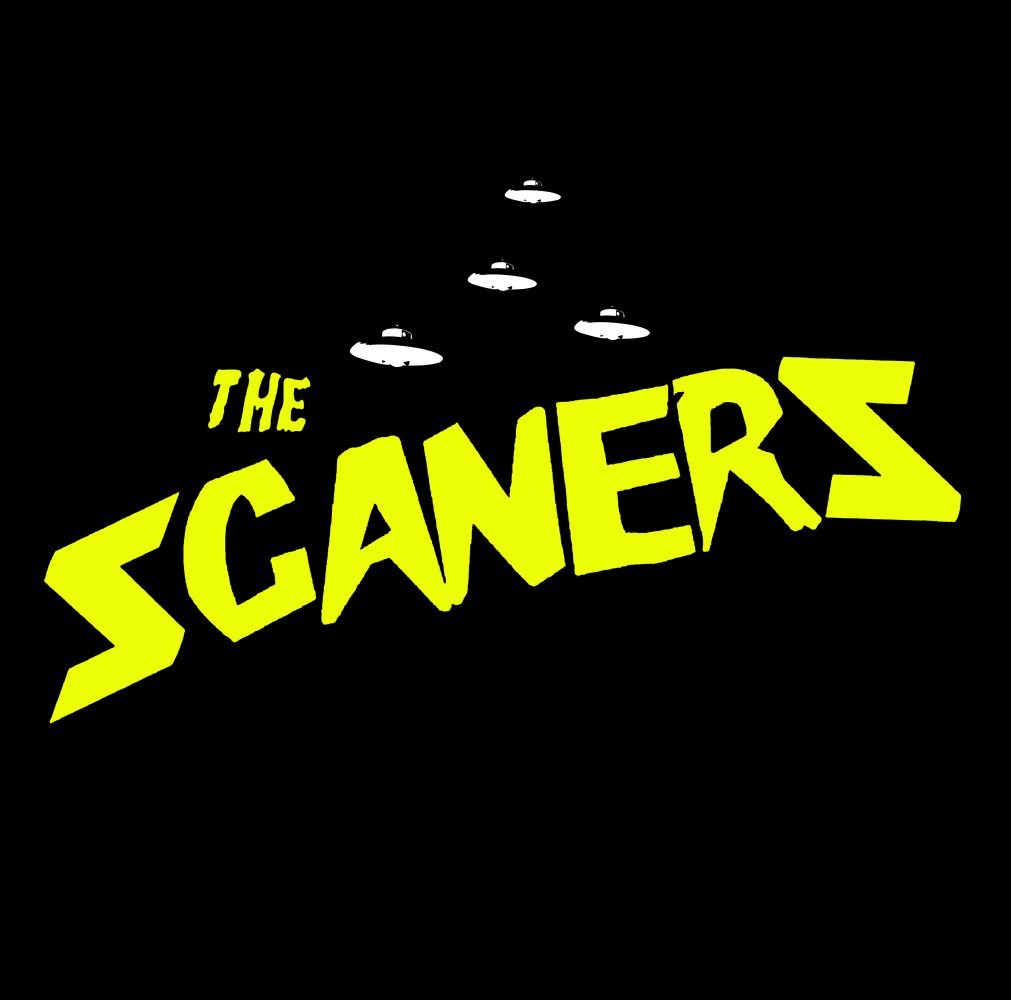 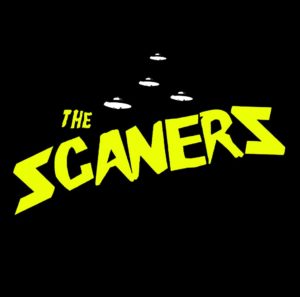 France’s alien-gonzo-punk rockers, The Scaners, take off with their eponymous debut LP, producing a riotous romp through the stratosphere. Louder Than War’s Nathan Whittle climbs aboard their craft for the journey.

From the name and the album artwork, it’s clear from before the first blast of pulsing organ that jets from your speakers that France’s Scaners are about to let rip with an album full of tales from their alien craft. And that’s exactly what they do. The veritable space alien concept album for garage heads launches with the hypnotic Abduction, because of course, how else would our journey start? The simple catchy riff and sparse drums behind it prop up a yelping double-tracked effects-laden vocal that all pulls together to encapsulate the woozy paranoia of being pulled silently from your refuge. That out of the way, we know where we are on Spacecraft, which rockets along at a higher pace as your panic sets in. It’s done and gone in a minute, blazing the trail for I Don’t Want To Go. Coming in with pounding drums and heavily distorted vocals over jabbing organ, it sets out a plea from our protagonist. “I don’t want to go to the dark side. I don’t want to die.”

It seems however that the grovelling pleas are bound to go unheeded as we fly past Checkpoint Planet. The driving rhythm behind the wrenched and brooding vocals bring a sound of the B-52s covering the Stooges I Wanna Be Your Dog for a space-disco dancehall. We’re far from rescue at the Cantina now. The Dries follows, perfectly summing up the album sound with its Ramones vs Dickies covering Devo spikey punches and whirling organ before Side A closer, and one of the stand out tracks on the album, Enjoy Your Flight implores us to do just that. Over a Damned-like jaunty beat, The Scaners inform us that we’re past the point of no return and all we can do is sit back and relax, a feat easier said than done with the great new-wave punk sound that they’ve crafted on this debut album.

Side B opens up darker with There Is No Place. Having taken their foot off the hyperdrive, the band drop into a swirlingly mesmeric menace, guttural growls backing a looming snarl over a dark driving rhythm. Out of the hypnosis comes another album highlight as we are dropped in front of the alien overlords who shake us out of our stupor on the rollicking We Want To Talk To Your Leader. The song rockets along at breakneck speed, a speed and drive that they maintain on the following Video Tape. Flying Fuck launches with a distorted siren that drops into a chugging punk-o-rama breakout, making it clear that The Scaners are going to fly us higher and faster into space before leaving us to drop off and plummet back to Earth. Rounding off the album with the more garage-inspired couplet of Modern Fissure and Levitation Train 2077, The Scaners leave us battered and pummelled, our heads still spinning.

The Scaners’ debut album is a great mix of garage, punk, and new-wave, tied (almost) perfectly together in a story worthy of the finest trash B-movie sci-fi. It’s a shame that the songs that make up the closing quarter, while certainly strong, seem to move away from the concept that captivates you from the start. All-in-all though, a fantastic debut for a great new garage band who bring together classic garage punk influences and wrap them up in their own unique style. We await the next abduction.

Listen to We Want To Talk To Your Leader here: