Home Music Music Interviews The Saints tour the UK this month : an interview with Chris...

The Saints tour the UK this month and will be playing a special show at Manchester Ruby Lounge on… full details and tickets from here.

The Saints are one of the greatest rock n roll bands ever.

For some people they may be the greatest band they may have never heard of.

They seemed to appear from nowhere in 1976 just before punk exploded with their debut single, I’m Stranded, in September.

The song is a still thrilling rush of guitars and a great, sneering vocal that predated all the UK stuff and was invented in isolation in Brisbane in Australia by a band that formed in 1973.

I’m Stranded defies time and still sounds as thrilling as when first released- all minor chord melancholy thrashed through fuzzbox into a brilliant wall of sound. It was one of those ultimate rock n roll statements- like the Stooges No Fun or the Ramones Blitzkreig Bop- songs so perfect in their simplicity and their content that they acutely describe the innate rock n roll condition.

The Saints initial snarling, fast and furious, guitar wall of sound salvos would be called punk rock if it were not for the fact that they not only predate the form but pretty well invented the sound in complete isolation in Brisbane in Australia in the mid seventies without really getting the credit- maybe because they were pretty determined to not be called punk and had a wilful hatred of scenes.

They combined this insanely brilliant wall of sound guitar and tight as fuck rhythm section with Chris Bailey’s fantastic drawling vocal to create a debut album that sounded both central to the year and brilliantly detached from it.

Their third single, This Perfect Day, sounded like all the greatest Rolling Stones singles rolled into one then cranked through a fuzzbox and blasted by the greatest petulant vocal of all time.

It’s one of the great records of the period and typically of the stupid and cruel world of rock n roll it was largely ignored by the punk generation who were confounded by the band’s clothes and non-designer demeanour and lank hair and left them for dead in cultdom.

The Saints appearance on Top Of The Pops in 1977 playing the song on the same show as the Sex Pistols film clip for Pretty Vacant is the stuff of history. Looking scruffy and out of place, the band made zero effort to be showbiz oozing a studied boredom instead of a fake boredom. They dressed down- looking like street tuffs sneering at the cardboard world of Top Of The Pops as the brilliant song ricocheted across the cathode ray as it got to number 34 in the charts their only top 40 in the UK.

It would be fair to say, though, that everyone who bought a Saints record formed a band though and that their position in R n R history is assured, because the people that know, really know and the band have become hallowed, er, saints over the years.

Growing up in Australia at the time, Nick Cave described the influence of The Saints by saying, “They were kind of god-like to me and my colleagues. They were just always so much better than everybody else. It was extraordinary to go and see a band that was so anarchic and violent.”

Whilst in the UK awkward sods like the Fall and the Nightingales and my own band, the Membranes, took a lot of their cues from the band’s wilful obstinance at not playing of the game.

Even the likes of Bob Geldof from The Boomtown Rats is quoted as saying, “Rock music in the seventies was changed by three bands—the Sex Pistols, the Ramones, and The Saints.”

The band’s second album was preceded by the Know Your product single which was bolsted by the shockingly brilliant Stax style horns that confounded the youth at the time but sounds fantastic to this day and underlined the style switch of the band’s upcoming second album, Eternally Yours, which added horns and other instruments to their sound in a brilliant combination of sweet soul power and even more hostile guitar rush.

Their third album, Prehistoric Sounds took this to a logical conclusion and is perhaps their best work and wad the alt album before the band’s core line imploded leaving frontman Chris Bailey to continue with various line ups releasing intermittent albums and touring over the years.

Remarkably the band are still touring now, still built around Chris Bailey, who has gone through several line ups and releasing a dozen albums that have kept up the quality level over the years. Bailey switches between several projects from solo to collaborations to the Saints and is always creating.

Born in Kenya to Irish parents, who moved back to Ireland and then to Australia when Chris was 7 before settling in Brisbane? The Saints came together at high school when Bailey was 15 and met Ed Kueper and drummer Ivor Hay in 1974.

They were totally out of step with the then Australian music scene and had to release I’m Stranded on their own label and even put on their own gigs in the cellar of their house until Sounds music paper made them single of the week in Sept 1976 and they were signed by EMI where they still did not fit in, resisting the labels attempts to spiky them up and market them as identikit punk.

Sharp, funny and articulate and acerbic Bailey is nowhere near as difficult as his reputation and makes great company as he explains his non-conformist stance and power of longevity.

Hello Chris where do we find you these days?

‘I’m living in Amsterdam. It doesn’t matter to the Saints where I live. I’m a vagabond! I have no fixed abode I like to move around. The band lives in different countries and I like that idea. I only get back to Australia every few years and, despite the fact that I grew up there and we are considered to be an Australian band, I am actually from this end of the planet, my parents moved to Australia when I was 15 and I never felt fully at home there.

I really like Amsterdam, it’s a beautiful city. Interestingly I’m the only person I know who doesn’t smoke pot here, people always assume that’s what I’m here for but I find it an inspiring place for the art, the architecture and not getting stoned!

And what of Australia?

‘Well at last we have been recognised back there. The business has finally recognised us and I get recognised in the streets. It took some time.’

You never seemed to fit in- is that because of your moving around background?

‘I have never been fond of scenes. The Saints have never been very good with the trends. We were always a little out of place and I think we liked it that way. Fads come and go. I suppose I am what you would describe as a cult. I’ve never been a pop star. That sort of world is something I would never have been comfortable with. My main motivation is to write songs and to be free to make the music that interests me. I have no interest in being trapped. I like being on the outside of what they call showbiz, the Lone Ranger.

I never thought of myself as a singer initially, I was just the one who could sing the loudest but over the years I think I’ve made a pretty good stab at it but in reality I’m a songwriter, that is what I would describe myself as.’

Do you see much of former Saints guitar player, Ed Kueper these days?

‘I really respect Ed’s talents but we just can’t work with each other all the time. I played some shows with Ed a couple of years ago. And it was interesting that we had the same dynamic, as ever between us, I’m not sure if that’s a good or a bad thing. Of course we are both dictators in our own little worlds so working together meant a little bit of compromise. ‘

And what can we expect from the Saints on this tour?

‘I’m not even sure myself, the set will pick itself and there’s a lot to choose from!’ 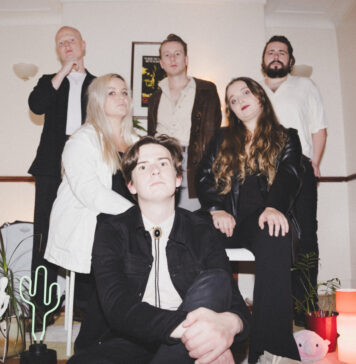